Combatting erasure: How to craft a Land Acknowledgement on Northwestern’s campus 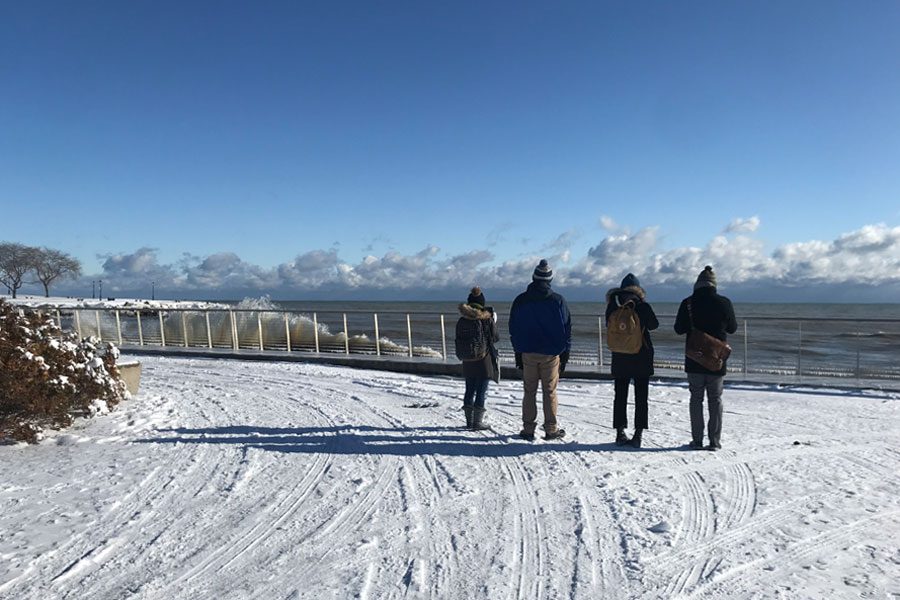 Campus nature walk participants pause to appreciate the land and water where Northwestern was built. Northwestern lies on the lands of the Council of the Three Fires.

“The Northwestern campus sits on the traditional homelands of the people of the Council of Three Fires, the Ojibwe, Potawatomi, and Odawa as well as the Menominee, Miami and Ho-Chunk nations,” Northwestern’s Land Acknowledgement reads. “It was also a site of trade, travel, gathering and healing for more than a dozen other Native tribes and is still home to over 100,000 tribal members in the state of Illinois.”

Northwestern began its Native American inclusion initiative in 2014, and has since popularized the acknowledgement of the land the University sits on, as stated above. From University-sponsored events to email signatures, NU community members recognize this statement as a sign of recognition and respecting Indigenous land.

As a part of Northwestern’s “30 Days of Indigenous,” a celebration of Native American Heritage Month, Jasmine Gurneau, the chair of NU’s Native American and Indigenous Peoples Steering Group, and her colleague Aaron Golding led a training session on Monday for NU students to learn about land acknowledgments and their importance.

Gurneau, a member of the Oneida and Menominee nations, said land acknowledgments are crucial to combatting the erasure of Indigenous peoples and settler colonialism.

“Settler colonialism is literally trying to erase any trace of Indigenous folks here,” Gurneau said. “The Land Acknowledgment disrupts that erasure and that invisibility.”

Gurneau added that without the dispossession of Indigenous land, the University would not be able to exist. As an institution, she said NU has the responsibility to educate its community about the history of the land it sits on and the original caretakers of the land.

Golding, assistant director of Multicultural Student Affairs and a member of the Seneca Nation, added that land acknowledgments “challenge folks to rethink history and their relationship to history.”

Land acknowledgments, Golding said, also build off of the Indigenous practice of showing respect toward the land you’re on. Giving a Land Acknowledgement is more than just checking a box off on a to-do list, he said.

“At the heart of the Land Acknowledgement is a commitment to being or developing relationships with Native and Indigenous people,” Golding said. “Land acknowledgments on their own without building relationships may feel hollow. They feel performative.”

Some students and faculty at the University have also included land acknowledgments in their email signatures, or have downloaded Zoom backgrounds that recognize the campus sits on the land of the people of the Council of Three Fires.

As a part of Wildcat Welcome, students have to complete a True Northwestern Dialogue about land acknowledgements to learn about what they are and whose land the campus lies on.

As land acknowledgements become more mainstream around campus, Gurneau said she hopes more people will join the movement to combat the erasure of Indigenous peoples.

“The Land Acknowledgement is just the first step to disrupting the erasure and visibility of Indigenous people,” Gurneau said. “This is everyone’s work.”