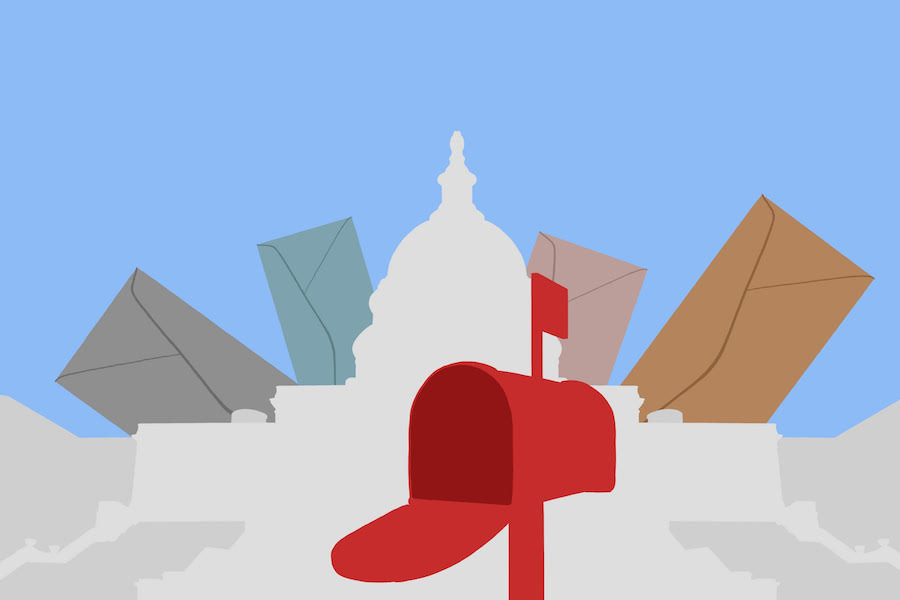 It has been three months since Salah Bouacha received federal assistance. As Congress returns for the year’s final session, he hopes legislators strike a deal on a stimulus package.

After 29 years with the Kellogg School of Management, Program Assistant Salah Bouacha was laid off in April.

Shortly after, Bouacha received his first stimulus check through the Coronavirus Aid, Relief, and Economic Security Act. But it has now been three months since he last received federal assistance, he said. If Congress doesn’t strike another deal before Inauguration Day, he said his family will be in a “grave situation.”

Amid surging coronavirus cases and renewed state regulations, legislators are returning to the Capitol this week for the “lame duck” session. According to the Congressional Research Service, a “lame duck” session occurs whenever one Congress meets after its successor is elected but before its own term ends. Recently, such sessions have usually focused on spending provisions — not the likes of the massive stimulus bill currently under negotiation.

Party leaders from both sides of the aisle have expressed interest in passing another relief bill. Senate Majority Leader Mitch McConnell recently said an economic stimulus bill would be the focus of the upper chamber. This week, House Speaker Nancy Pelosi said record numbers of COVID-19 cases raised the urgency for a bill.

But Democrats and Republicans have been negotiating for six months. Bouacha said following the timeline has left him feeling like a “pawn” stuck in a partisan entanglement.

“It’s like a mirage we’ve been chasing for three months now,” Bouacha said. “They’re close, then the next day it’s very disappointing. This game has been going on for almost three months and I don’t see an end in sight.”

Bouacha is one of more than 12 million people unemployed in the country. He wants to work, he said, but it’s a bad time to be looking for a job, and the University has done little to help him find one. Though his son is working, he said he can’t rely on that alone.

The economy can’t rebound until the pandemic is contained, according to Institute for Policy Research Director Diane Whitmore Schanzenbach. In the meantime, she prescribed a “pretty straightforward cocktail” of policies that could curb the recession’s impact.

Reinstating the $600-a-week supplement to unemployment benefits would help, Schanzenbach said. Though she’s not convinced it has to be that exact number, a $400 weekly supplement could also make a difference.

Schanzenbach added the pandemic-driven recession has created higher rates of food insecurity and general hardship. She said economic revitalization is crucial to mitigate the effects of this trend. Extending the Supplemental Nutrition Assistance Program is a key piece to the puzzle, she added.

Data from the Center on Budget and Policy Priorities show dramatic increases in the number of households struggling to feed themselves — 81 percent of adults said affordability was a factor in them not having enough to eat in 2019. Nine percent of households without children reported they sometimes or often didn’t have enough to eat in the last seven days, according to data from mid-October. For households with children, this number is 14 percent.

Finally, Schanzenbach said state and local finance grants would help states continue to fight the virus without making cuts to their education and infrastructure budgets.

But the recession’s impact could also have lasting mental health effects, according to SESP Prof. Hannes Schwandt.

Paired with the social isolation and health risks posed by COVID-19, the recession could have long term impacts on people’s productivity and welfare, Schwant said. Considering that unemployment and subjective well-being are highly correlated, Schwandt said the pandemic has created the “perfect storm” for long-term mental health consequences.

While telehealth services and more accessible mental health treatments could alleviate those effects, Schwandt also underscored the importance of the stimulus payments, specifically for the sense of hope and care they create in recipients.

“Stimulus packages, if they are targeted at the right people — the vulnerable people and those in need — could easily pay off in the long run if we see better health trajectories in those population groups,” he said.

Support for a bill increases as specifics get hammered out

Many items from Schanzenbach’s cocktail have made their way into House Democrats’ wishlist.

U.S. Rep. Jan Schakowsky (D-Evanston) noted White House economic advisor Larry Kudlow supports more money for the Paycheck Protection Program, which would help fund unemployment benefits — a good development in her view. Democrats also support a large nutrition program and increased money for childcare, she added. Many of these provisions were included in the Health and Economic Recovery Omnibus Emergency Solutions Act, which the veteran lawmaker noted has been passed twice in the House.

One of the sticking points for Schakowsky and House Democrats, however, is Republican support for liability protections, which would exempt employers from liabilities if their workers got sick. Democrats want the Occupational Safety and Health Administration to set workplace guidelines that, if followed, give the employer liability protections.

“Certainly the COVID relief package will be a major topic of negotiations,” Schakowsky told The Daily. “Hopefully we’ll have something good we can vote on in a bipartisan way.”

Eighty percent of Americans support the passage of new relief legislation, according to a recent survey from political science Prof. James Druckman and several researchers from other universities. That support includes 75 percent of Republicans, 88 percent of Democrats and 78 percent of Independents.

“The cross-partisan support is interesting given the political divisiveness of the times,” Druckman said in a news release. “It suggests a strong need for relief.”