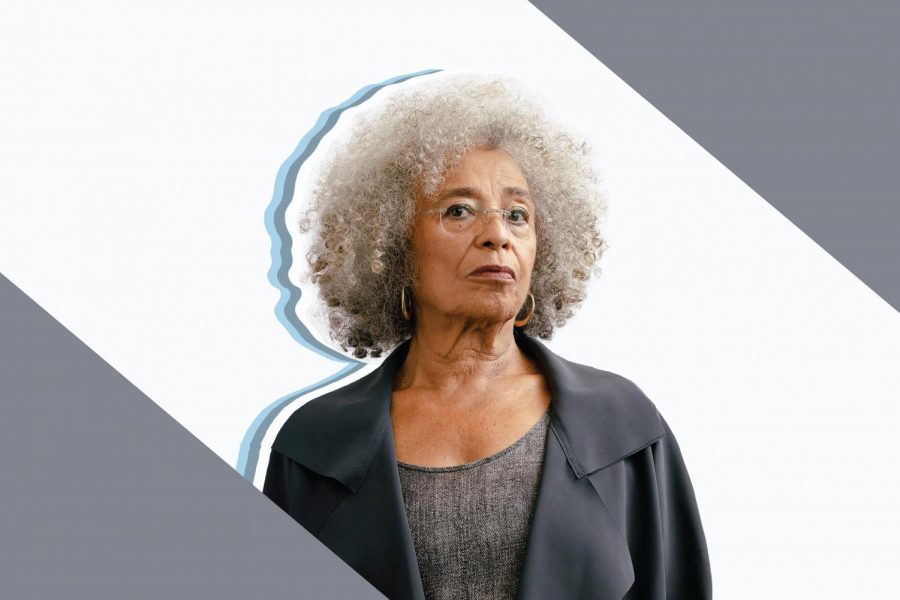 Angela Davis spoke about the need to reimagine and rebuild racist institutions and not settle for “piecemeal reforms.” Over 1,600 people attended the event hosted by For Members Only.

Over 1,600 people logged on to the 90-minute event, according to FMO Vice Coordinator of Programming Taylor Bolding. Among them was a crowd of student protesters with NU Community Not Cops, who organized an outdoor screening in Fountain Square. Thursday marked one month of daily actions calling for the abolition of University Police.

In her opening address, Davis commended NUCNC for advocating to abolish UP outright and recognizing that “piecemeal reforms” were inadequate to address systemic racism.

“The history of efforts to reform the police, to reform our jails and prisons is a fundamental aspect of the very history of these institutions, so much so that reform efforts can be seen as the glue that holds the institutions together,” Davis said. “Reform has superseded all other calls to address the intrinsic repression and violence in these institutions.”

Davis said it is important to acknowledge that the rise of Black and Brown people to power and the implementation of diversity and inclusion programs is not enough to eradicate structural racism. The answer is “rebuilding and reimagining” the existing foundations, she said.

Bolding, a Communication senior, told the Daily she hoped community members could better understand after hearing Davis speak why calls to abolish UP are “relevant and necessary.”

“It’s so hard to really imagine a world without policing or without prisons because we’ve never really experienced that,” Bolding said. “I hope more people come to understand the ways in which Black people are harmed by a lot of these institutions that are still in place.”

One student asked Davis what it felt like to live in a political moment where conversations around abolition are more mainstream.

“We knew it would come but didn’t think we’d be alive to experience it,” Davis said. “We’ve been talking about structural racism for 50 years at least. We’ve been talking about the fact racism is systemic, and it doesn’t matter how many individuals attend a learning racism workshop, as long as we don’t address the ways in which it is embedded in our institutions. And suddenly, large numbers of people got it.”

In her decades of activism, Davis has spent over a year in jail and made the Federal Bureau of Investigation’s Most Wanted list.

Remembering this experience, Davis reflected on fear and courage. She said her strength came from feeling connected to the community around her.

“Large numbers of people all over the world began to support me and I realized that even though I was in solitary confinement and jail, I was not alone,” Davis said. “My advice is to create a strong community and recognize that if you are afraid, you are afraid together. That’s what organizing is about and that is what the work you’re doing is about.”

The final 30 minutes of the event were reserved for audience questions, the first of which came from a student protester in Fountain Square. Wrapped in a blanket, the student crouched in front of the camera, clusters of bundled-up protesters in the frame behind them.

Davis waved to protestors — who all waved back — before speaking to the student movement that has grown momentum under the leadership of NUCNC.

Davis added that students organizing on university campuses need to recognize their responsibility to make their message accessible. Academic institutions are often designed to produce “an elite class,” she said, but it’s important to engage with communities outside of intelligentsia.

“Given this time of uncertainty that we’re in, we are beyond grateful for the opportunity to hear from such a powerful and inspirational community leader,” the Communication junior said. “We are currently organizing and demanding transformative justice in abolition so that our most marginalized feel safe and empowered.”

The students in Fountain Square got the last word of the night, as they turned on their video and microphone to sing, “We love you” in unison to Davis.