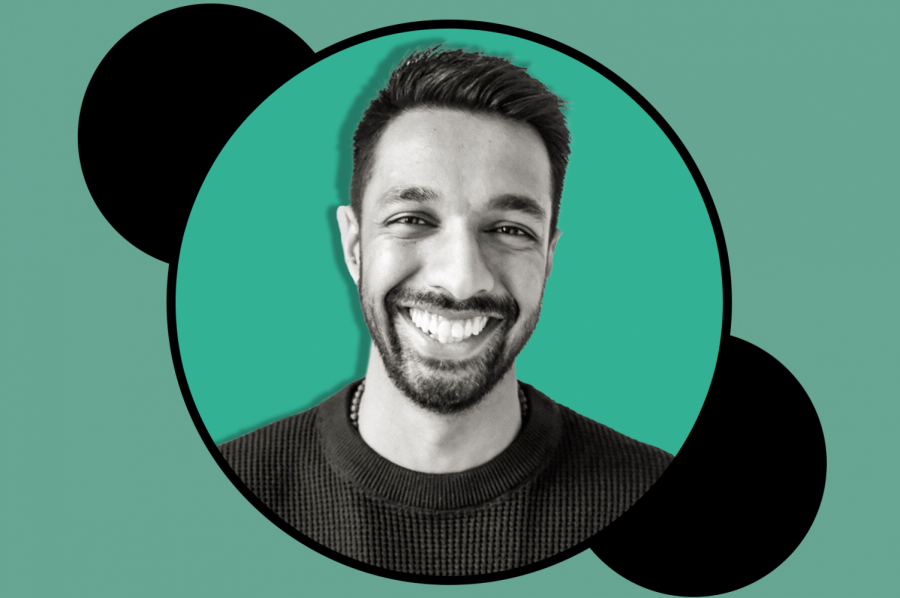 Amar Shah (Weinberg ’16). After graduating from NU, Shah has been a consultant, Hindu monk, entrepreneur and motivational speaker, all in four years.

From consultant to Hindu monk to entrepreneur and motivational speaker, Amar Shah’s (Weinberg ’16) post-graduation career path has been far from linear.

Shah speaks and coaches professionally in the U.S., U.K. and India, teaches local weekly classes on Hindu Vedanta to Northwestern students and Chicago-area students and is an executive in two startups. But when he graduated college, he had no idea this was where he was headed.

Shah had a job lined up at the consulting firm Accenture post-graduation in 2016, but decided to delay his start date to instead work for Hillary Clinton’s presidential campaign in Florida. During that time, Shah realized consulting was not his chosen path.

“As I began networking more and exploring the consulting realm, I realized the type of individual I wanted to be wasn’t necessarily in that field,” Shah said. “I realized there was more that I was seeking.”

So, Shah went to Trinidad and Tobago to become a Hindu monk. He said he wanted to do knowledge-based work, but also something with discipline, so studying to become a monk was the “best fit.”

Under the guidance of world-renowned Hindu religious teacher Swami Prakashananda, Shah dove deep into Hinduism. After two years, he briefly returned to the U.S., but catching up on politics and missed current events was a difficult adjustment, he said.

“What I missed when I was in Trinidad and Tobago was Trump’s election, the Chicago Cubs winning the World Series, and the #MeToo movement,” Shah said. “I was back (in the U.S.) for a week before deciding I wanted to travel to India.”

Shah traveled across South Asia, from the Himalayas in the north to the southernmost areas of India. It was during this time he met his wife, Rubini Naidu.

Seeking a steadier income, he returned to the U.S. and started his own consulting firm. He said he noticed people in the corporate sphere were not showing the level of growth he was expecting, so he instead decided to start his own firm.

“When I came back, I saw businesses with cool opportunities to help out and lend my skills to, and I did it because I knew my duty at the time was to learn,” Shah said.

Shah’s startup was successful, even increasing one company’s revenue by 500 percent in just six months. But while he was working in consulting, his wife was working on her own startup, Selfless, which matches volunteers, donors and people looking to do social good with opportunities to do so.

As Shah wrapped up his consulting work, the couple decided to work on Selfless together. The company now has over 100 volunteers.

“It was a very meaningful experience for the two of us in that we got to work together for a higher cause and purpose,” Naidu said.

Once again, though, Shah felt his strengths lie elsewhere, so he decided to explore the public speaking realm.

Shah now enjoys motivational speaking and giving discourses on Hindu Vedanta. As Guest Speaker for OM at Northwestern, he aims to be “relatable to the young population” while also not “diluting the knowledge.”

“I didn’t give up two years of my life (as a monk) to come back and do the exact same thing,” Shah said. “I want to make a difference in my own way.”

His sister Anjali Shah (Feinberg ’20) said she admires her brother’s “readiness and willingness to lead.”

She said she has always found him to be determined in everything he does, whether as a student, consultant or monk.

“He’s always found a way to make an impact,” she said. “Amar finds a way to adapt and a way to lead — that’s really admirable.”

Ultimately, Shah said he is grateful for the pivots because he has found his purpose.

“I view my work and everything thereafter as a performance of duties to ultimately become self-realized and serve society in my fullest capacity,” Shah said. “Forgoing career entirely was the most formative decision I will ever make in my life because it will be the lens through which I view all things from now on.”