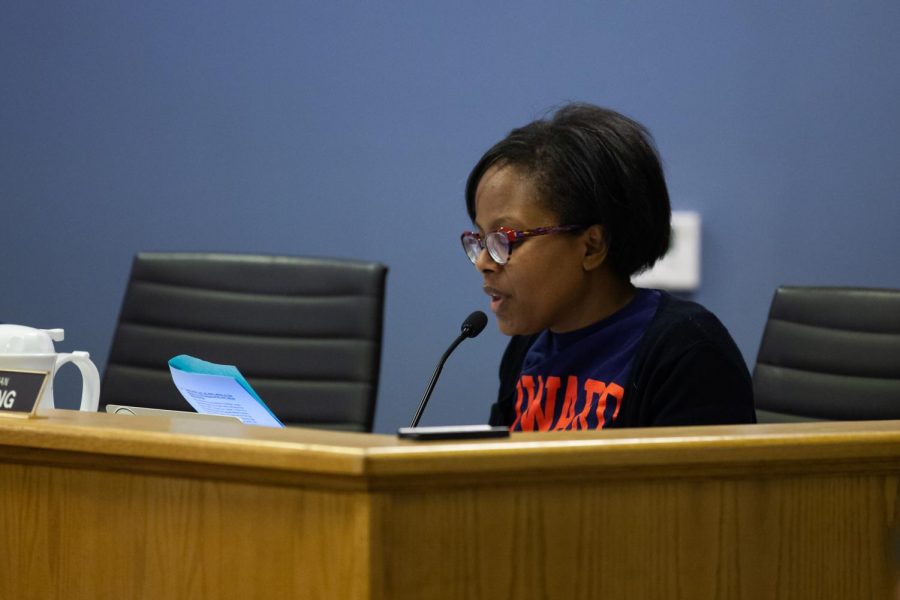 City Council introduced the final version of the 2021 budget for adoption at the next council meeting on Nov. 23.

City Council moved to introduce the final version of the 2021 budget for adoption on Nov. 23 at its Monday meeting.

The 2021 budget has undergone several changes since it was introduced at the start of October, noticeably reducing the budget by an additional $2 million down to $297 million. This decrease brought the total cuts from the 2020 budget to $22 million. Additional cuts have come from the General Fund tax levy which saw a revised $500,000 reduction.

Budget cuts influenced the entire discussion, as the pandemic has been a source of financial hardship for citizens and the city of Evanston.

“I think it will send a better signal to our community that we understand people are having a hard time financially and why we’re having to unfortunately cut some things to best serve (residents),” Ald. Cicely Fleming (9th) said.

Out of all the city’s departments, the General Fund took the greatest hit in the additional cuts. The General Fund makes up many of Evanston’s core social services, including the police, fire and health departments.

The revisions to the proposed 2021 budget decreased the General Fund expenditures to under $112 million, amounting to a reduction of approximately $800,000. Within the General Fund, cuts were made across the board to almost every service department.

However, the service generating the most discussion among residents and aldermen was Evanston Police Department. EPD was slated to receive a small increase in their 2021 budget from 2020, but in the new revision the department will see over a $1.1 million cut.

Some residents who support the Black Lives Matter movement expressed dismay that the EPD budget was not being reduced more.

“The main thing we want to say is that this budget does not decrease the police budget whatsoever. We know that the police budget needs to come down,” Mollie Hartenstein, a member of Evanston Fight for Black Lives, said.

In addition to EPD budget cuts, other residents and aldermen pointed to police pension and training funds as other opportunities to reduce spending.

“There is an expectation that a response will happen when somebody dials 911,” Storlie said. “Until we have a better plan in place, we have to continue to provide that service.”

Storlie said the city is making progress on demands to defund the police, but stressed it “won’t happen overnight.” She said the city was already making cuts to the department by eliminating 11 officer vacancies.

After extended debate on the 2021 budget, City Council struggled with the decision to introduce it for adoption later in the month. Many aldermen expressed concerns that residents would not be given adequate time to raise objections.

“I would move that we hold that pause (on the budget) until the next scheduled meeting since at least three of us made a commitment to our residents to have this larger conversation,” Ald. Peter Braithwaite (2nd) said.

With only two weeks remaining until the final council meeting for adoption, residents and aldermen said there were still many issues, namely surrounding police, taxes and COVID-19, that were garnering much debate.

While the hold on the budget failed to muster enough support, Mayor Steve Hagerty and other aldermen said there would be more meetings held in the two weeks leading up to the potential adoption date of Nov. 23.