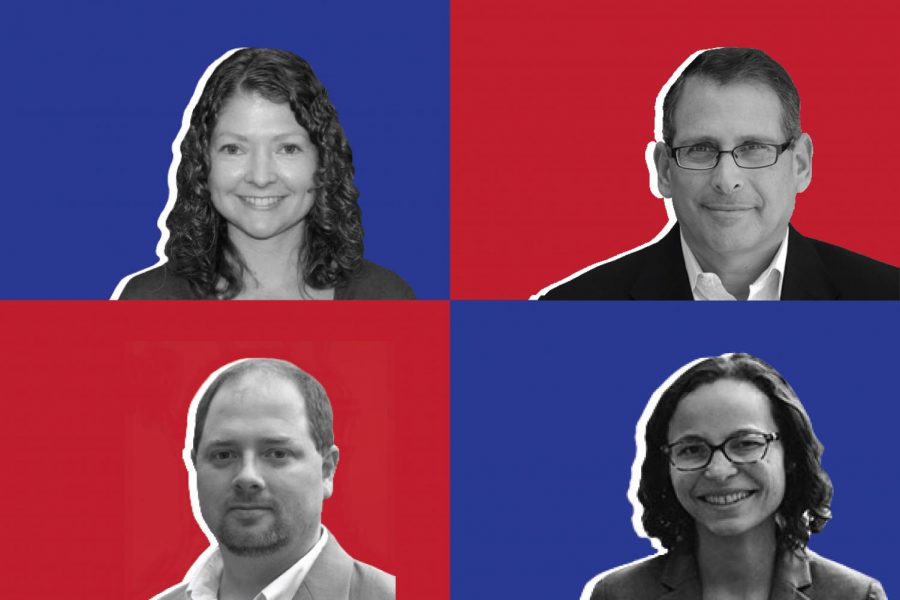 The panelists from IPR’s post-election panel. Professors discussed what the 2020 election means for socially relevant issues and policy.

Northwestern’s Institute for Policy Research hosted a post-election panel Monday where professors discussed how polarization, misinformation, the economy and social movements impacted the election and will continue to influence politics.

IPR has hosted a follow-up after every presidential election, inviting faculty with expertise on topics related to presidential campaigns and elections. The event was part of an interdisciplinary colloquium series organized by IPR associate director and political science Prof. James Druckman.

Druckman began the session by discussing the rise of negative partisanship, or voters’ animosity for the opposing party. He said the positive outcomes of the election included the lack of mass violence, effective vote counting, social media monitoring and record-setting voter turnout.

IPR fellow and political science Prof. Daniel Galvin, the event’s moderator, said it is “pretty unusual” for an incumbent president to lose reelection, especially when the president’s party has only served one term. He added that Trump gained support among Latinx, Black and high-income voters.

“There’s still a lot to unpack about this election, including its implications for governance in a still polarized nation,” Galvin said. “It continues to fight a deadly pandemic, and major question marks hang over the shape and direction of future public policy, as well as how the nation will deal with looming financial pressures.”

IPR fellow and political science Prof. Laurel Harbridge-Yong said there has been a stark rise in polarization over the last 70 years, with almost no overlap between Democrat and Republican ideological positions and very few centrists in Congress.

Harbridge-Yong said the most likely outcome is that the House of Representatives and Senate remain in Democratic and Republican hands, respectively, both with a narrow majority. The two Georgia runoff elections in January will likely determine which party controls the Senate.

“Ultimately, I suspect that there may be more room for bipartisan agreement on things that are viewed as essential government activities, both your regular kind of budgeting but also some degree of economic response to the pandemic,” Harbridge-Yong said, “But we are expecting much greater partisanship around key party priorities, like health care.”

Communication Prof. Erik Nisbet said the evidence on whether misinformation impacts voter’s choice is inconclusive. But there may be a better understanding of misinformation during this election cycle as academics were better prepared to investigate the issue.

Nisbet said misinformation prior to the election was not as big of a problem as expected, but people might see additional misinformation post-election because of President Donald Trump and many Republicans’ refusal to concede to President-elect Joe Biden.

However, economics Prof. Martin Eichenbaum said given the massive federal debt and divided government, the Biden administration will not be able to invest in other programs. He said the new administration’s priorities must deal almost exclusively with the economic consequences and aftermath of COVID-19.

“Whether one approves of this or not, it seems to me, there’s simply no chance of large new social initiatives,” Eichenbaum said.