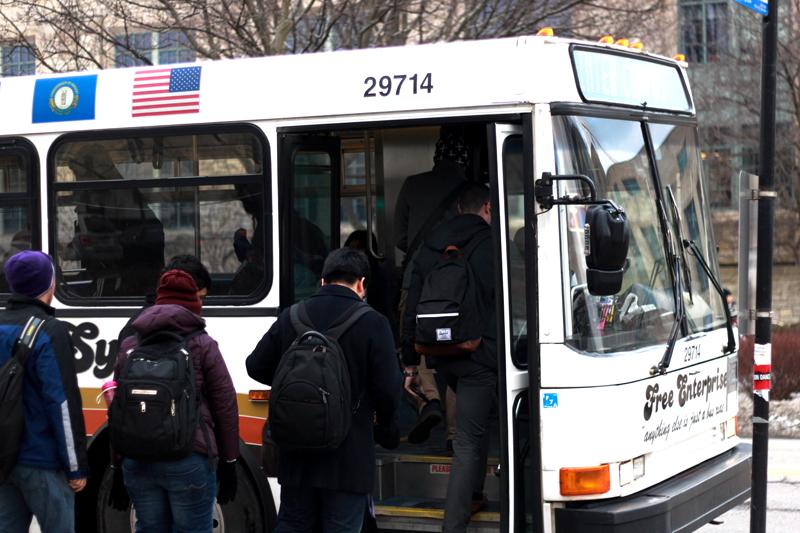 Northwestern announced last month it would be discontinuing operations of its Campus Loop shuttle route this quarter. Now, students are trying to navigate affordable public transport around Evanston on their own.

When SESP senior Jasmin Ramirez boarded the Chicago Transit Authority’s 201 bus to go to work in September, the driver kicked her off.

Ramirez didn’t know the bus had stopped accepting Wildcards, and required University-issued Ventra cards instead, because she hadn’t yet received the school-wide announcement of the switch — students who wish to ride the CTA’s 201 route must now apply for an NU-specific Ventra card.

If Ramirez could change one thing about public transportation at NU, she said it would be to provide free or reduced fares for lower-income students.

“We’re right next to Chicago, and (Northwestern) encourages us to explore Chicago,” she said. “For a lot of low-income students, it’s not possible. It gets expensive.”

Students can still use their Wildcards to access campus shuttles, but many are running on reduced or modified schedules. The Campus Loop route has been discontinued entirely due to low use.

While Ramirez wasn’t riding the bus at the start of the pandemic, she now uses it regularly. She said she takes her own preventative measures like carrying around sanitizer and riding during off-hours.

“They block it off so you can’t enter through the front door and you can’t get within six feet of the bus drivers,” Zhou said. “That’s good, protecting essential workers.”

Although the cancellation of the Campus Loop has affected students to varying degrees, Zhou said it has not greatly affected her use of transportation since she said she feels enough buses are still running for her to get around.

The Intercampus Shuttle is the main bus that grants students free access to Chicago, and is operating on a reduced schedule only from Mondays to Fridays with a capacity limit.

“What’s the point of us being near Chicago if we can’t go there without having to pay?” Rios said. “They’re not facilitating us (to) experience Chicago.”