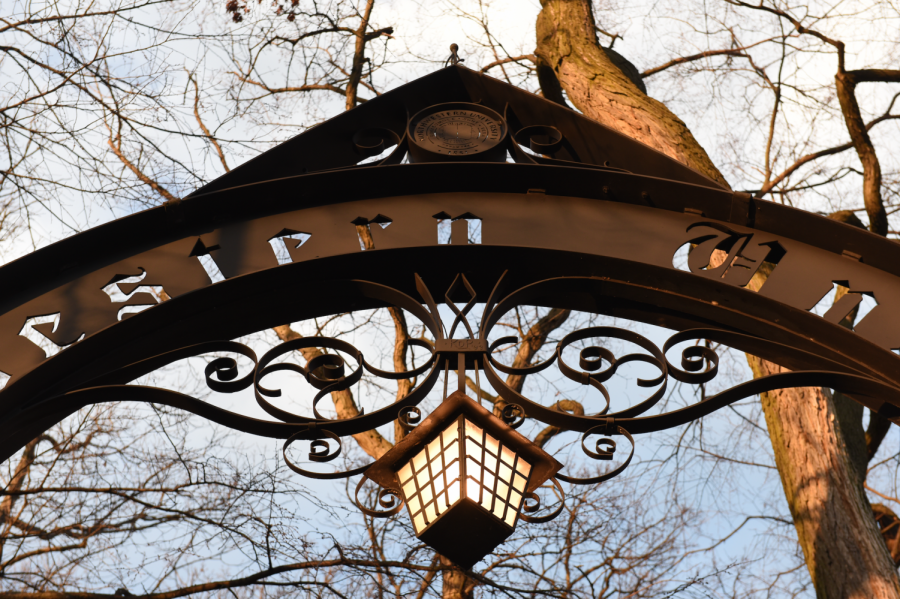 The Weber Arch. The University announced five new testing centers in Evanston in a Tuesday email.

Northwestern expects a budget surplus for the 2020 fiscal year despite a previously anticipated revenue shortfall of about $90 million due to the pandemic.

University President Morton Schapiro told Crain’s Chicago Business the University retained a “significant” amount of savings from job cuts and expense reductions. He added that the University may disclose an additional surplus for the 2021 fiscal year, which began in September, saying, “it’s a pretty resilient place.”

“We will be producing our fiscal 2020 final numbers soon and, in contrast to a number of our peer institutions who did come in $100 million or so in the red, we’re actually in the black,” Schapiro told Crain’s.

University spokesperson Jeri Ward told The Daily the University is continuing to finalize its financial results and statements, and an audited statement will be available mid-December.

Ward said the University’s “dramatic decline” in spending at the start of the pandemic contributed to the surplus because almost all travel and events were canceled. The University also implemented “painful” reductions, she added, such as layoffs and pausing contributions to employee retirement accounts.

Any significant financial impacts related to the pandemic that did not affect FY 2020 will actually factor into FY 2021, Ward said, which could explain the anticipated surplus.

The fall undergraduate tuition reduction, revenue losses from reductions in on-campus housing, a shortened football season and increased costs for more COVID-19 testing are all factors that Ward said the University will need to incorporate into FY 2021.

Though he did not disclose the size of the surplus, Schapiro told Crain’s some revenue streams — including the Kellogg School of Management and School of Professional Studies programs — were not hit as hard as the University anticipated. The same held true for income from Big Ten Conference media deals, Schapiro added.

In May, Schapiro announced 250 staff furloughs in addition to the anticipated budget deficit. Over the summer, Compass Group, the University’s food service provider, laid off about 230 NU dining workers who had been on temporary layoff since March. The University also cut 150 to 200 employees through a buyout program as a result of financial shortfalls caused by the pandemic.

In September, Compass laid off about 100 staff members who had been recalled from layoffs to return for Fall Quarter — all because of the University’s decision to bring fewer students back to campus and subsequent dining hall closures.

Since March, hundreds of NU service workers have relied on Students Organizing for Labor Rights’ mutual aid fund — which has raised over $80,000 — to pay for rent and feed their families. SOLR has called upon the University to support its laid-off service workers during the pandemic and redress past promises to pay its workers for lost wages.

Now, Schapiro told Crain’s the University is considering new hires for junior and senior positions after previously announcing a hiring freeze for the 2020-21 academic year. Schapiro declined to comment to Cain’s on reversing any previous “cost-cutting moves” or rehiring furloughed employees.

“Now that we came out of this much faster than we thought, we’re trying to allocate things, as I said before, that make us more efficient,” Schapiro said. “We’re not just going to replicate everything we did. We’re going to allocate our funds to the greatest return.”