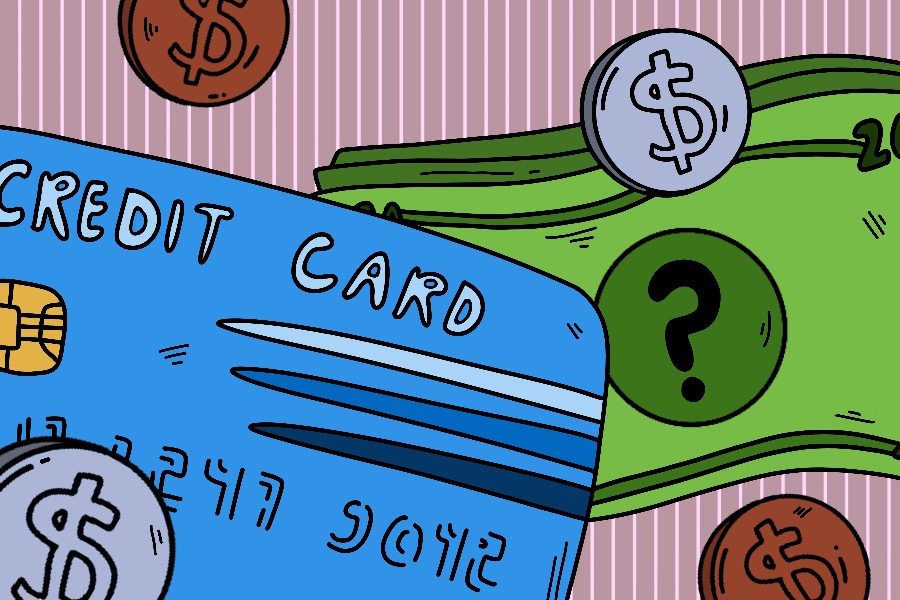 The coronavirus pandemic led many businesses to switch to a cashless model, policymakers worry it would exclude the unbanked population that is primarily Black, Latinx and lower-income.

A little over a year ago, Linmay Studio in Evanston joined the growing number of businesses owners around the country no longer accepting cash.

The number of cashless businesses in the U.S. has increased over the last few years, spiking at the beginning of the pandemic in an effort to minimize interpersonal contact and mitigate the risk of infection.

Square, the mobile payment service that Linmay Studio uses, reported that on March 1, 8 percent of businesses using its products were effectively cashless, meaning that they accepted 95 percent or more of their transactions through credit or debit cards. By April 23, that number had climbed to 31 percent, indicating a spike in the number of businesses switching to a contactless model during the pandemic.

Lindsay Mayuga, hair colorist and owner of Linmay Studio, said she made the change to heighten security and to modernize the salon.

“I didn’t want to be working alone as a woman in the salon and have people coming in knowing I kept cash there,” Mayuga said. “It just elevated the experience from a professionalism standpoint to just have it be all like tech-y and not have it be so old fashioned.”

For Mayuga, the cashless movement seemed like a logical step in terms of safety. However, cashlessness has been met with strong criticism. Some activists and policymakers say cashlessness discriminates against people who rely on cash or do not have access to banking. In fact, Philadelphia, San Francisco and the state of New Jersey banned cashless stores in 2019.

In Illinois, Rep. Edgar Gonzalez (D-Riverside) introduced House Bill 5255 to the state legislature in February. The bill would prohibit businesses from refusing cash for goods or services, posting signs that say cash is not accepted or charging higher prices for paying in cash.

According to a 2017 survey from the Federal Deposit Insurance Corporation, 25 percent of American households are unbanked or underbanked, meaning they either don’t have a bank account, or have a bank account but still use financial services outside the banking system like payday loans.

Cashless businesses would also disproportionately affect Black and Latino households — another point of contention with opponents of the movement. A 2019 FDIC survey showed around 14 percent of African American households and 12 percent of Hispanic households don’t have bank accounts, compared to less than 3 percent of White households.

Sue Loellbach, manager of advocacy at Connections for the Homeless, said her organization works with many people who are trying to open bank accounts, which are necessary to attain housing or jobs. But there are challenges. Banks can charge fees or penalties for balances that go too low, and many people don’t trust banks, she said.

“For people that don’t have a steady income, a bank account might not make a lot of sense,” Loellbach said.

Economics Associate Prof. Scott Ogawa said he supports cashlessness and thinks people who prefer cash are coming from a Libertarian perspective of distrust in the system. In order to support cashlessness, he said, you have to buy into the institutions of modernity and banks, and have to accept that your purchases will be tracked.

“I’m a no-cash person. Zero. Like I literally haven’t touched a dollar bill in months,” Ogawa said. “If you sort of are very distrustful about all of this system, then somehow you like cash better.”

According to Ogawa, economists generally view cashlessness favorably because it lowers transaction costs. He said cashlessness is a purely profit-driven decision companies make when they decide the money saved in streamlining transaction processes outweighs the number of potential lost customers.

But for Mayuga, the hair colorist, her business did not have to sacrifice clients. She said the decision to switch was made in accordance with the elevated and simplified design of her studio that caters to the “modern day, professional woman.”

“I think of myself as an artist and a professional,” she said. “I felt like it just kind of cheapened the industry that I’m a part of that already works really hard to be taken seriously and as a craft.”

Mayuga said her clients are used to the constant upgrades, and were open to the switch because they almost always paid with a card. She completes transactions on an iPad using Square and doesn’t keep a cash register in her store.

“My target clientele is just not someone who would be turned off by that,” Mayuga said. “They’re all about convenience.”

Ogawa said that while he thinks there should be a bigger push for cashlessness, he recognizes that it creates a new problem in a sector of society that doesn’t have access to banking.

According to Loellbach, Connections hasn’t heard many complaints about cashless businesses from those experiencing homelessness, but if people start carrying less cash with them, panhandlers could be negatively affected. She said she always makes a point to carry cash on her in case someone asks.

If cashless businesses start to prevent those experiencing homelessness from shopping, Loellbach said Connections would work with them on solving that problem, but for now, it doesn’t seem to be a threat.

“In terms of the cashless economy, they may need to start adapting. They haven’t had to yet, but the time may be coming,” Loellbach said.

— For its 45th season, Evanston Farmers’ Market adjusts to pandemic