Compost your jack-o’-lanterns instead this year 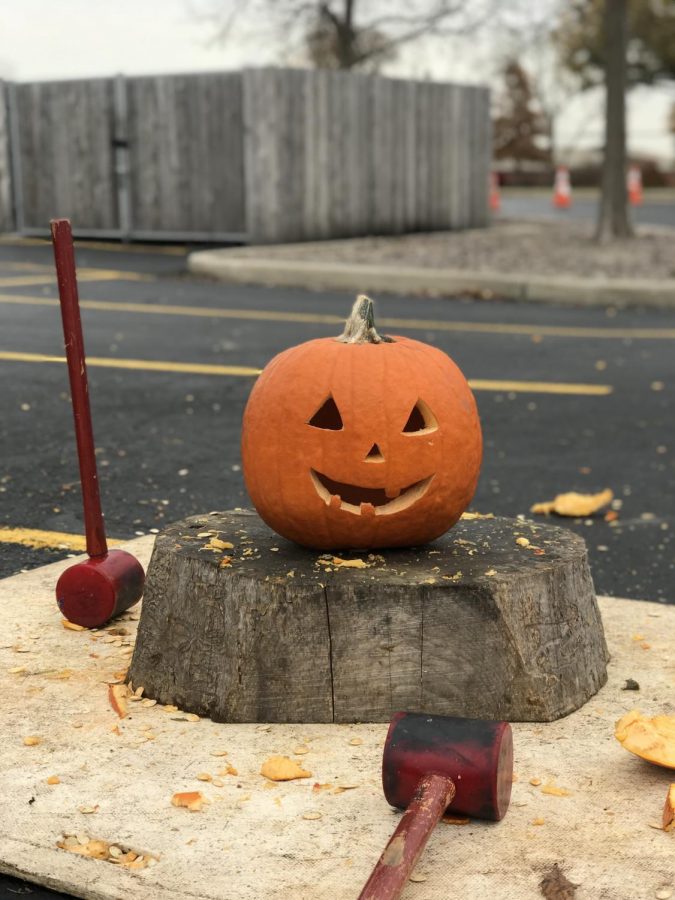 The annual composting event has diverted 378 tons of pumpkins from landfills since its inception in 2014. The event now takes place across 46 locations in Illinois.

Instead of tossing decaying jack-o’-lanterns off the porch and into a landfill, community members can compost their Halloween pumpkins in Evanston’s fifth annual “It’s the Great Pumpkin Compost” on Saturday, Nov. 7.

The free drive-up and drop-off event will take place from 9 a.m. to noon in the parking lot of the Lorraine H. Morton Civic Center. Participants can bring painted or plain pumpkins. Any pumpkins decorated with wax, stickers or any other embellishments will not be accepted.

Illinois-based environmental education nonprofit SCARCE founded the event in 2014, one year before it came to Evanston. In addition to community programs like the pumpkin composting initiative, SCARCE also promotes sustainability through hands-on education programs for schools and organizations, according to the organization’s website.

In previous years, Evanston residents have composted an average of three tons of pumpkins annually through the event. The average turnout is about 200 vehicles, according to Kevin Johnson, Evanston’s recycling and environmental maintenance supervisor.

At the event, participants must follow all state and local pandemic guidelines, including wearing a face covering and keeping a social distance of at least six feet from others.

“We’re asking that people stay in their cars until they get to the location,” said Jessica Mayo, Evanston’s community and employee engagement coordinator.

The annual pumpkin composting event began when Kay McKeen, founder of SCARCE, noticed how many pumpkins were left behind on porches or sent to landfills every year after Halloween — despite how useful they could be in compost, SCARCE coordinator Carrie Horak said.

In the years since, the event has expanded to 46 locations across Illinois. Since the initiative began in 2014, Horak said the organization has diverted over 378 tons of pumpkins from landfills.

“Some sites collect maybe one ton of pumpkins, there’s other sites that get a lot of people that come out and they’ll collect 12 tons of pumpkins,” Horak said. “Some places will have catapults, others have sledgehammers, just to really kind of make it fun.”

Pumpkins are 90 percent water. When this water leeches out of the pumpkins at a landfill, it picks up unhealthy contaminants before reaching the ground, Horak said. In response, water treatment facilities must monitor and treat groundwater surrounding landfills to protect neighboring waterways from pollution.

Composting avoids this problem, and instead produces a useful, nutrient-dense fertilizer.

“Pumpkins have a lot of water in them, and in a landfill that’s a problem,” SCARCE coordinator of the pumpkin composting event Carrie Horak said.. “With composting, you don’t have to worry about any of that. The water is actually good and goes back to the soil to restore health.”