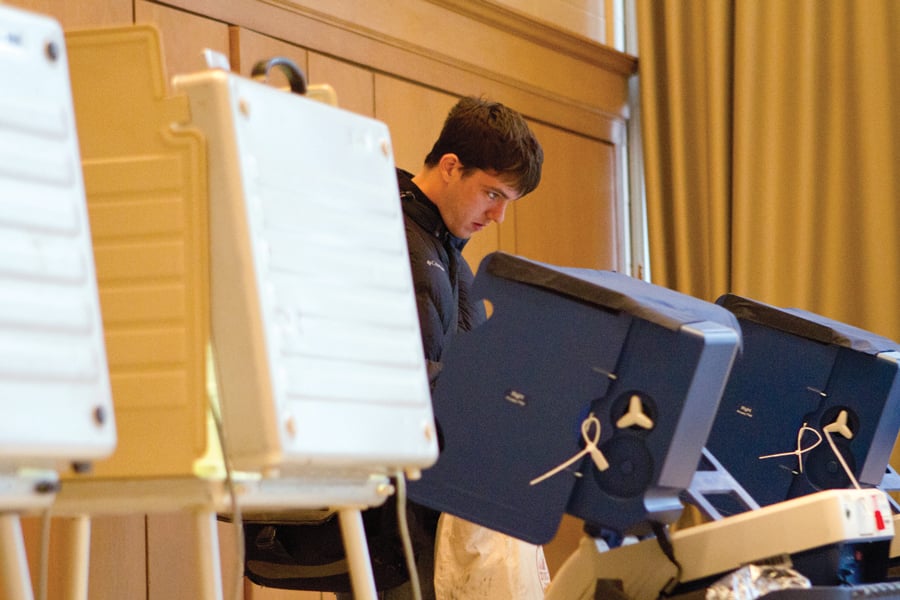 A student votes in the 2012 presidential election.

For this year’s Election Day, many professors are making more schedule changes than previous years to make voting more accessible, given the reports of record-breaking lines outside polling stations.

Rates of early voting are higher than in previous presidential elections, but in-person voting remains a viable option for many voters.

“Those who want to use vacation or a personal floating holiday on Election Day are welcome to do so,” read an email sent to NU staff. The email did not mention any specifics about changes to class schedules on Nov. 3.

In the spring, Horton said he came across an online campaign created by students that suggested ways for professors to validate student experiences, and one suggestion was to cancel class on Election Day.

When he began preparing his class schedules for this quarter, he said it just “made sense” to give students that day off.

“I don’t wanna be teaching that day,” he said. “I’m sure some of the students, too, are glad to have the day off. I want to give (them) the opportunity to vote.”

She said she wanted the assignment to allow students to process their stress and heightened emotions rather than make them do the traditional required reading reflections.

“This is such a significant moment, not just for the US, but basically for the rest of the world,” Chamekh said.

Related Stories:
— NU will not host polling locations this Election Day
— Over 200 Northwestern students to volunteer as Election Day poll workers
— A video portrait of election day in Evanston