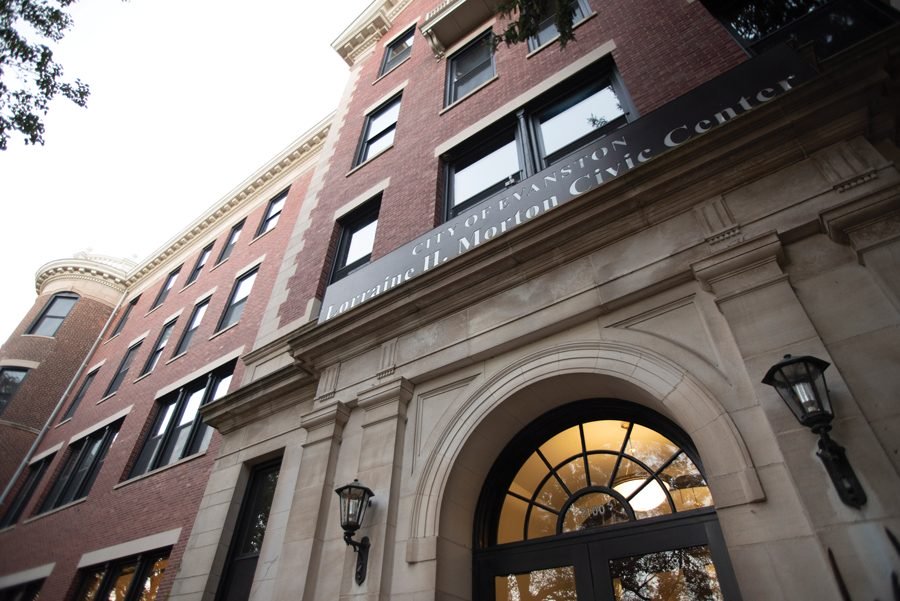 The Lorraine H. Morton Civic Center. City Council is slated to vote on the creation of a proposed aid fund for undocumented residents.

The Lorraine H. Morton Civic Center has been hosting in-person early voting for Evanston since Oct. 19, and 7,357 residents have already voted.

Compared to the same point in early voting for the 2018 midterm election, this year the city has seen almost 2,000 more early votes cast, partly due to the increased focus on getting residents to vote early during the pandemic.

“The Cook County Clerk’s Office is encouraging all voters to cast their ballot prior to Election Day this year,” the city said in a news release. The release also went through the various sanitation precautions the city would be taking to ensure the safety of citizens while voting and encouraged voters to cast mail-in ballots as an alternative.

This increase also reflects a nationwide trend of increased early voting during the COVID-19 pandemic.

Nationally, American voters have cast over 66 million early votes so far — which is already 19 million more pre-election ballots than the 2016 election, with a week of early voting still remaining. Some states, like Texas, are predicted to receive more early votes this year than they had in total during the 2016 election.

In Illinois, the early votes cast so far in the 2020 election are over 40 percent of the total votes cast in the 2016 election.

With seven days until the election, Evanston is set to still record more in-person early votes than it saw during the 2018 midterms, though voting numbers in the coming days will be hard to predict.