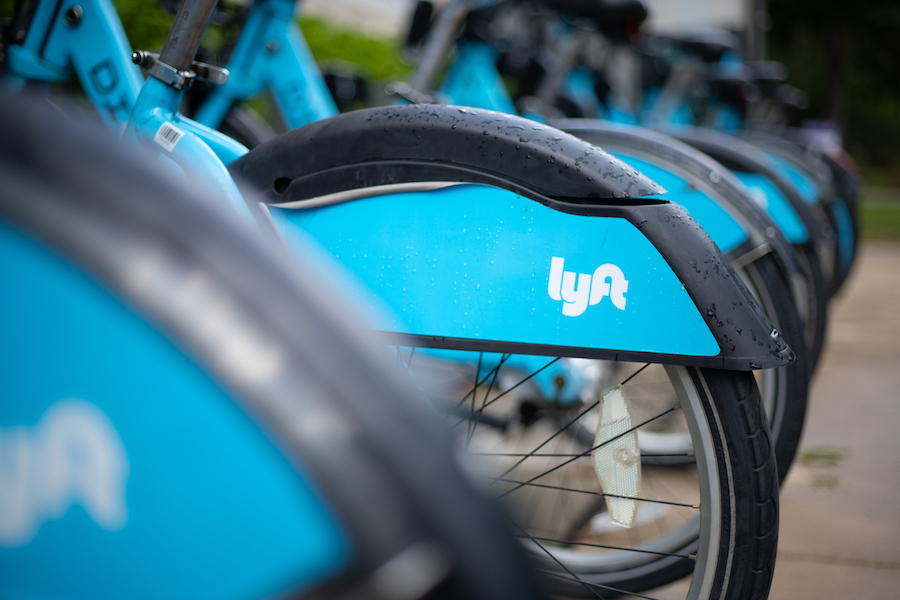 This September, the City of Evanston added new electronic bikes for residents to use as an expansion of the Divvy bike-share system, and so far, the addition has been met with positive responses.

Evanston has been partnering with Lyft since 2016 to provide residents with access to Divvy bikes.

Until now, all Divvy bikes in Evanston had to be returned to a dock after use. However, Hyink said the city realized that these dock locations need to be reevaluated, as there are many areas outside of the downtown area where residents do not have easy access to the bikes. With these new dockless bikes, residents don’t have to worry about finding a place to return them, she said. All the rider has to do is lock it to a bike rack, and the GPS tracking in the bike will tell other riders where to find the bikes.

“There are E-bikes right now parked in the far northeast side of Evanston where we’ve never had bikes before,” Hyink said. “It’s just a better distribution of bikes for everyone to use.”

Divvy has also started the Divvy for Everyone program, which residents can apply for based on financial need, and pay a one-time $5 fee instead of the usual $99 annual fee. Before the pandemic, the only way to apply for this program was in person. Now, everything has moved online, making the program more easily accessible to residents, Hyink said.

The new electric bikes also have pedal-assistance, making it easier for elderly residents and those with joint problems to use and to travel longer distances, Hyink said.

She said that the response so far to the new bikes have been overwhelmingly positive.

“I haven’t received a single complaint about them,” Hyink said.

The City of Chicago has also introduced the e-bikes, and Amanda Woodall, program director of the city-owned Divvy Bike program for the Department of Transportation for Chicago, said residents’ responses have been overwhelmingly positive.

The bikes were added to Chicago in July, before Evanston expanded their program. In the beginning, Woodall said Chicago saw a staggering seven to eight trips per a day for each of their 3500 new e-bikes.

These new bikes were added in the middle of the pandemic, so Lyft has made sure to implement safety measures to ensure rider safety. Whenever bikes are returned to their depots, the Divvy team disinfects all high-contact surface areas on the bike, and all Divvy employees wear masks and gloves while handling the bikes.

Even though there is no sanitation between rides, Greg Olsen, the Evanston public health manager, said bikers should not be concerned about contracting COVID-19, as long as they wear their masks and use hand sanitizer.

“Use hand sanitizer when you are done riding, but even if you don’t, the likelihood of you getting it from a surface like that is pretty small,” Olsen said. “Compare that with when you walk through your building, through the sidewalk, to the Divvy bike itself. You have a higher chance of getting it there than on the bike itself.”