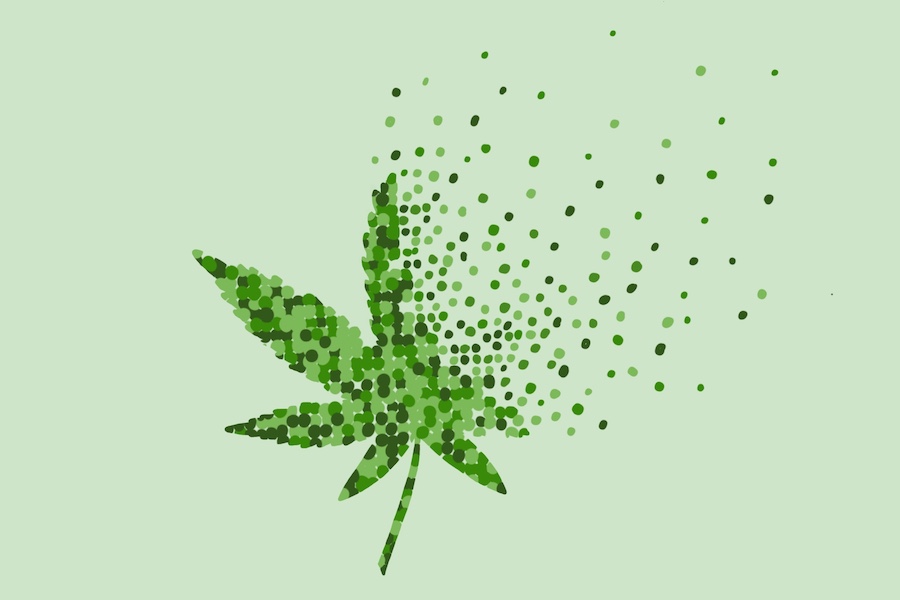 Since the beginning of October, the office has expunged 300 cannabis convictions a week, according to a news release. The 2019 Illinois Cannabis Regulation and Tax Act legalized recreational use of marijuana for adults 21 years and over, created a social equity fund financed by cannabis taxes and established a process of expungement for minor cannabis violations.

Expungement is the physical destruction of a record, and means that one’s criminal record is purged from public record and all places to where a criminal record would be reported, including the Illinois State Police and the Federal Bureau of Investigation.

Automatic expungement applies to individuals with a Class 4 felony or misdemeanor involving 30 grams or less of cannabis. While automatic relief is only eligible for non-violent offenses, individuals with violent offenses can file a petition to expunge. The Cook County State’s Attorney’s Office projects all cases between January 2013 and January 2020 to be expunged by 2021, and to complete expungement of all qualifying cannabis cases by 2025.

The Cannabis Equity Illinois Coalition has been fighting for racial equity in cannabis legalization. Alexandria Boutros, a leader in the coalition, said that while automatic expungement is a component of repairing harms done to Black and brown communities disproportionately impacted by the criminalization of marijuana, the group is pushing to expand the scope of expungement. She expressed concern about backlogs that would make individuals wait for possibly several years until their record is cleared.

“We are fighting for expanding the automatic expungement to all criminal convictions,” Boutros said. “If there are White men that are making millions of dollars off of moving pounds of cannabis and growing pounds of cannabis, then there should not be one person that’s criminalized for that still.”

Ina Silvergleid, a criminal remediation attorney at the Moran Center in Evanston said having a criminal record closes a lot of doors, especially in the fields of employment, housing and education. While Illinois employers aren’t supposed to take into account an individual’s arrest record when making a hiring or firing decision, Silvergleid said many employers do, and are unwilling to employ people with records. She said landlords often check records, which influences their decisions on whether or not to rent to someone.

Silvergleid said this cannabis law is a way to start righting the wrongs of disproportionate criminalization of marginalized communities.

“Before they get out of their 20s, a third of our population has an arrest record,” Silvergleid said. “But then if you look at African-American men, 50 percent have an arrest record. Yet, when it comes time for somebody to apply for a job, we’re going to reject them because they have one little blimp on their background… Does it make sense to tarnish somebody’s reputation over cannabis?”

The automatic expungement process can cause trouble for non-citizens, who are encouraged to seek advice about cannabis convictions from an immigration attorney.

Brandon Williams, supervising attorney for the criminal records program at Cabrini Green Legal Aid, said if a person without citizenship admits to using cannabis, an illegal substance at the federal level, they can be denied entry into the United States. Further, according to Organized Communities Against Deportations, Illinois’ expungement does not affect federal immigration law, so if an individual seeking citizenship shows immigration officials a record with missing information regarding a cannabis conviction, that could hurt their chances of obtaining citizenship. OCAD recommends these individuals acquire certified dispositions before their records are expunged.

“Depending on what type of conviction they have, they may be able to get these convictions expunged quicker than going through a normal expungement-sealing process, which then enables them to have the ability to have their record cleared, and then relieve them of any issue they may have in getting employment or housing, or with their education,” Williams said.

Overall, though, Sarah Sinovic, spokeswoman for State’s Attorney Kim Foxx, said in an email they have seen a lot of support because “people understand that her leadership is helping bring opportunity to Black communities who have been disproportionately targeted by drug policies of the past.”

Correction: A previous version of this story misstated the types of records Illinois employers aren’t supposed to consider in hiring and firing decisions. Employers shouldn’t consider arrest records in these decisions. The Daily regrets the error.