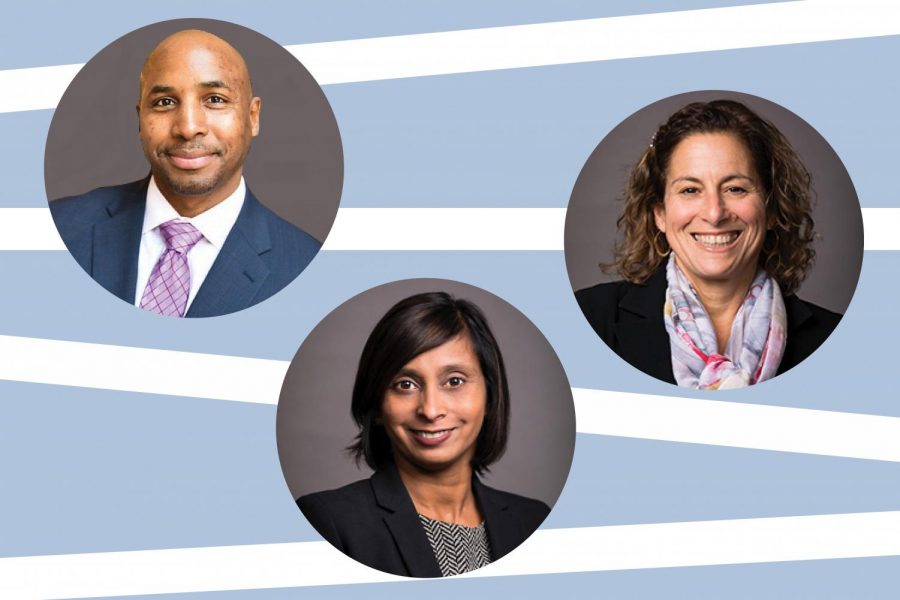 The event, a part of “Transforming Criminal Justice: In Illinois and Beyond” series, focused on the themes of the One Book One Northwestern selection “Just Mercy” by Bryan Stevenson.

Each panelist discussed their work in the legal system before answering audience questions. Allen spoke about his time as a former inmate in the Illinois juvenile and adult corrections systems before being released in 2016.

Allen was 15 years old when he was sentenced to life in prison without parole for his involvement in a home invasion and murder. While incarcerated, he studied law and successfully challenged his own sentence, winning release after almost 25 years.

Allen graduated from Northeastern Illinois University this year with a degree in Justice Policy and Advocacy and now works at Fair and Just Prosecution, a nonprofit that empowers reform-minded prosecutors to advocate for criminal justice reform.

“I just believed that I didn’t deserve to be there for the rest of my life,” Allen said. “So I continued to fight.”

Biehl spoke about her involvement with Illinois Youth Centers, correctional facilities that house juvenile offenders. She cited structural racism in the legal process and the tendency of youth to grow out of criminal behavior as reasons that she doesn’t believe children should be incarcerated.

So far, activists have succeeded in closing three centers. At the same time, Biehl said she is also challenging laws that allow children to be sent to adult prisons.

Mahadev described her initial experiences working in juvenile justice as eye-opening, highlighting the moment she learned about life without parole sentencing for juveniles, before discussing how she would like to reimagine the system. She said the current justice process is overly punitive rather than rehabilitative.

“Our system doesn’t provide pathways for real accountability, for the ability to hear from one another,” Mahadev said. “To promote healing and restoration whenever possible, we absolutely don’t do that.”

When asked about juvenile justice reform to achieve in the short-term, both Allen and Mahadev cited the need for the retroactive application of recent laws to free or reduce the sentences of inmates who have been incarcerated since their youth. Biehl said she is working with formerly incarcerated juvenile offenders on a campaign to close the final five Illinois Youth Centers.

Ph.D. and JD candidate Ari Tolman, who helped organize the event and moderated the panel, said she hoped Allen’s story would help attendees understand the severity of juvenile sentencing.

“It’s impossible to hear him speak and not feel the cruelty of these extreme sentences for people,” Tolman said. “And the complete irrationality of our society for imposing them.”