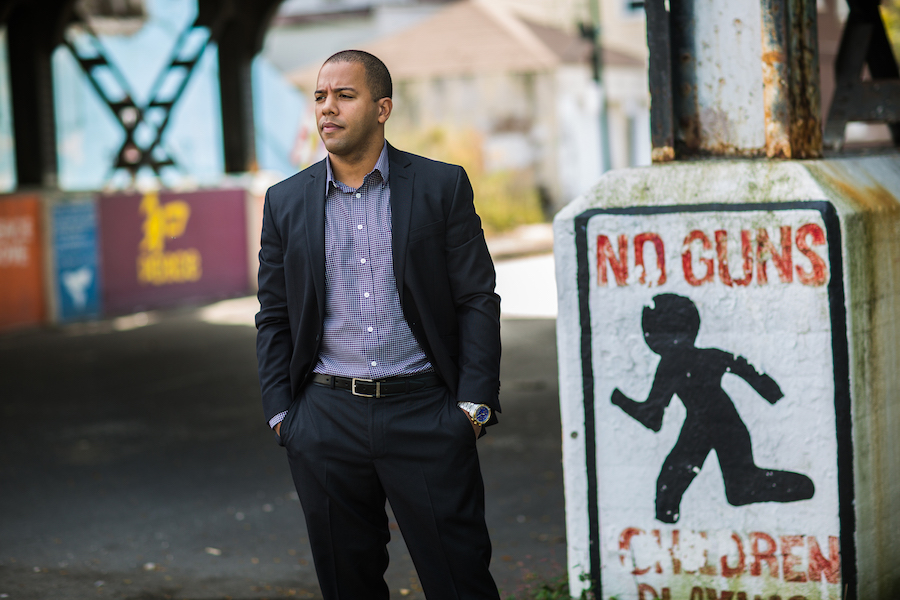 Xavier McElrath-Bey. McElrath-Bey, who spoke at a One Book One Northwestern event Wednesday. He was recently named co-executive director of the Campaign for the Fair Sentencing of Youth.

Xavier McElrath-Bey, co-executive director at the Campaign for the Fair Sentencing of Youth, opened up Wednesday about serving over a decade as a teenager and young adult in the prison system.

The event was part of One Book One Northwestern’s “Walking in Bryan Stevenson’s Footsteps” lecture series. Pritzker Prof. Shobha Mahadev, a friend and former colleague of McElrath-Bey, moderated the discussion. She said Black and brown people in America disproportionately receive unjust youth sentences, and McElrath’s story is emblematic of a systemic failure.

“You are always careful to say that you are not extraordinary,” Mahadev said to McElrath. “That there were many people you were incarcerated with who you feel have been left behind by the system, and who are also extraordinary human beings.”

McElrath-Bey, who was imprisoned as a 13-year-old for a gang-related murder, said his advocacy stems from his experiences with the justice system in his formative years. His first encounter with a police officer happened at age six.

Abusive adults in his household held a dominant presence for McElrath-Bey growing up. Partially because of his abusive father and foster mother’s influences, he said he joined a gang by age 11.

At 13, when McElrath-Bey committed what he described as “the worst act of his life,” he said the justice system had already lost hope for his future.

Despite his young age, the judge in his case transferred McElrath-Bey to the adult criminal court to try his case because his record was so full already. He was sentenced to 25 years in prison and would end up serving 13.

Throughout his first few years in the prison system, McElrath-Bey said he remained involved in gang-related violence. At 17, he was sent to solitary confinement at the Pontiac Correctional Center for assaulting an officer who was choking one of his friends.

“It became increasingly difficult for me… to have a sense of hope in my life,” McElrath-Bey said.

To survive, he needed to ration out the little food he received each day. One audience member took to the virtual chat to sympathize with McElrath-Bey’s story.

“These days, holding back food like that gets another sentence to solitary,” Pritzker Prof. Alan Mills wrote.

After coming face-to-face with a death row prisoner, McElrath-Bey said he distanced himself from the gang and studied to earn his bachelor’s degree during his remaining time in prison.

Shortly after he was released, he earned his master’s degree and began a career advocating against the unjust treatment of youth offenders. On CFSY’s policy team, McElrath-Bey traveled from state to state across the country, advocating for justice and speaking in legislative meetings.

“I came to understand what’s possible when you share stories, when you open up the hearts and minds of people who may simply just not understand,” McElrath-Bey said.

“What makes it all possible are the amazing people in our lives who are willing to give us the chance, willing to believe in us,” McElrath-Bey said. “And I think, ultimately, this is the foundational thinking of what it means to have ‘just mercy.’”