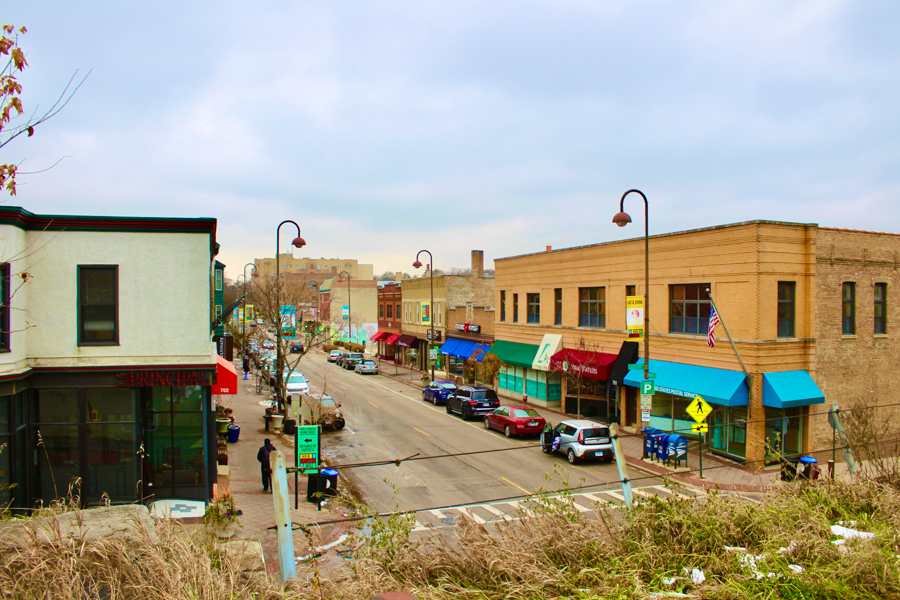 Over 90 local businesses in Evanston have been adopted as part of the community’s Adopt-a-Shop Program.

This Halloween, Evanston residents can walk around the Main-Dempster Mile commercial district and find out which businesses are occupied by fairies or ghosts.

The event, called “Fairies & Scaries,” is happening from Oct. 23 to 31. Twenty-one businesses are participating in the event, posting signs in their windows with stories about the supernatural beings inhabiting their store. A map of the walking tour is available to download on the Main-Dempster Mile’s Facebook page.

The event is based off of the Fairy Doors of Evanston program, where businesses display miniature wooden doors outside their storefronts. The program was started by Lena Kim, owner of niceLena & Friends. Inspired by her daughter’s love of fairies growing up, Kim began using her laser cutter to make the miniature wooden fairy doors for local businesses.

Kim, whose business now has a story about a fairy princess named Star from the planet Firefly in its window, says the event is a way to “still do something fun, and do it outside.”

“It ended up being a perfect project,” Kim said.

TremainART, a local business known for art restoration and artisan framing, has a ghost story posted in its window. It tells of a spirit trapped in a painting that is released when the painting is restored. Simona Citron, one of the owners of TremainART, wrote the story herself.

“I’ve always been a fan of the macabre, and I like to write, and I thought this would be a wonderful opportunity,” Citron said. “Also, art restoration sort of lends itself to that type of spooky story.”

Citron said she was also inspired by the aesthetic of the business, particularly the “Edgar Allan Poe-esque” workshop in the basement.

Citron said she hopes the event inspires people to get out and look at the businesses.