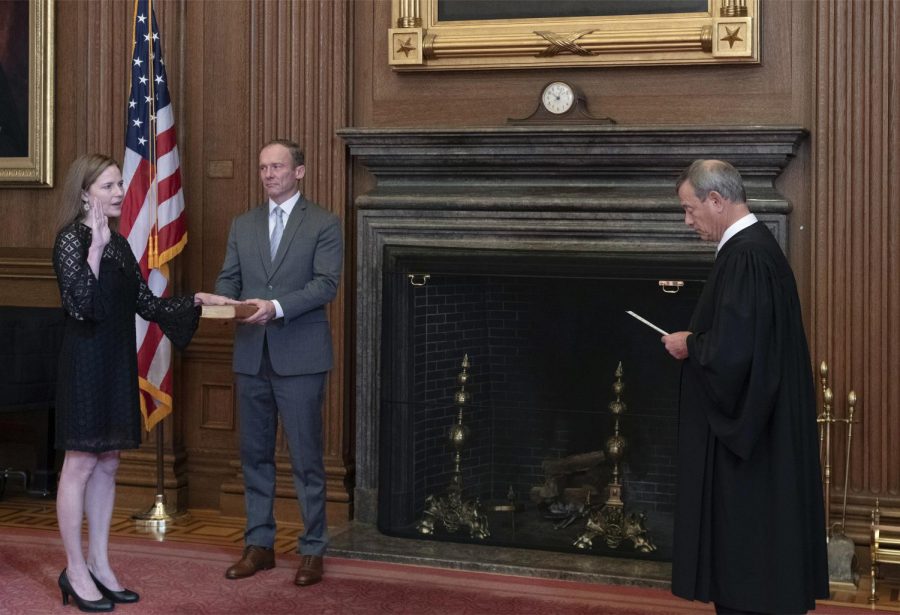 On Monday, Amy Coney Barrett was confirmed to the Supreme Court in a vote split mostly down party lines despite Democratic efforts to postpone the confirmation until after the next inauguration.

In a news release, Durbin called Barrett’s confirmation a “partisan power grab,” condemning Republicans’ confirmation of a new Supreme Court Justice just eight days before the 2020 election. Duckworth said she has been opposed to Barrett’s nomination from the start as well, both based on her political views and the timing of the nomination.

“Instead of addressing the many life-and-death issues facing working families during COVID-19, Trump and the Senate Republicans are focused on jamming through this nomination in a transparent grab for power so they can achieve their long-sought goal of repealing the Affordable Care Act and ripping away healthcare from millions – including every COVID-19 survivor who now has a pre-existing condition,” Duckworth said in the release.

— Nevo: Amy Coney Barrett is not a feminist

— Trump and Biden dig into COVID-19, immigration in final debate