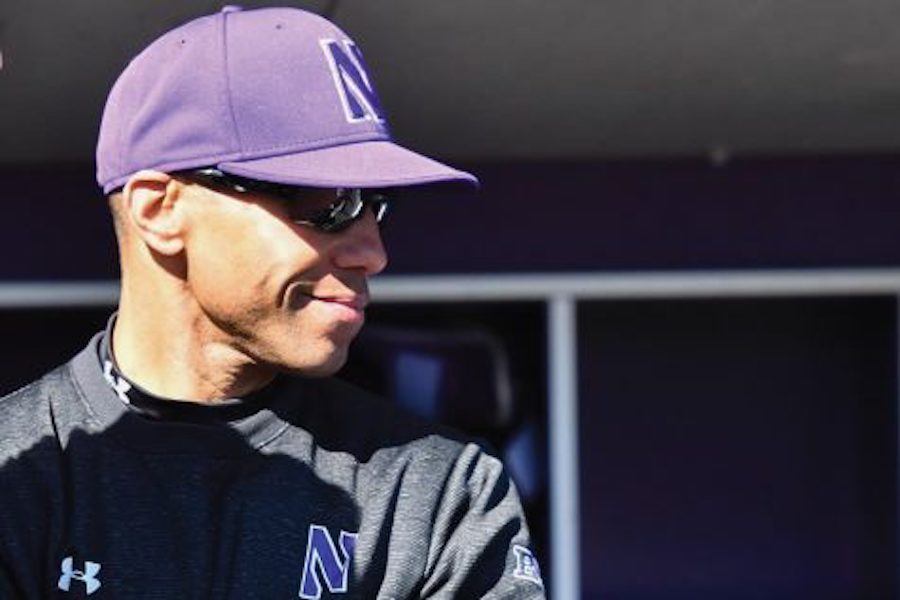 Spencer Allen watches the game from the dugout. Allen added Charlie Tilson to his staff as a volunteer assistant.

By hiring Charlie Tilson as a volunteer assistant coach, head coach Spencer Allen added both youth and experience to his staff.

Tilson is just 27 years old, which should help him relate to Northwestern’s players on a personal level. But he’s also been where every ballplayer dreams about from the moment they start playing — the major leagues.

A Wilmette, Ill. native, Tilson went to New Trier High School in Winnetka, and was taken in the second round of the MLB Draft after his senior year in 2011 by the St. Louis Cardinals. After five years in the Cardinals’ system, he came back home in a trade to the Chicago White Sox, the team he grew up rooting for.

Tilson played one game at the highest level in 2016, and was then a reserve outfielder for the White Sox in 2018 and 2019. His one major league home run was a grand slam against the Houston Astros on May 22, 2019.

Northwestern is his first opportunity as a coach.

“We are truly thrilled to have Charlie Tilson join our coaching staff here at Northwestern,” Allen said in a statement. “His career speaks for itself, playing nine years professionally and (three) of those years in the big leagues. What truly makes Charlie special is his humility and eagerness to learn. He is going to be a superstar in the coaching world.”

Tilson joins associate head coach Josh Reynolds and assistant coach Dusty Napoleon on the Wildcats’ staff. NU was 6-7 in 2020 before the season was shut down due to the COVID-19 pandemic. In their last full season in 2019, the Cats were 24-27, and missed out on the Big Ten Tournament by a single game.

The NCAA and Big Ten have yet to release plans for the 2021 season, but NU will have an experienced team, with eight seniors and four fifth-years taking advantage of their extra year of eligibility.