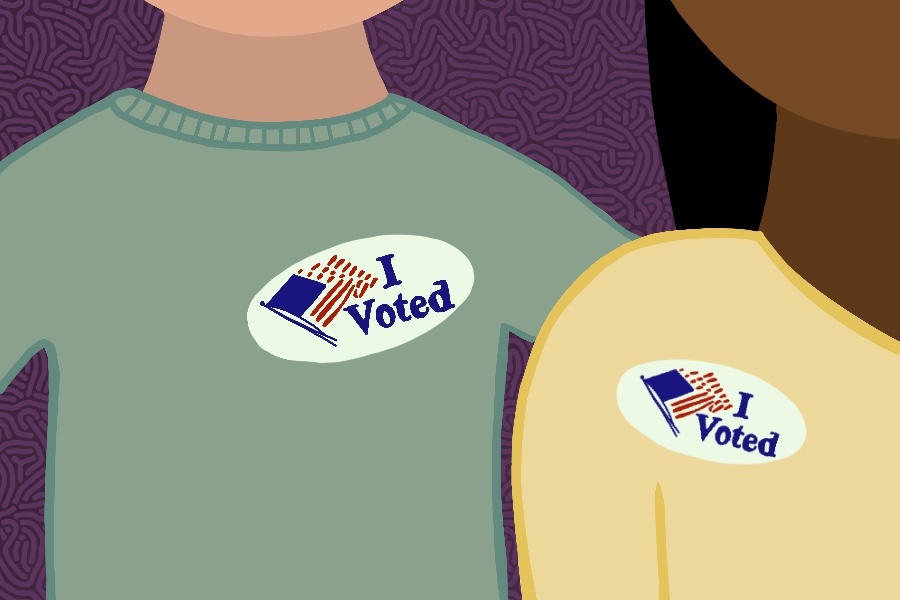 With the collaboration of Connections for the Homeless and the Democratic Party of Evanston, Kemone Hendricks is helping people experiencing homelessness register to vote.

With the help of some volunteers, Hendricks began voter registration booths over the summer, starting in front of Black-owned businesses like C&W Market and Ice Cream Parlor, Jennifer’s Edibles and YoFresh Yogurt Cafe, all located in the 5th Ward. Recently, she said she was contacted by Connections for the Homeless to set up at some of their sites and help people experiencing homelessness register to vote.

Some residents may not have proper identification required for electronic registration, which is why Hendricks said she also provided paper forms. Sue Loellbach, manager of advocacy at Connections for the Homeless, said Hendricks’ booths at their sites ended up registering around 40 people.

Loellbach said the greatest challenge is making sure individuals know that they can register. According to the City of Evanston’s website, voters must provide two forms of identification to register to vote, one of which must include a current address.

“It was great to be able to use the shelter’s address cause that’s a method of voter suppression right there, and just having the resources there for them to to register themselves to vote meant a lot to the residents there,” Hendricks said.

Niya Kelly, director of state legislative policy, equity and transformation at the Chicago Coalition for the Homeless, said it’s also important to spread election information. Her organization is distributing palm cards people can take into the voting booth that contain information regarding what is on the ballot.

While those experiencing homelessness have the right to vote, turnout among this demographic is often low, according to the National Coalition for the Homeless. Further, homelessness and housing insecurity disproportionately affects people of color.

While Black people only make up 14 percent of the Illinois population, Kelly said they represent around 30 to 40 percent of people experiencing homelessness. She said homelessness stems from racism and intersects with essentially every policy-making area, including education and criminal justice reform. As a result, voting can help people experiencing homelessness protect their interests and hold legislators accountable, she said.

“It’s important for people to note that just because you are experiencing homelessness or housing (insecurity) does not mean that your vote has been taken away from you, or that your voice doesn’t matter,” Kelly said.

Loellbach said representation matters, so it’s important to get as many people out to vote as possible. Her organization, she said, will continue to spread election information to the population they serve and help people make their way to the polls.

“The people who don’t participate are not represented,” Loellbach said. She later added, “It’s very important that we get as many people, particularly of lower incomes and who are struggling, to vote so that their voices actually get counted.”

Back at the booths, Hendricks said residents at the Connections for the Homeless sites were more inclined to register themselves to vote than people she’d interacted with outside of Black-owned businesses. She said she was shocked at how many people weren’t sure if they were going to vote, especially from Black and brown communities.

Hendricks said she stopped the voter registration booths about a week ago, and is now focusing on getting people to the polls and supporting Joe Biden’s presidential campaign.

“It’s important to meet every community member where they are and discuss these topics because I think that a lot of things can be cleared up through conversations,” Hendricks said. “One of the overall messages that I took from this was that a lot of people felt like their voice didn’t matter, they felt like nobody cared about them.”