Taking Back the Stage: Black artists celebrate their experiences in “BLACK JOY” showcase 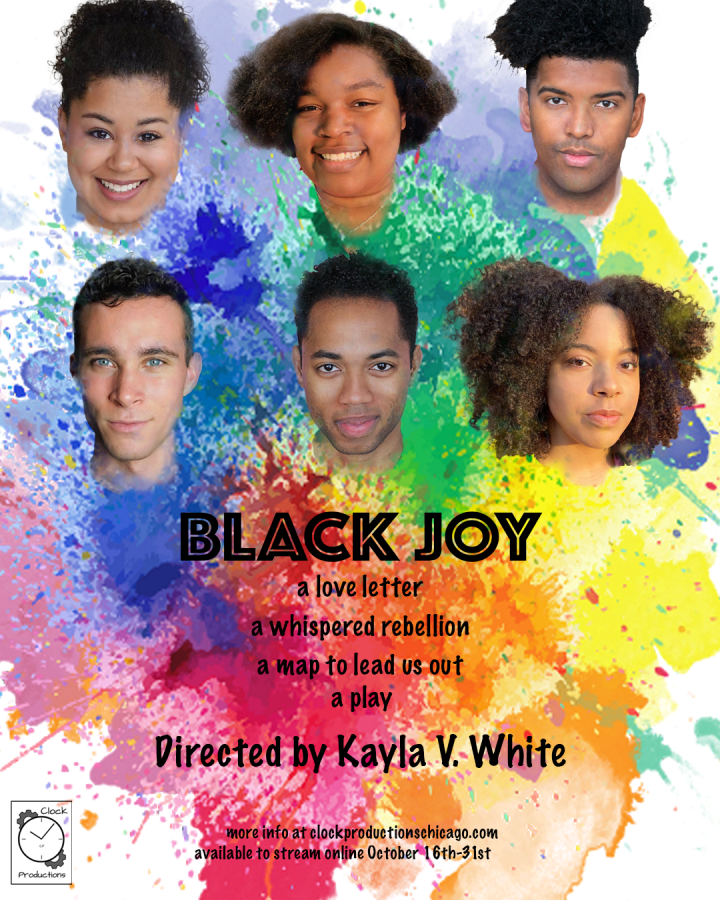 “BLACK JOY” virtually premiered on Oct. 16 and is available to those who make a donation through the end of the month.

This piece is a part of A&E’s “Taking Back The Stage” series focusing on artists in underrepresented communities. The series will hone in on BIPOC artists in performing and visual arts groups as well as individuals in those spaces.

In times of crisis and despair, art is a respite and form of activism. It certainly has been for Black artists while creating “BLACK JOY” at Clock Productions, a Chicago production company that creates and adapts original works.

“BLACK JOY” is a showcase written and performed all by Black artists that includes spoken word pieces, songs and original scenes. The show originally premiered on Oct.16, but the video of the production will be available until Oct. 31 to those who make donations to Clock Productions through their website.

Director Kayla V. White was working on a show with Clock as the coronavirus pandemic started to unfold. They started having conversations about doing the show virtually, but decided there was a need for something else due to increasing attention to police violence against Black people across the country.

White wanted to give writers and actors a safe space to create art that means something to them and has purpose. While it has been difficult to process aggressive anti-Blackness, White said that having the rehearsal space to be with other Black people who understand her emotions has been very meaningful.

(Courtesy of Clock Productions) A trailer for “BLACK JOY,” featuring pieces from the showcase.

For some involved in this show, it has been the first time they’ve worked with an all-Black cast.

Performer Aria Caldwell said she has often been the only Black person, and sometimes person of color, in performance spaces and that working on this show has been empowering for her. It has been very special to be able to work with people “who just get it,” Caldwell said.

Working on “BLACK JOY” has also given Caldwell the space to be a “more open performer” and not have to censor parts of herself to fit into her environment.

“I didn’t realize how much I was holding back in spaces where I was the only Black person, but it turns out that I’ve been holding back a lot,” Caldwell said. “It’s really great to just be genuine with everything that I’m doing.”

Ariel Etana Triunfo, one of the writers for “BLACK JOY,” said this has been a refreshing and inspiring experience for her too, despite much of it being virtual.

She also said there have been times where she has felt that there’s a part of herself that she hasn’t been able to share while working on other shows, but that has been different with “BLACK JOY.”

Triunfo wrote a collection of poems for the show that encompass different aspects of her experience as a Black person. Through this, she said she was able to write about things that she has never been able to express before. Her poems all focus on different topics which is representative of the Black experience since no experience is the same, Triunfo said.

Although Triunfo says the Black experience can be filled with pain and anger, it is important to not let the joy slip by.

“Black joy means being able to fully be myself without inhibition from outside or from within,” Triunfo said. “There’s joy in knowing how connected (Black people) are and how beautiful the Black experience is no matter what. ”