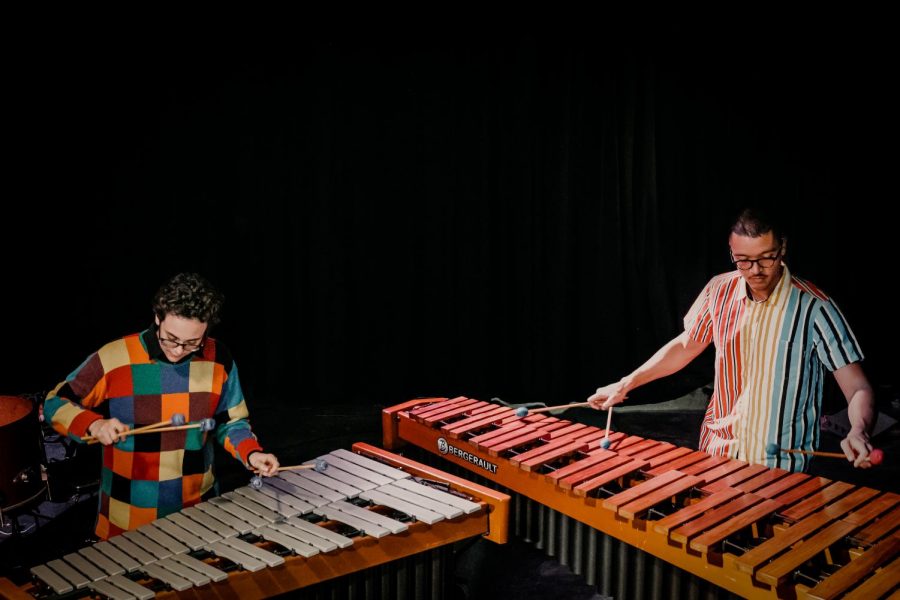 Northwestern alumni Jaime Esposito (Bienen ‘14) and Stephen Hall (Bienen ‘13) created Spectrum Ensemble, a performance group giving musicians who are a part of the LGBTQ+ community a stage, after a phone call in 2018.

The two have been friends ever since they went to NU together where they both studied percussion performance.

“We are increasing the visibility of talented queer musicians and composers,” Esposito said. “We have been commissioning new works by queer composers and performing them along with works of famous queer composers throughout history.”

Spectrum Ensemble has had a few live performances in the past. The two friends performed in a percussion duo, and the profits were donated to LGBTQ+ charitable organizations.

Esposito said they noticed the absence of LGBTQ+ representation in the classical music community even though queerness is embedded in the industry. When Esposito toured with fellow alum Matthew Coley (Bienen M.M. ‘03), they realized sometimes queer people felt they could not really be themselves in front of other people. Then, they came up with the idea to create Spectrum Ensemble.

“I’m just trying to bring more awareness that people should feel like themselves in any situation, and just bring the awareness of the queer community to mainstream,” Esposito said.

During the pandemic, Esposito said the recent performances have been virtual, and the process of making music has not felt the same. However, there have been more opportunities to discuss representation in the music community. Esposito and Hall have been participating in these conversations over several Zoom interviews, they added.

Hall said when COVID-19 hit, they were relatively fortunate. The scheduled in-person events were moved online, and the Ensemble has had a steady stream of little projects since then.

When they started Spectrum Ensemble, Hall was surprised to find out that there was barely any groups advocating for queer visibility at the time, he said.

“A lot of people have reached out to us, either in person… or over social media. They’ll send us a message just about how meaningful it is to them that this group exists,” Hall said. “So I think we’re filling a hole that is really meaningful to a lot of people.”

Hall said they had worked with multiple charitable organizations in the past, including Coalition for Aging LGBT, which supports the older LGBT community. Many do not have family to fall back on and support them as they get older, he added.

He also said a lot of good musicians feel they have to hide their queerness because they do not want to be judged by their identity. This observation inspired Spectrum Ensemble to encourage people to embrace their full selves.

“We want people to like our music because it is phenomenal, not because we are queer. But at the same time we want to be positive role models, helping to normalize queerness and move toward social equity,” Spectrum Ensemble said.

— For LGBTQ students, living at home brings its own set of challenges