Northwestern to serve as host school for 2026 NCAA regional 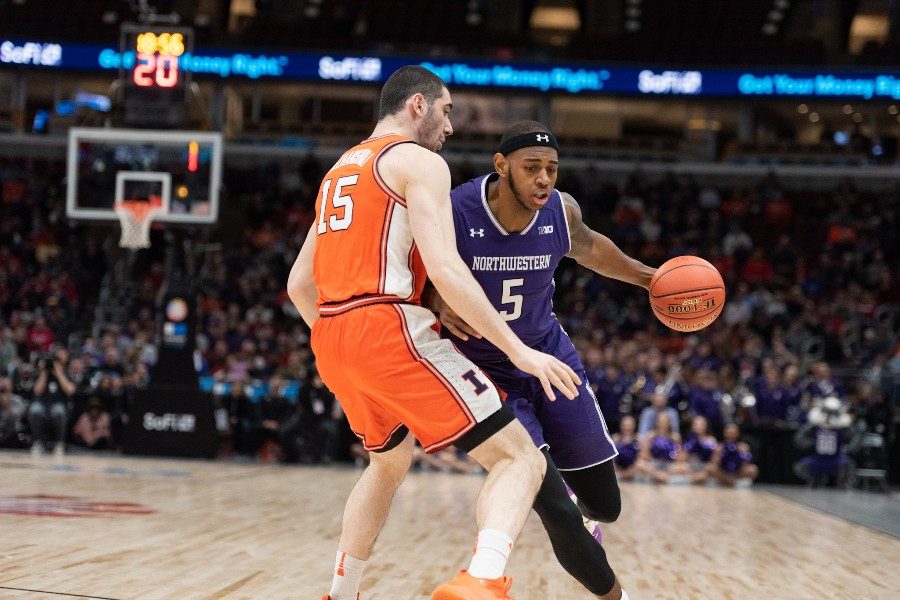 Dererk Pardon dribbles the ball during Northwestern’s last game at the United Center, in 2019. The United Center is slated to host NCAA Regionals in 2022 and 2026.

“We are proud to be selected to host a 2026 NCAA Men’s Basketball Regional (Sweet 16/Elite 8) with our friends, (the) United Center,” Northwestern Athletics said in a tweet after the announcement.

Beginning during the second weekend of March Madness, the regional tournament includes the Sweet Sixteen and Elite Eight rounds. The NCAA also announced other championship venues between 2023 and 2026, including Houston, San Jose, Calif. and Washington, D.C. as fellow 2026 regional sites. In 2018, the NCAA announced Indianapolis as the host city of the 2026 Final Four.

The United Center is no stranger to March Madness: The stadium hosted the 2016 Midwest Regional and is also slated for the Midwest Regional in 2022. Chicago has also hosted Big Ten Tournament games at the stadium frequently — teams have played in the city 10 times since the tournament’s first iteration in 1998.

NU made its lone March Madness appearance in 2017. Coming in as an eight seed, the Cats won their first round game over the Vanderbilt Commodores, 68-66, before falling to the Gonzaga Bulldogs — the region’s top seed and national championship runner-up — 79-73.

Though coach Chris Collins has remained at the helm since the appearance, NU has struggled to conjure their 2017 magic. The Cats finished the 2019-20 season 13th out of the Big Ten’s 14 teams and lost 74-57 to Minnesota in the first round Big Ten Tournament.

This year, the men and women’s college basketball season should begin on Nov. 25 after the NCAA’s Division I Council approved that as a start date.