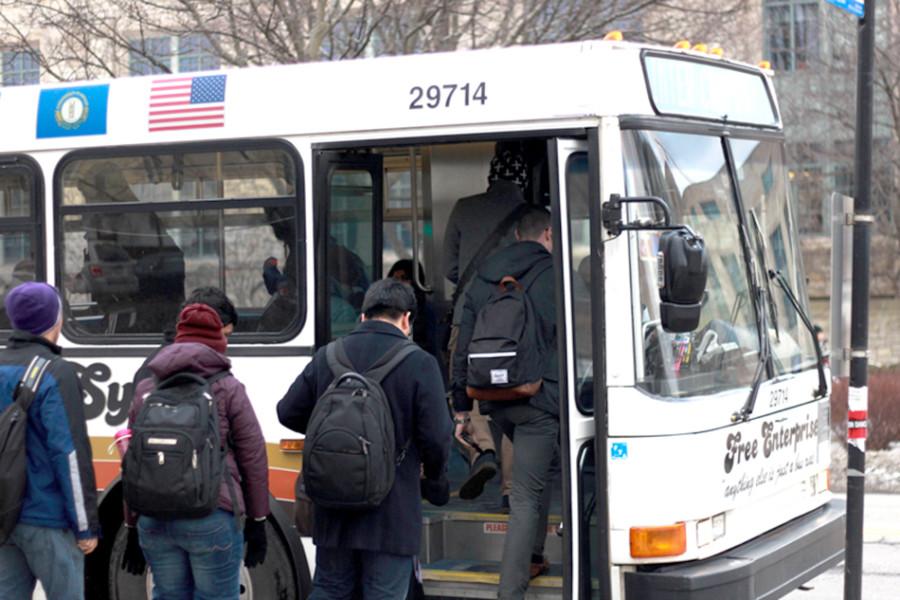 The University announced it will be discontinuing operations of the Campus Loop shuttle due to low ridership. Though it has not made any changes to the Evanston Loop shuttle yet, it continues to monitor ridership.

Due to low utilization, the Campus Loop route will no longer run for the remainder of the Fall Quarter after Friday, Oct. 16, Northwestern announced Thursday.

Previously, students were able to take the Campus Loop shuttle to various stops on campus and in downtown Evanston, including the Technological Institute, Fisk Hall and Orrington/Clark.

The University now encourages students to use Safe Ride, a service provided by Via to NU students, when walking alone after dark. Safe Ride is free to students and operates seven days a week during the academic year from 7 p.m. to 3:00 a.m.

The Evanston Loop bus will continue to operate, so students will still be able to travel to its stops around campus, Evanston and at the CTA and Metra stations. The University will continue to monitor ridership and make changes when deemed necessary.

― How to determine when to use public transportation