Powering Down: Low-income students are struggling to plug into remote classes 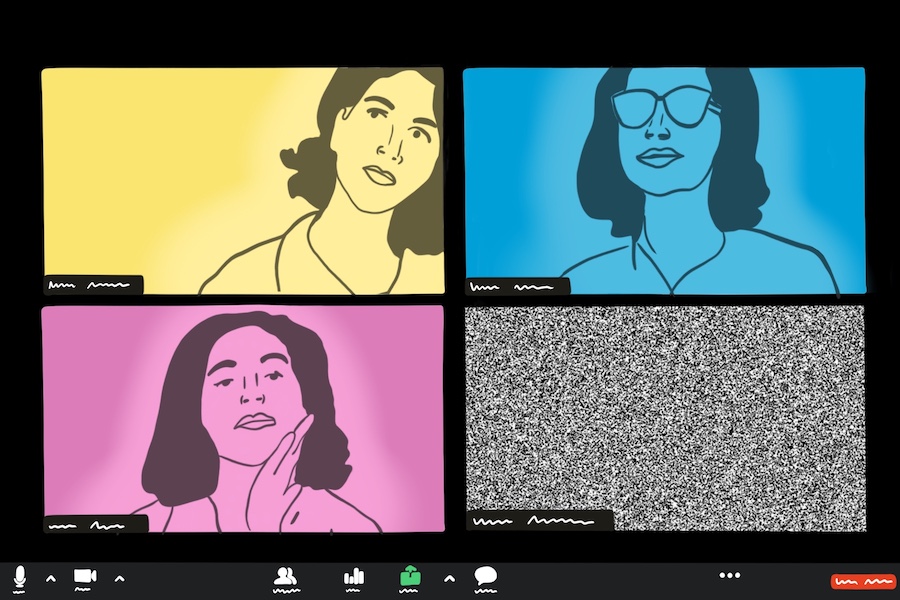 Students with Internet connectivity issues can be hard-pressed to go through a Zoom class without video or audio interference, which impairs their ability to participate in discussions.

Weinberg sophomore Ella Weaver was in the middle of her organic chemistry midterm when the WiFi network in her Evanston apartment crashed, logging her phone out of Zoom. Since Zoom had been linked to the LockDown Browser testing window on her computer, the exam crashed as well.

“I started screaming for my roommate,” said Weaver, who later learned her apartment complex had an Internet blackout.

Though Weaver ultimately reconnected to Zoom and finished the exam on time, the blackout was not fully resolved until the next morning.

With the majority of Northwestern’s courses online for Fall Quarter, off-campus and homebound students have struggled with Internet connectivity. The cost of an Internet upgrade puts an extra strain on low-income students.

When Weinberg sophomore Daisy Brockhouse returned home to her 11-person household with what she describes as bad WiFi, she said she was often unable to hear her professors speak during lectures. Her family could not afford an Internet upgrade, she said.

Brockhouse reached out to NU’s emergency COVID-19 fund to upgrade her home WiFi, but she said it took her six weeks to convince her family to accept the money. During that period of time, she said she logged into class from her cousin’s kitchen. She said her connectivity did not improve when she moved back to Evanston.

“I was constantly emailing my professors,” Brockhouse said. “They were nice about it, but it’s just kind of embarrassing to not have any WiFi and to not be able to go to class.”

Brockhouse used the emergency COVID-19 fund to buy Internet upgrades again when she moved into her Evanston apartment, as did Weaver, who found her building’s free plan too slow to even load an Instagram post.

Weaver described the emergency fund as “a super easy form.” She submitted a digital form with her name, her requested amount and the receipts associated with her Internet upgrade.

Phil Asbury, director of undergraduate financial aid, told The Daily in an email over 400 students signed up for financial relief through the Technology Emergency Aid program this September. Three hundred students used the program over the summer and another 1,000 students reached out over Spring Quarter. Overall, about 1,700 Northwestern students have reached out for emergency financial aid to solve technology issues since the pandemic began, according to Asbury.

Miriam Sherin, associate provost for undergraduate education, said in an email to The Daily that during the spring, the University created a landing page with Internet connectivity suggestions for students encountering issues.

She also noted general information technology help is available through a University-sponsored hotline.

After receiving funding, Brockhouse said she and her roommates have now installed a high-speed Comcast Internet plan. But they still found their connectivity slow, which Brockhouse said a Comcast maintenance technician attributed to her apartment building’s infrastructure. Now on her second router, Brockhouse is still getting kicked out of breakout rooms.

“I guess I just figured if I’m back in the Northwestern area, then suddenly my WiFi will be better,” Brockhouse said. “It’s frustrating to have the same issue again.”

SESP sophomore Andrea Reyes is living at home in Chicago with her family. Sharing her WiFi with three siblings, she said she’s had such extensive problems with bandwidth that she recently attended class from her phone for almost a week.

“It was a bit difficult, though, because my phone screen is so small and I can’t see all of my fellow classmates’ faces,” said Reyes, who used part of her annual financial aid stipend to upgrade her Internet plan. “And if they ever share anything on the screen it’s small – or if they share links for stuff, I can’t click on them.”

Though Weaver, Reyes and Brockhouse have all found their professors and teaching assistants extremely accommodating regarding Zoom connectivity failures, all three described their language classes as the most difficult to navigate. As each of their language classes use breakout rooms at least once per meeting, language classes are easily derailed by students being unable to speak, much less understand new garbled vocabulary.

As students continue to seek the correct Internet upgrades to reliably access their classes, Reyes is focused on looking for asynchronous classes next quarter so she can work whenever her home WiFi is strongest. She said going forward, she’s hoping to build on her use of financial relief efforts by reaching out to the University for help troubleshooting common technological issues.

“It’s hard to talk about things, or talk about what’s happening since we’re not in person sometimes,” said Reyes. “I’ll be telling my mom (about) the issues, but then what should we do? What can we do? We’re not used to how the Internet works and how WiFi works and what bandwidth was.”