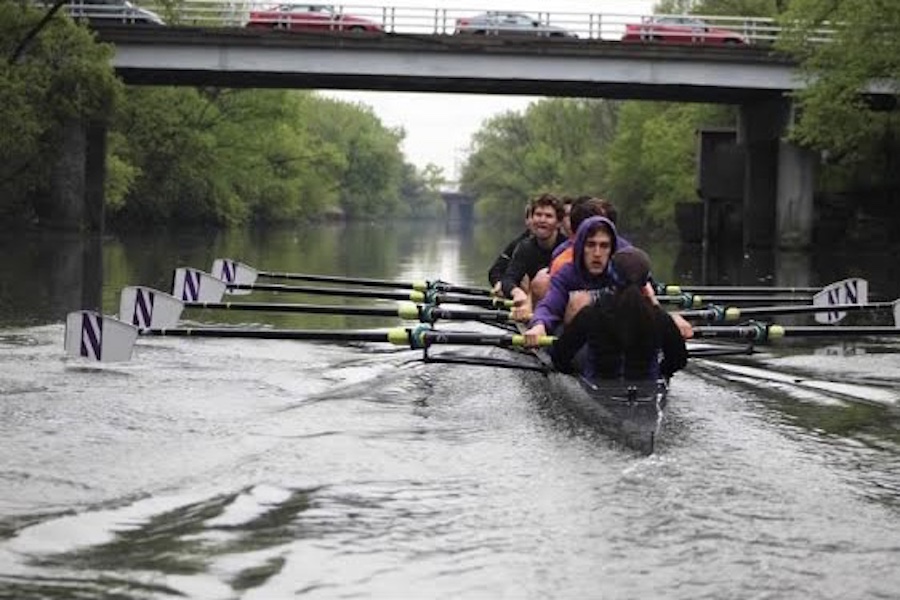 In 2014, then-Northwestern club tennis president Trevor Stoimenoff (Weinberg ‘16) wrote an opinion column for The Daily on disparities at NU related to club sports. He said University policies left club teams “scraping the bottom of the barrel.”

Six years later, club sports athletes are still facing the same challenges. When the club crew team’s old practice space in the basement of Patten Gymnasium turned into new facilities for the varsity fencing and golf teams, the crew team and its 20 indoor rowing machines moved to the Henry Crown Sports Pavilion.

According to club crew president and McCormick senior Luciana Ruiz, the transition from practicing alone to sharing a space with the Evanston community was difficult. Crew practices often involve loud music and lots of yelling from coxswains — two features she said the public doesn’t tend to receive well.

“I think it’s been tricky for Rec, too,” Ruiz said. “They’re stuck in between the members who want things one way and then us, who like it another way… you can’t make both parties happy, unfortunately. So I do feel bad for them because they’re doing the best they can.”

“We are a club sport, so there’s only so much we could realistically ask from the school,” Lifford said. “But also, the nature of rowing is that you need equipment. You need space.”

For some club teams, the pandemic has compounded the difficulty to obtain proper resources. According to Weinberg senior Jami Silverman, a member of the equestrian team, NU stopped renting out vans for the players’ commutes to practice. The move leaves athletes who lack cars and don’t feel comfortable driving with other people for 45 minutes unable to practice.

During some regattas, Ruiz said, she has met other teams from Purdue and Michigan and noticed their universities invest a significant amount of money and resources into their club sports. Ruiz referred to those teams as “super clubs,” and said, “Northwestern doesn’t really have that culture” with regards to its club sports.

Resources aside, many students say they still find club sports to be a positive outlet during their college experience.

“It’s just nice to be there working out with your friends, and you sort of cope with the differences or the changes in schedule or the switches from year to year,” Ruiz said. “But at the end of the day, for our team to get together and work out with our friends, under solid leadership of coxswains, coaches and captains, that’s what really makes the experience worthwhile.”