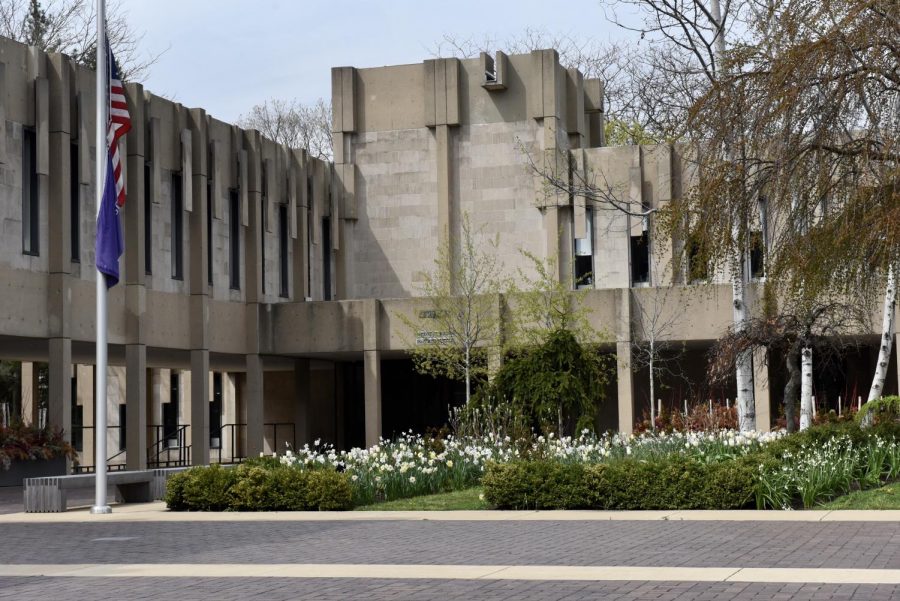 Rebecca Crown Center, which includes the office of the VP for Business and Finance. University administrators emphasized the Community Safety Advisory Board as a “clean slate.”

The University emailed students last week announcing Winter Quarter undergraduate and some graduate classes would start Jan. 11, one week later than planned. Administrators also said they are still finalizing plans on whether to allow underclassmen to come to campus this winter and will share decisions no later than early November.

Medill Prof. Judy Franks said she was concerned about the decision to reduce Winter Quarter down to a nine-week quarter and the implications on the student learning experience.

“We’re basically going to have to take 10 percent of the curriculum for our courses out of the course, relative to the percentage of students who will benefit from the opportunity to return to campus,” Frankes said.

Given that the University would need to plan staggered on-campus move-in dates and ensure every student received a negative test result before going to classes, Hagerty said the extra week is necessary.

The administration has a rough estimate of 2,500 students planning to move back to campus, Hagerty said, but sent a survey to the student body to get exact headcounts of who plans to return. There are currently about 500 students living on campus this quarter, she added.

“We know that freshmen and sophomores are very eager to come back, and we think we kind of have a way to bring them back,” Hagerty said.

Physics and astronomy Prof. Enectali Figueroa-Feliciano said he was concerned about low-income students thinking about returning to campus in January and the choice they’d have to make in leaving their families behind. There are some who live in small, disruptive homes without enough private space weighing the price they’d have to pay to live on their own in Evanston, he said.

Hagerty said in most cases, low-income students can rely on financial aid to cover their on-campus living expenses. She added that NU offered exemptions for several hundred students this quarter who felt that their home situation wasn’t an ideal learning environment.

Molecular biosciences Prof. Robert Holmgren brought up the uncertainties around reopening Greek housing, even if the University does plan to bring students back this winter. As part of the University’s fall reopening plan, all sorority and fraternity houses were closed until the winter.

“That’s been a concern at some of the other institutions, and I imagine that might change the equation for positivity rates and the like,” Holmgren said.

One big difference between NU and its peer institutions is that all Panhellenic Association and Interfraternity Council chapter houses are located on campus, Hagerty said, so they’re all “much better supervised” than they would be at other schools. She said she feels like the University would have more control in curbing an outbreak within the Greek community. However, many Greek members share unofficial off-campus housing.

Greek housing on NU’s campus boasts 700 beds, Hagerty said, which the University may put to use. She said she thinks Greek houses this winter would either be highly supervised fraternity or sorority houses, or they could function as dorms.

“We need all the beds that we have,” Hagerty said. “Either to (have) people living in them or as a quarantine isolation space — we want to make use of all those rooms. We’ll use them one way or another.”