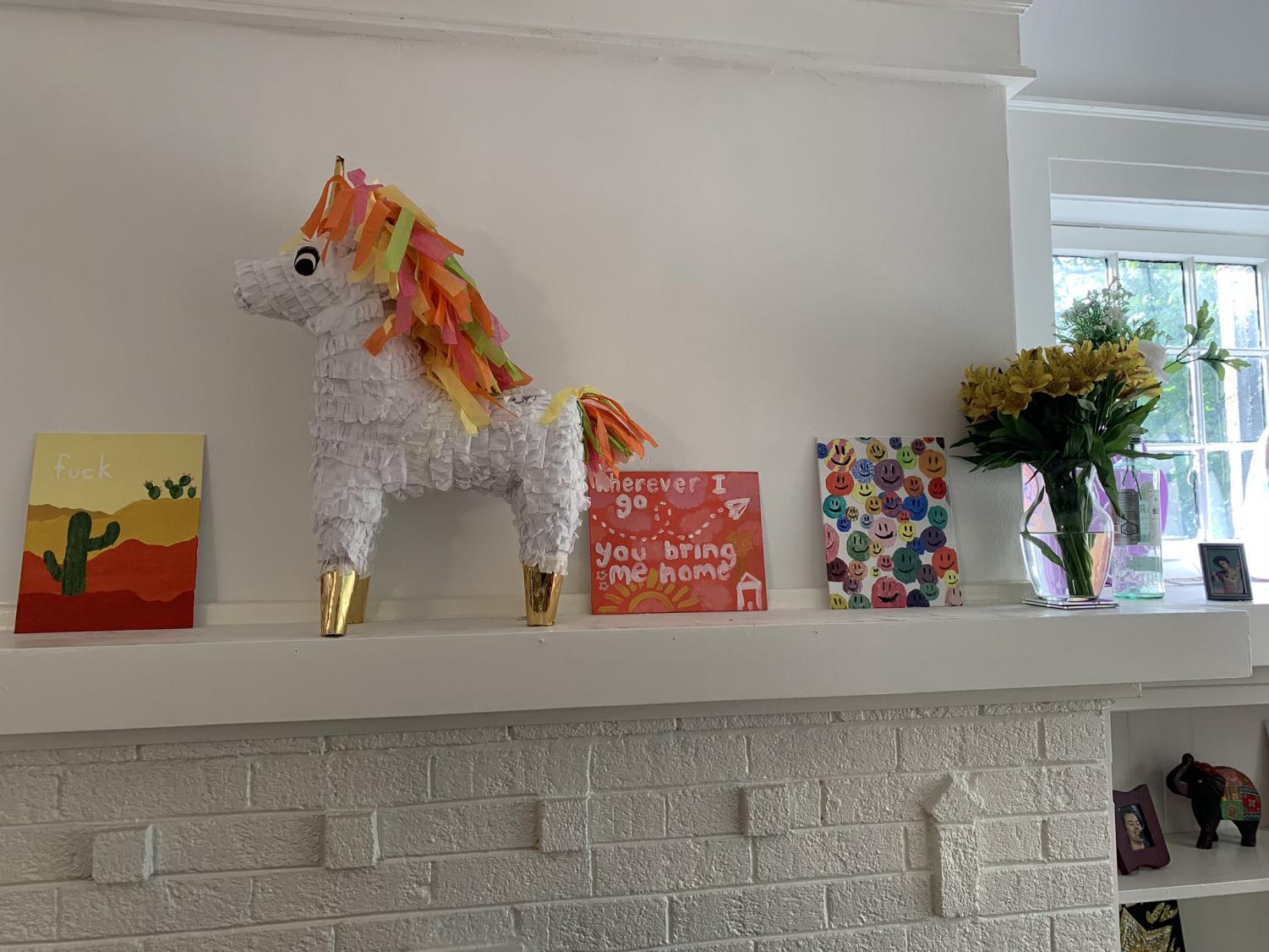 Does it spark joy?

How do you make a house feel like a home? Or to put it more aptly for Northwestern students, how do you make a largely empty dorm, an Evanston apartment or a childhood bedroom feel like a comfortable and sane space to live while balancing Zoom classes, quarantines, and weekly existential crises?

From shrines to their favorite singers to bedroom wall art galleries to four-legged roommates, here’s how four students managed to bring a bit of joy to their living arrangements this quarter. 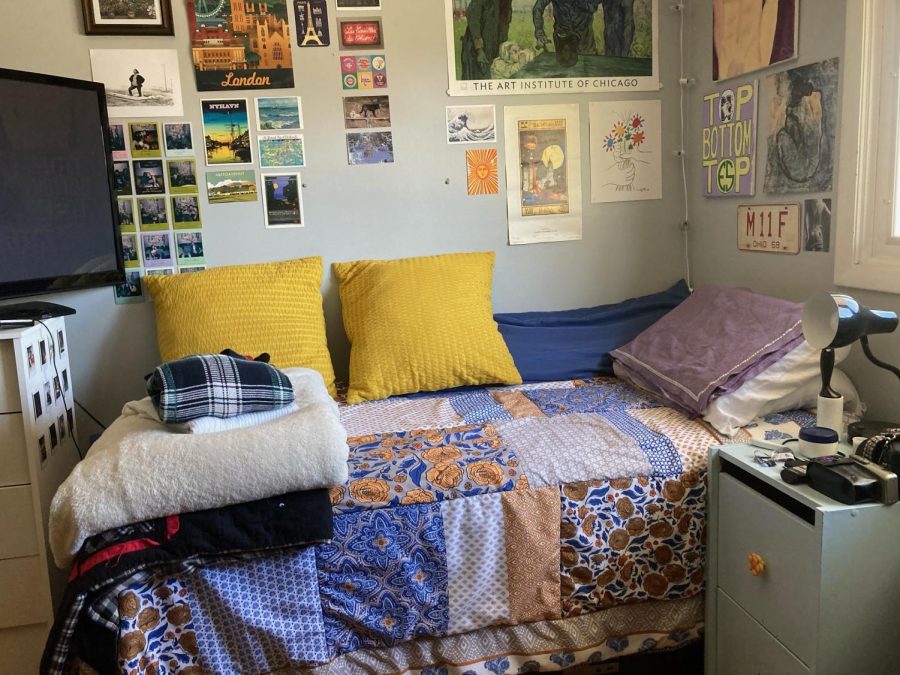 Growing up with three sisters, Communication senior Mac Lim didn’t have her own space until she got to college — and even then, she always shared it with a roommate.

But with the University’s last-minute closure of the Evans Scholars House, Lim has been able to transform her childhood bedroom — a “blank slate” since her sister left for college — into a setting that’s uniquely hers, filled with her own supplies and collegiate memorabilia.

“I’ve been struggling to find something or some sort of space that feels like it belongs to me, especially when I’ve always shared what feels like everything,” Lim said. “So feeling that I have one thing that can be my own is definitely helpful for my mental health.”

Shrine of the times 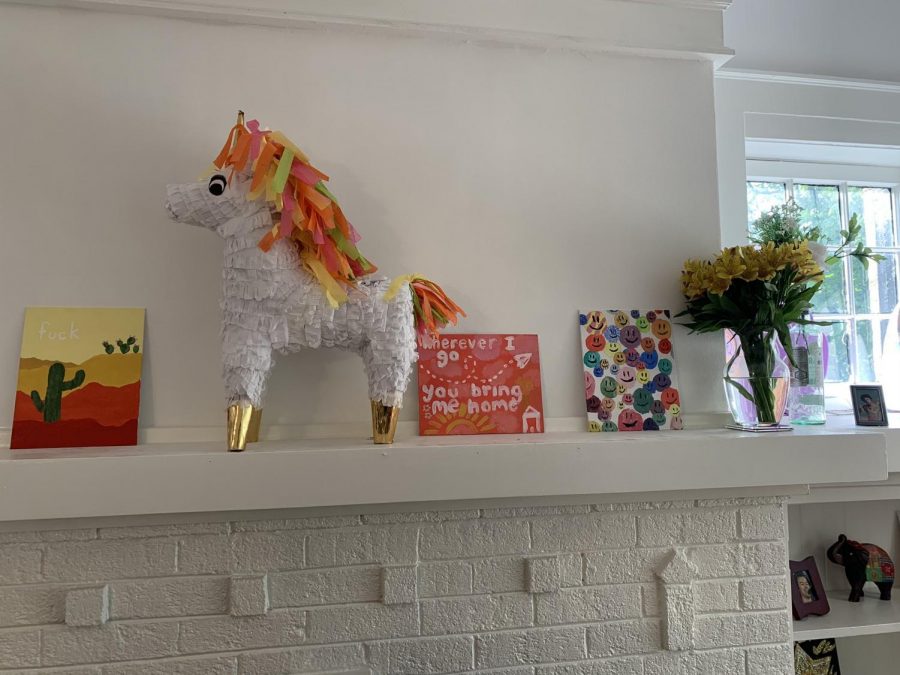 A mantle displaying a unique curation of her roommate’s art, a piñata, and farmers market flowers. A collage of magazine cutouts, postcards, and photos of family and peers that she’s been collecting for years. A homemade shrine to singer-songwriter Harry Styles.

For Medill sophomore Soumya Jhaveri, decorating her Evanston apartment was a way to create a space that she felt was her own and reminded her of what college could be, despite the distance between her and the friends she made last year.

“The previous six months when I was at home, I just didn’t feel focused in that space because it didn’t remind me of who I was now,” Jhaveri said. “It felt very middle school — my walls were still l bright blue. Being able to transform (our apartment) into somewhere I can spend hours in the same place every day was something that was really important to me.” 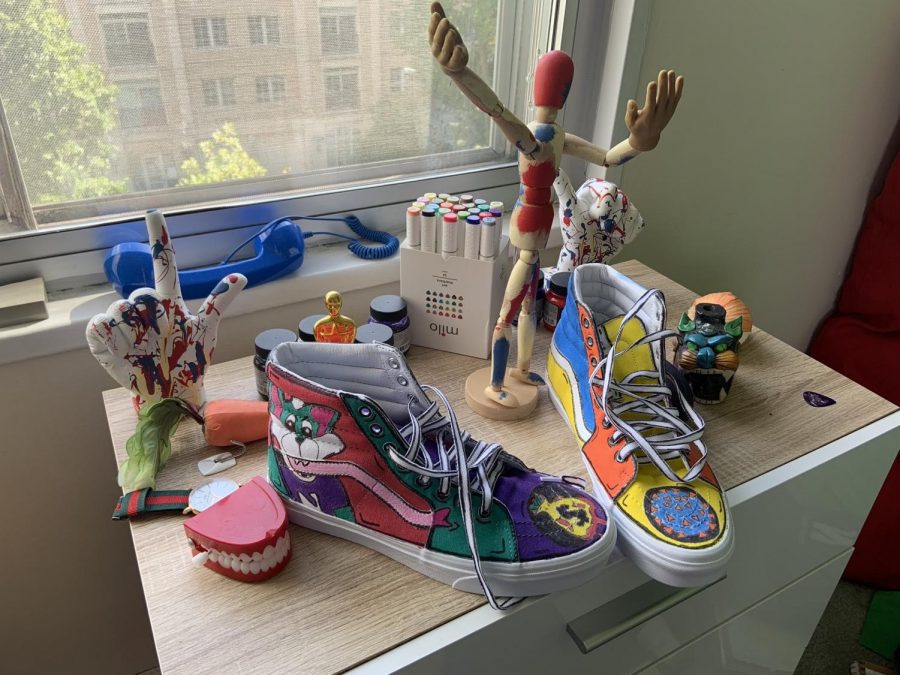 Between his video studio and the reassuring sticky-note messages that mark his apartment lies Rishi Mahesh’s “art wall.” A culmination of the Communication senior’s four years of compiling visual arts skills through a hobby that “brings him peace,” the works vary from Sharpie cartoons on repurposed posters to abstract watercolors of his backyard.

Of the collection, Mahesh noted he’s found the most interesting piece to be a self-portrait he worked on from the beginning of his displacement from Evanston to the start of Fall Quarter — a piece he sees as both a reflection of his artistic progress and his pandemic life.

“It’s a pretty grotesque, literal image of myself,” Mahesh said. “It was the thing that I was working on for the most tumultuous kind of time, and I think it represents that time.”

He added he’s grown to rely on these elements that make up his apartment for comfort, especially as we live through “the worst f–king time in history to be alive or whatever.”

You have to start thinking of yourself as the main character 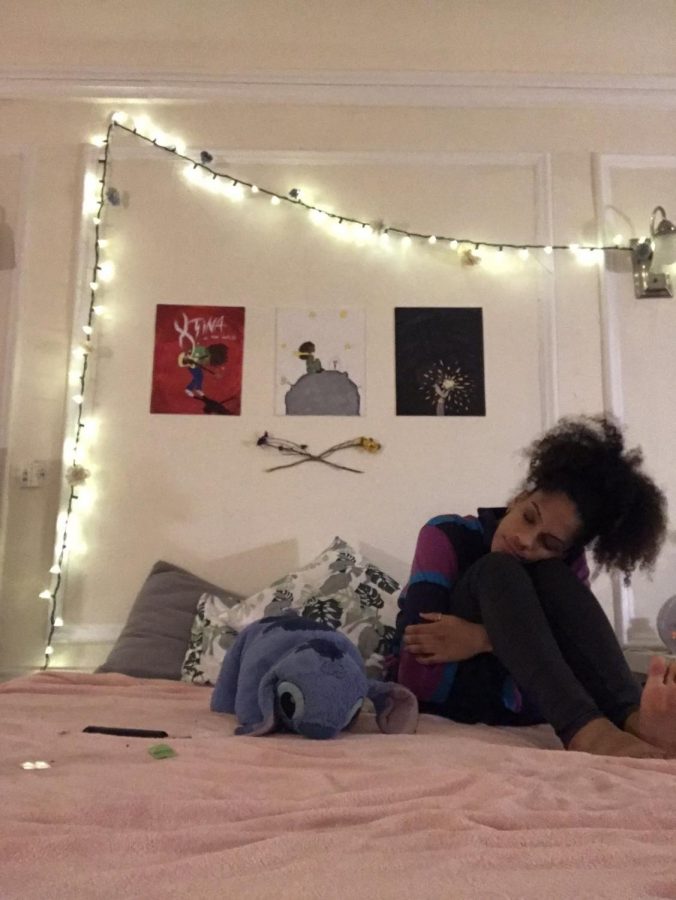 Weinberg senior Christina Carty explained a difficult part of the existential dread of a pandemic and transitioning to remote learning is grappling with where to place herself on the spectrum of “this sucks” — often resulting in her feeling like she has to tell herself her experiences and frustrations aren’t valid.

So above her bed in her Evanston apartment, she placed three paintings portraying herself as her favorite narratives: Scott Pilgrim vs. The World, The Little Prince, and Howl’s Moving Castle.

“Having the paintings and seeing myself as these characters who go on these huge adventures and have these big arcs, felt like a reminder that it’s happening now for me as well,” Carty said. “I’m always the main character, regardless of what’s happening, and I can honor my experiences and my emotions with the same intensity that Scott Pilgrim gets honored in his movie and The Little Prince gets honored in his story.”

— Captured: Inside the day Northwestern won a Big Ten title