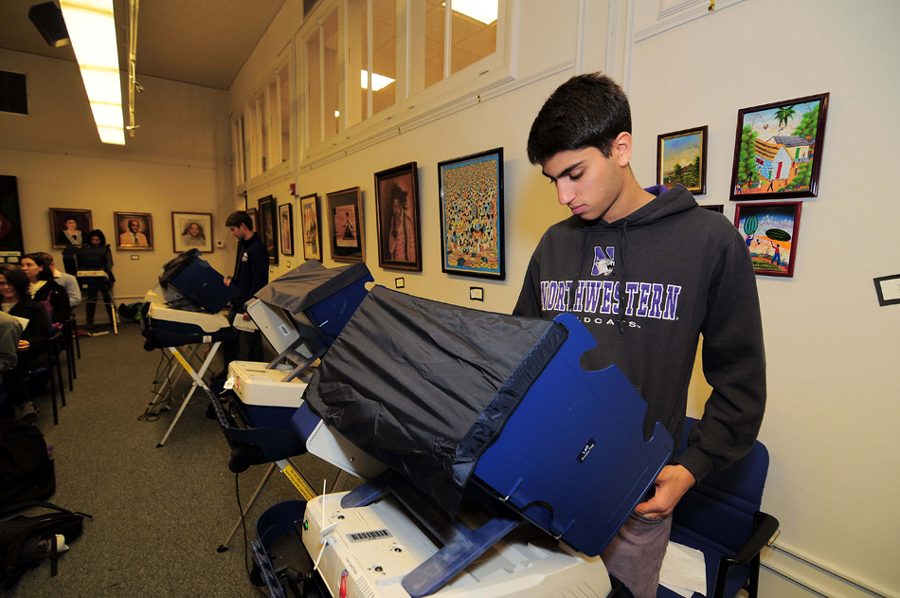 Less than a month out from the November election, city officials and local organizations encourage residents to vote early.

As Election Day nears during a pandemic, voting by mail is providing many voters across the country an alternative to going to the polls in person.

Recently, concerns have arisen about large-scale mail-in voting, some of which were prompted by President Donald Trump’s criticism of the system and his role in reducing United States Postal Service functions. State Sen. Laura Fine (D-Glenview) said she isn’t worried about accessibility of mail-in voting, but worries about the president’s rhetoric.

“My big concern is the president questioning the validity of the mail-in ballot because we want everybody to have the opportunity to vote,” Fine said. “He’s going to make people question, and I don’t want people to be afraid to cast their vote.”

Some regions around the country are seeing high levels of voter suppression, but Fine said she doesn’t worry about that as much in Cook County.

In May, the Illinois legislature passed Senate Bill 1863, which expanded vote by mail access and protections, and Gov. J.B. Pritzker signed the bill into law in June. Fine said this legislation makes her more confident in the mail-in voting system this election, and that everyone will feel safe voting by mail.

Mail ballot applications in Cook County are available in 12 languages. Once an individual has their mail-in ballot, they can mail their completed ballot back to the Cook County Clerk’s office or drop it off at a drop box. According to the Illinois State Board of Elections, Cook County has over 50 secure drop boxes in places. These drop boxes are staffed by clerk employees and emptied every day.

Boxes are available at the five regional courthouses in suburban Cook County, including the Skokie Courthouse. They will also be available at early voting sites from October 19 through November 2.

Rose Colacino, a leader on the team of election security integrity and security at Indivisible Illinois, said she has been in contact with election officials in the county, and has not heard of any limitations for drop boxes. Colacino said she thinks the county’s election system is strong, but if people have concerns about mailing in their ballot, they should use the drop boxes and contact local election officials. She said ultimately, it’s most important that people vote.

“We’re fighting for our democracy right now, we’re fighting for the soul of our nation,” Colacino said. “Now is not the time to be frustrated. Now is the time that we have to fight, and the only way to win is to make sure our voices are heard.”

Colacino said all ballots are processed the day they are submitted and received, but no ballots will be counted until polls close on election day. So, she said, there isn’t an advantage of using either voting method.

Jennifer O’Neil, president of the League of Women Voters of Evanston, said she advises people to vote early.

O’Neil said her organization has partnered with other groups to provide educational opportunities throughout the community. The league has also set up a hotline to answer people’s questions regarding voting.

The League of Women Voters of Evanston has been in contact with local election officials to address residents’ concerns and distribute clear information to the community. From those conversations, O’Neil said she thinks both the city and the county clerks are well prepared for this election.

In Evanston, the last day to request a mail ballot is October 29.