Chicago’s independent venues are running out of time to reopen 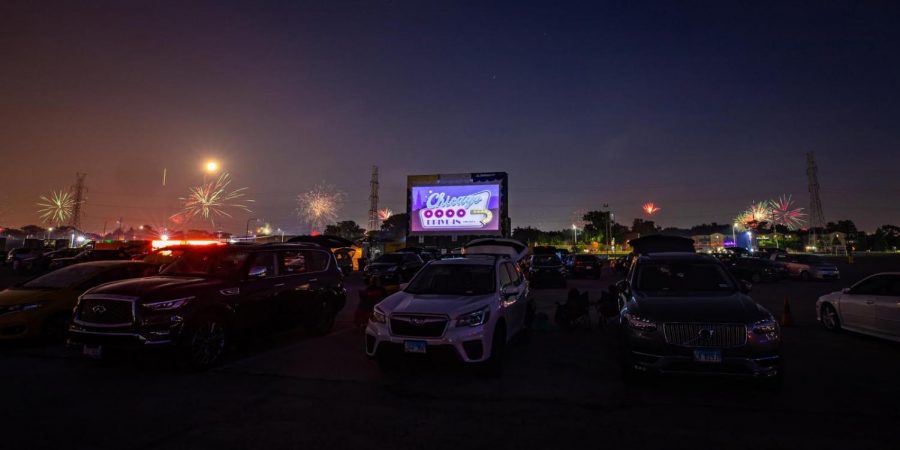 Cars gather for a night at the Chicago Drive-In. The drive-in opened this summer as a socially-distant entertainment venue.

Since the start of COVID-19, independent music venue Metro Chicago’s staff has dropped from 125 employees to eight.

Joe Carsello, a talent buyer at Metro, said his team is trying to adapt by launching a livestream concert series, but the venue is still struggling to stay afloat. The financial aid Metro received from the CARES Act, which was signed in March, only covered the company’s costs for about two months.

“That was helpful for that time, but here we are seven months into this process,” Carsello said. “We need that kind of next help, because nothing’s changed. We’re still not bringing in an income.”

According to a survey by the National Independent Venue Association, 90 percent of independent venues say they won’t survive another six months of lockdown without government intervention. While restaurants and stores have been open in some capacity in Illinois since June, music venues remain closed indefinitely. Many members of the industry say operating at a decreased capacity isn’t financially viable, since venues require a large staff to run a show.

While awaiting substantive action, some owners are using their resources to start new ventures. Louie Mendocino, the manager of the Cobra Lounge venue, helped open the Chicago Drive-In to host movies and concerts outdoors.

In June, the team built the drive-in only two weeks, welding together 26 shipping containers to support a 70-foot screen.

“It’s just a new way to experience something that we’re all familiar with,” Mendocino said. “I think as long as people are willing to give it a chance, they’re going to enjoy it.”

ROOKIE member Max Loebman said the performance was different from the shows he used to put on at stages like the Empty Bottle or Schubas Tavern, but it almost felt normal when he saw concertgoers outside of their cars.

“When we were on stage, I looked out and I could see people dancing,” Loebman said. “Maybe it was harder to feed off the energy compared to a crowded room, but it was still really great.”

Mendocino said he reached out to all of his entertainment contacts to create the drive-in, and is now working to put as many people to work as he can. The drive-in employs security, parking attendants, and out-of-work theater groups to scare guests for the Riot Fest Halloween Special this October.

But with cold weather approaching, Mendocino said he is unsure whether business will continue through the winter.

“I have to pivot,” Mendocino said. “I have to find something else, and I have no idea how long I’m going to run that for. It is legitimately survival mode right now for us, and unfortunately, I don’t see an end there. I don’t think anybody does.”

The Chicago Independent Venue League and the National Independent Venue Association are advocating for the Save Our Stages Act, a bipartisan bill that would establish a $10 billion grant program to support independent venues if passed.

Katie Tuten, a co-founder of NIVA and a co-chair of CIVL, said supporters made over 2 million calls to Congress advocating for the bill.

Tuten, who also owns the Chicago venue the Hideout, now relies on merchandise sales and crowdfunding to operate. She said she’s unsure how long that revenue will last, and that she’s holding on until the pandemic ends, or more stimulus money flows in — whichever comes first.

“Once we’re closed, we’re closed,” Tuten said. “You can’t put a kidney transplant in a cadaver. If the money comes after the fact, it’s too late.”