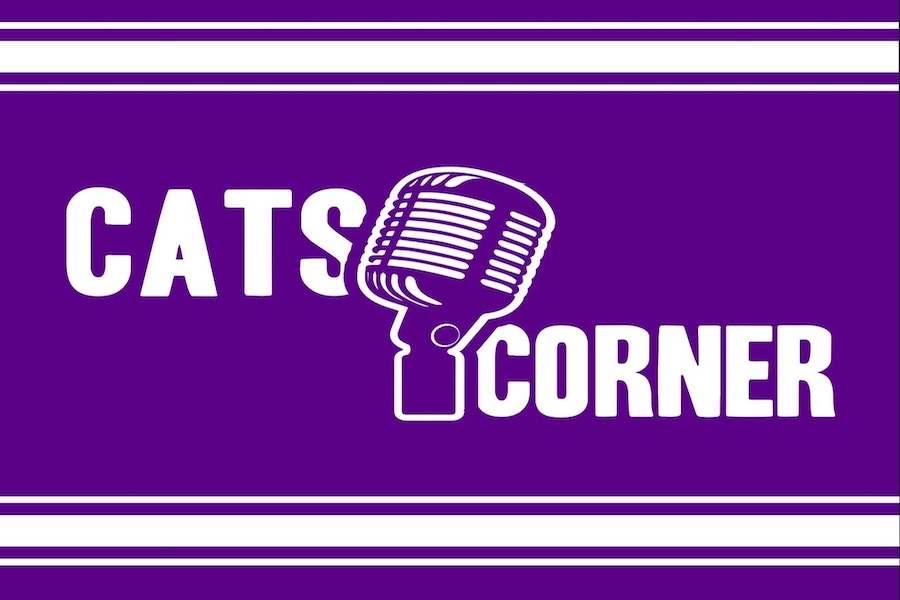 In the debut of Cats Corner, a podcast about all things sports and purple pride, The Daily talks to former Wildcats Alex Erro, Jack Dunn and Nick Paciorek about their experiences as professional baseball players during COVID-19.

ALEX ERRO: I was down in Fort Myers (Fla.) at spring training, and we were just going through our regular routine. I remember eating breakfast in the spring training facility and seeing Rudy Gobert and the (Utah) Jazz had their coronavirus outbreak, and that was still when it was pretty fresh. So we were all kind of wondering what that meant for baseball.

ELLEN O’BRIEN: And I’m Ellen O’Brien. Welcome to Cats Corner, a podcast about all things sports and purple pride. Last spring, the professional sports world was put on hold as COVID-19 postponed games and seasons. In the world of baseball, minor leaguers — athletes who play for teams affiliated with major league organizations — were left in flux in March. We spoke with Alex Erro, Nick Paciorek and Jack Dunn, former members of Northwestern baseball, about their experiences as minor league players during COVID-19.

ALEX ERRO: A few days later, we ended up having an organizational-wide meeting, and they basically told us to head home, quarantine yourselves and just watch out for us and we’ll see what happens. So that’s pretty much how my baseball season — or what was a baseball season — ended.

SOPHIA SCANLAN: That was Alex Erro. Last summer, he played for the Lowell Spinners, a Class A short season team in the Boston Red Sox organization. During spring training, he was practicing with other minor leaguers affiliated with the Red Sox.

ALEX ERRO: Before the whole virus scare, it was pretty normal. We were just going through our regular routines: get there in the morning, eat breakfast, practice, have our meetings, maybe play an intersquad game, and then head home for the day. That was pretty much my routine for about four weeks of spring training. We were actually just starting to play games against other organizations that week, and then we got sent home.

ELLEN O’BRIEN: The major league players stayed at spring training a little longer than the minor league players, since they had facilities that could accommodate social distancing. For Jack Dunn — who practiced with the Nationals organization and played for their Class A short season team, the Auburn Doubledays, last summer — the break from spring training didn’t disrupt his daily training schedule.

JACK DUNN: We all went back and acted like it was the offseason, so you’re still hitting six days a week, working out. Less and less people knew what was going on. And as weeks went on, months went on, I went, ‘Hmm, I don’t know if minor leagues are gonna be able to happen,’ especially because I think the minor leagues rely a lot on ticket revenue. I saw something about how people aren’t allowed into sporting events. So I was like, ‘Hmm, I wonder how minor leagues will be able to happen or to play with nobody in the stands.’

ELLEN O’BRIEN: And on June 30, any hopes for a minor league season in 2020 vanished.

WSLS: We have learned that all Minor League Baseball is canceled for the year.

ALEX ERRO: I kind of had a feeling, once the cases started ramping up. I know a lot of other industries started shutting down, and I figured it was only a matter of time before sports shut down for a while until we got a grip on it and knew how dangerous it was and the protocols to keep safe. So I didn’t know the exact implications of what the virus would have on the minor league season, but I knew at the very, very least it would be postponed or cut short.

NICK PACIOREK: You have to use your time effectively. So we didn’t have a season, but that doesn’t mean that you can’t get better or develop as a player. This is just a critical time of being able to utilize your resources and make the best of the situation. I think it’ll be a time that’ll set people apart.

SOPHIA SCANLAN: However, the future of several minor league teams is unknown. The Professional Baseball Agreement connects major and minor league teams. With the agreement set to expire at the end of 2020, the MLB has proposed cutting 42 minor league squads. If it gets approved, both the Lowell Spinners and Auburn Doubledays of the New York-Penn League are on the chopping block.

ALEX ERRO: New York-Penn League is an awesome league. It’s definitely an interesting league in the sense that everybody is relatively fresh to professional baseball because that’s one of the options teams have to send players after they’re drafted, since the league starts a few weeks after the draft. So I really mostly feel, obviously, for the players that would never have that opportunity to play there. A lot of those cities that I went to — they’re smaller cities — and the fans like (in) Lowell, they really enjoy watching baseball because they don’t have much else in that town. So it’s kind of like their big event. So I kind of feel for the communities that are losing those teams.

SOPHIA SCANLAN: Despite the absence of a minor league season, Erro, Dunn and Paciorek still have their eyes set on playing in the majors.

NICK PACIOREK: I just try to just focus on developing myself so that I can help my organization out. Because to me, the end goal is to be in New York or wherever, in the major leagues, not some small town. I don’t really care. That’s not the goal, the minor league. The goal is the major leagues.

ELLEN O’BRIEN: Major League Baseball adopted a shortened season, as well as several protocols to stop the spread of COVID-19. No fans are allowed in the ballparks, players cannot spit or touch their faces for signs and coaches must wear masks. In terms of the game itself, double headers have been shortened to seven innings, and if games go into extra innings, each team will start the inning with a runner on second base.

ALEX ERRO: I would just classify all that as rolling with the punches. I mean, there’s never been a 60-game major league season in the history of baseball, so I’m sure there were just tons and tons of obstacles that they had to overcome in order to make that happen.

JACK DUNN: All the players have done a great job of doing what they’re supposed to: socially distancing, wearing a mask, whatever it may be. It’s very impressive I think that they’ve been able to play a full season. It’s been very fun to watch.

SOPHIA SCANLAN: Even though the former Wildcats wished they could have had the opportunity to play professional baseball this summer, Erro understands the precautions.

ALEX ERRO: It was definitely an absolute 180 of what I thought would happen, but I mean, it happened to everybody and a lot of people got hit a lot harder. So I mean, it’s baseball. It’s important to me, but it is baseball, you know? There’s a lot of other other important things happening right now.

ELLEN O’BRIEN: And I’m Ellen O’Brien. Thanks for listening to Cats Corner.

SOPHIA SCANLAN: This episode was reported and produced by me, Sophia Scanlan, and Ellen O’Brien. The audio editor of The Daily Northwestern is Alex Chun, the digital managing editors are Molly Lubbers and Jacob Ohara, and the editor in chief is Marissa Martinez.