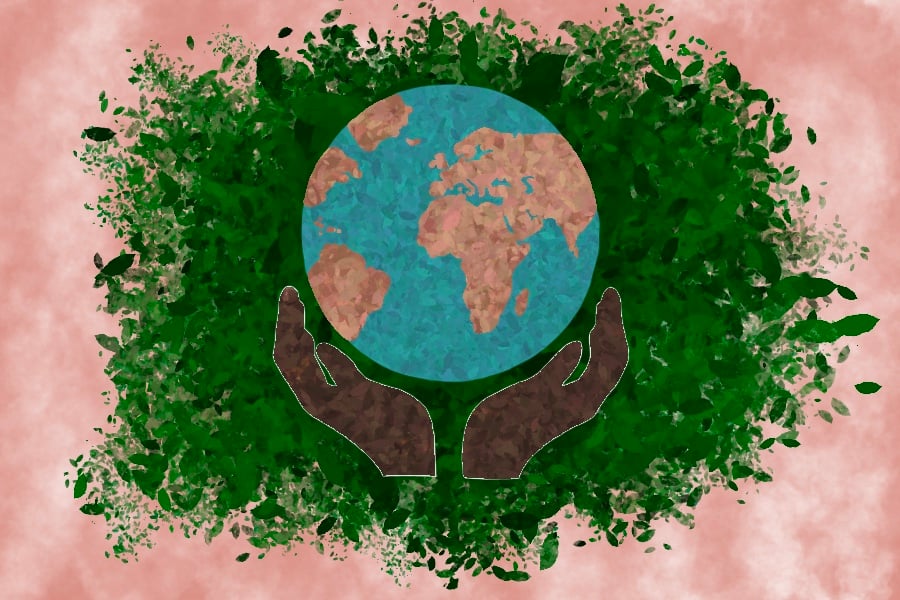 NU faculty, staff and students were heavily involved in planning the Midwest Climate Summit, which is focused on forming a climate change response across the region.

If the 12 states that are a part of the Midwest were a country, they would be the fifth-largest greenhouse gas emitter in the world.

This year, representatives of over 20 organizations, from universities to nonprofits to local governments, are coming together to develop Midwest-focused climate change solutions at the Midwest Climate Summit. Northwestern is playing a significant role in planning the event.

Hosted by Washington University in St. Louis and supported by Bloomberg Philanthropies, the Summit has two parts: a virtual “Fall Think Tank” and the action-oriented Summit in the spring. Greg Kozak, NU’s director of sustainability, is serving on the Summit’s steering committee.

“It really brings together a broad but interesting group of perspectives on climate change,” Kozak said. “It’s these individuals and these organizations who can serve as models for others to increase their ambition around action on climate change.”

This fall’s speaker series is broken up into four main themes: Science and Research, Teaching and Education, Climate Action and Outreach and Engagement. The Oct. 2 kick-off included speakers like Robert Bullard, who is often called “the father of environmental justice” and Isra Hirsi, co-founder of US Youth Climate Strike. The speaker series is set to continue every other Friday, starting Oct. 9 and continuing into November.

Jeff Henderson, associate director of NU’s Institute for Sustainability and Energy is working on the Teaching and Education portion of the Summit, which focuses on climate education and climate-related jobs. He said that his goal for the Midwest is to not only meet decarbonization goals, but also to create a transition to a green economy in a way that is “just and equitable.”

“A lot of the activity that’s being activated right now in the fall is really intended on setting us up for the spring so we can take a measurable action towards actually making progress on climate solutions in the Midwest, and then ultimately, obviously, for the country as a whole,” Henderson said.

Students from NU and other universities are heavily involved in planning the conference. Bienen and Weinberg sophomore Lucy London is working on the Summit; she’s planning the Climate Stories Contest for students to express their feelings about climate change through art, whether that be artwork, film, photography, written word or performing art.

London is also on the student representatives committee and says as a group, the students involved have opened a dialogue about centering more marginalized communities in their discussions about climate action.

“I definitely hope we can empower students, as well as faculty and staff,” London said. “I hope we can build somewhat of a community in the Midwest, fighting for climate justice.”

Kozak said the amount of people who helped plan the conference from NU shows the University’s commitment to addressing climate change. He said the number of individuals involved, around nine total, is “impressive” and a “testament to our leadership” on the issue.

But NU’s efforts alone are not enough, Kozak said. One of the reasons the Midwest Climate Summit is so important is that the response to climate change has to come from multiple sources in an “aligned fashion.”

“There needs to be a collaborative and coordinated response in the Midwest to address climate change, and that’s ultimately the goal here. We don’t want this just to be a bunch of people talking,” Kozak said.