Six new members elected to Northwestern Board of Trustees 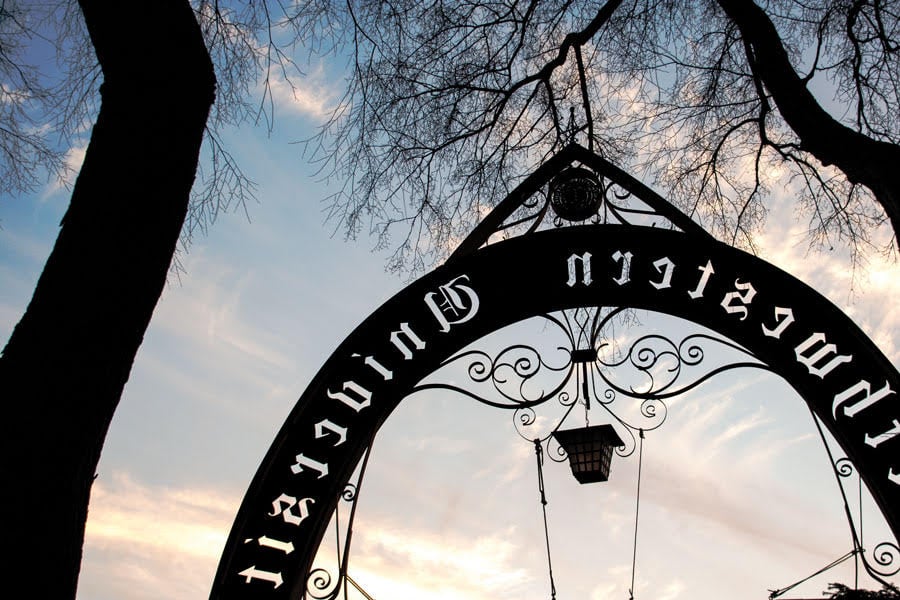 The Weber Arch. On Thursday, Northwestern announced plans for an accelerator for research and entrepreneurship in Downtown Evanston.

Six new members have been named to Northwestern’s Board of Trustees, the University announced in a news release. Joining a board of over sixty members, the group is charged with overseeing the management of the University. The new trustees are introduced here:

Heather Bogdanoff Baker (Weinberg ’92)
Baker serves as the executive vice president of the Board of Directors of the Center for Hearing and Communication, an organization aimed at aiding and empowering people with hearing loss, deafness and listening challenges. In her role as executive vice president, Baker, who has experienced hearing loss herself, works towards providing people who are deaf or hard of hearing with the best possible services.

Baker is also a member of the Board of Overseers at NYU Langone Medical Center, the Board of Visitors of the Weinberg College of Arts and Sciences, and has done work on projects examining the social well-being of people with hearing loss.

Tarek Elmasry (Kellogg ’94)
Elmasry is a senior partner with McKinsey & Company, where he advises CEOs on issues related to technology and corporate strategy. Having held a variety of leadership roles in the firm since 1994, Elsmary has worked for McKinsey in Chicago, Sydney, Jakarta, Dubai and Silicon Valley.

He is also a member of the Kellogg School of Management Global Advisory Board and co-chair of the 30% Club, an organization committed to achieving greater gender diversity at senior management levels within companies.

Elmasry is also an NU parent — two of his three children attend the University.

As co-founder and CEO of the Shirley Proctor Puller Foundation, Heller works to improve education outcomes for students in South St. Petersburg, Fla., where the organization has seen success raising graduation rates at both the high school and college level.

In 2019, Heller received NU Alumni Association’s Northwestern Alumni Medal, the highest honor offered by the association. She is on the Kellogg School of Management Global Advisory Board as well as boards for Novartis, Dexcom and Preserve Vision Florida.

Since 2015, Hung has been the CEO of New York Life Investment Management. During her time in the role, she has increased their assets three fold and managed the seven global firms across four continents. She is also a member of New York Life’s Executive Management Committee.

Hung is a member of the McCormick Advisory Council, and additionally serves on boards of Next for Autism and the New England Center for Children.

She delivered the convocation speech for the McCormick undergraduate class of 2019 and is also a recipient of the Northwestern Alumni Medal.

John Kukral (McCormick ’82)
Throughout his over 30 years in real estate, Northwood Investors CEO Kukral has been involved in more than $43 billion in real estate transactions worldwide and across multiple sectors.

Krukal has also worked with JMB Realty Corporation and Blackstone Real Estate Advisors, where he helped the company grow to be one of the largest real estate managers globally.

Originally from Monaco, Manzone serves on the board of the Prince Albert II of Monaco Foundation for the Environment in Switzerland and is an executive board member of the Principality’s Monaco Digital.

Manzone is president-elect of the Northwestern Alumni Association, and the parent of a current NU student and a recent graduate.