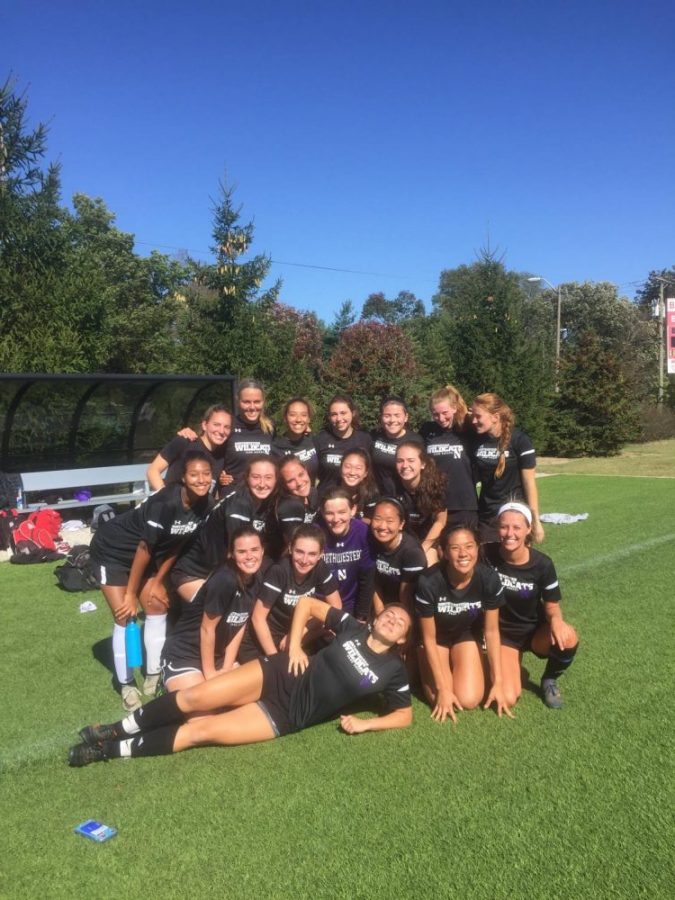 After months of being apart and off the field, the women’s club soccer team is ready to get back to practicing.

Although the team only missed a few scrimmages in the spring, they are missing out on their entire fall season, usually consisting of 11 games played in September and October. But, after two months of HIIT workouts over Zoom during Spring Quarter, juniors and seniors are preparing to return to the field this fall.

Northwestern Recreation is allowing upperclassmen to practice, but no more than 25 players are allowed to attend, and all players must wear masks and practice social distancing. Because the team is mostly sophomores, only about 11 people would be able to practice. Despite the added difficulties of running drills with a small cohort, however, Weinberg junior and captain Emmeline Leggett is thrilled to get back to practice.

“I will do whatever so that we can play, and I want to play regardless, even if it’s just two people, and we want to kick the ball around,” she said. “I definitely want to play and I just want to get back to feeling somewhat normal.”

Although their league, the Women’s Midwest Alliance Soccer Club, canceled all fall competitions, there is still hope for the spring. Weinberg senior Grace Leupold has played soccer since she was five years old, and said she was sad to lose out on her senior season, especially after studying abroad last fall.

“I was super excited to come back and then play my senior year,” she said. “Club soccer is such a huge part of my life at Northwestern, so it’s been pretty hard thinking about maybe not having any sort of resemblance of a season this year.”

Despite the loss of the bulk of their season, Leupold is living with another girl on the team, and the two of them have been doing soccer workouts together to stay in shape.

Not every player has had the same opportunities, however. Medill sophomore Hannah Cheves is in Evanston this fall. But despite her proximity to the field and her teammates, she won’t be allowed to practice under the guidelines for club sports.

She’s played soccer since she was four years old and has missed being on the field, especially after leaving campus so abruptly in the spring. She said it’s hard to see the upperclassmen being able to practice, especially after months away from the team.

“I love playing and liked being able to play with them. I definitely feel like we didn’t have enough time to bond during the spring and have fun,” Cheves said. “I was looking forward to having spring (scrimmages) and warm weather and being able to be outside.”

Leggett said not having a fall soccer season has been strange for her.

Soccer practice is a “staple” for Leggett, especially after playing since she was three. It’s continued to be a large part of her life at NU, she said.

“I really miss it. For me, it’s always been that soccer and practice was a nice break in the day,” Leggett said. “And I feel like without that, I don’t have as much of a routine. I don’t see as many people… It’s just another thing that we don’t have.”