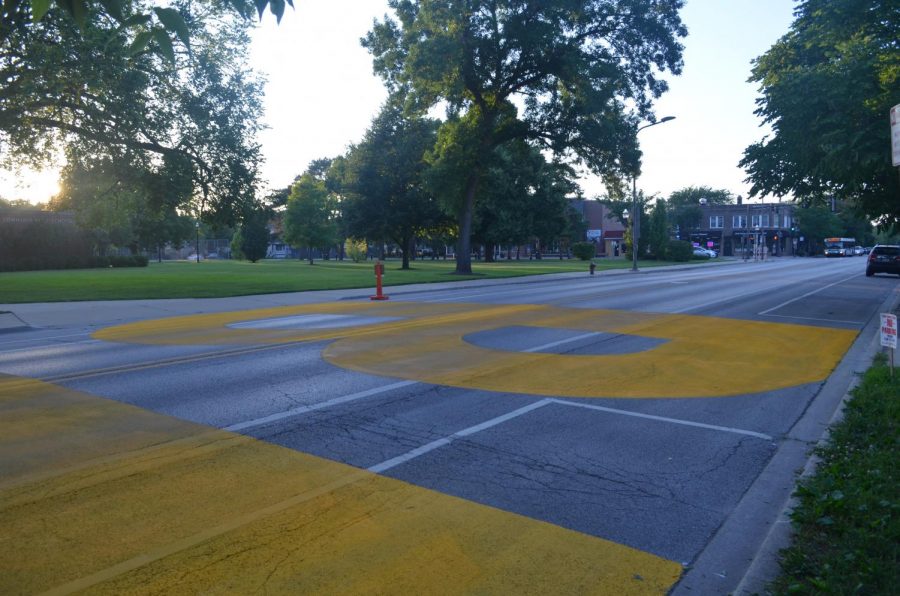 The section of Dodge Avenue, located between its intersections with Church Street and Lake Street, received the honorary designation after an application was put forth by Evanston Township High School Head Basketball Coach Mike Ellis and Ald. Peter Braithwaite (2nd).

Ellis said the application followed a weekend in which the ETHS basketball team painted the words “Black Lives Matter” on the same portion of Dodge Avenue.

ETHS senior Isaiah Holden said he was thankful for the ability to paint the street, and hoped to see a lasting impact in the community as a result of the recognition.

“It was a very memorable moment to see how the community came out together, painting the street (to say) ‘Black Lives Matter,’” Holden said. “It was important to the basketball team because we have to make a change. Painting the street, I feel like that was the first step into making that change.”

The street painting was supported by the city, but impending winter weather may affect the condition of the paint.

As a result, ETHS senior Elijah Bull said renaming the street, which is located in front of the high school, will serve as a more permanent commitment of Evanston’s support of Black lives.

The resolution passed unanimously, with limited discussion. Before its approval, Braithwaite said he was thankful for the initiative the ETHS basketball team took to paint the street, as well as Ald. Robin Rue Simmons’s (5th) support for the resolution.

City Council has faced criticism from residents and activists for the extent to which it implements plans to support racial equity, but Braithwaite said before the resolution passed that it’s indicative of the city’s climate as a whole that the honorary naming process for the street faced little pushback.

“This is significant, and there are many towns and communities that would not have an opportunity to do this,” Braithwaite said. “I take pride in the fact that it’s going to pass in our Council.”