Men’s club rugby stays motivated and optimistic during the pandemic 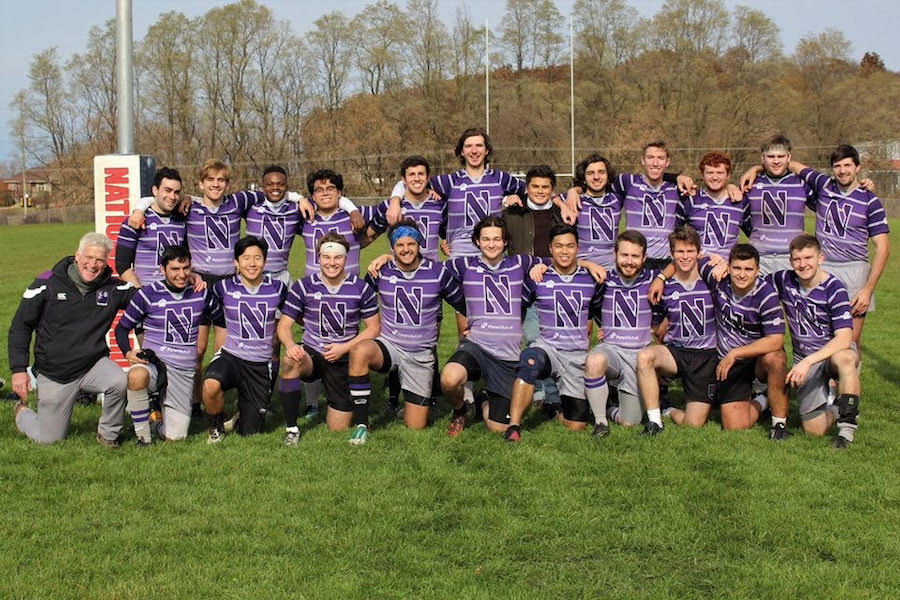 Like many other teams, men’s club rugby had its spring season cut short last March. However, the team is preparing to begin practices for the year under new guidelines.

For the fall, clubs are allowed to practice as long as they maintain social distancing and remain on campus, and they aren’t allowed to travel or compete, according to an email sent to club sport leaders in August. The men’s rugby squad is excited to pick up where they left off, even though practices will look different than in the past, Weinberg senior Erik Cook, the club’s president, said. No tackling will be allowed, but the players will still be able to practice passing and kicking drills, as well as spacing.

According to Weinberg junior Marc Worden, social distancing won’t be too much of a problem for the team during practice.

“A lot of spacing is necessary for rugby so we can run plays, and we’re already six yards apart — that’s just how it’s supposed to be,” Worden said. “As long as there’s no tackling, it’s definitely pretty easy to do.”

Cook, the club’s president, said only holding practices won’t be a huge shift from last year, as the team was on a probationary period that prohibited them from competing. “At least we’ll still be able to hone our skills,” he said.

The team plays in the Great Midwest Rugby Conference of National College Rugby, which cancelled the fall season, even threatening to ban teams that play matches this fall. The other collegiate teams in the Chicago area agreed that there would be no competitions, but that they would reassess in the winter.

Despite not being able to compete this fall, Weinberg senior Nick Gatti, the team captain, said he is happy the team can start practicing again.

“We were ecstatic when we got the email because we thought like there was no chance anything was going to be able to happen in the fall,” he said. “So I’d actually say it’s been a win, even though we still can’t play.”

Over the spring and summer, the team stayed connected through Zoom, and have kept in touch, even while miles apart. However, their typical social activities, like watching football together, won’t be possible due to the pandemic.

The rugby team is still recruiting freshmen and other new players, including a few students who showed up to the Student Organization Fair on Thursday. Because they can’t hand out flyers and the freshmen and sophomores on campus can’t play, recruiting will be more difficult.

However, Gatti said not being able to compete is a small price to pay in the COVID era.

“Obviously it’s a bummer not to play, (but) at the end of the day, there’s a lot bigger things going on in the world,” Gatti said.