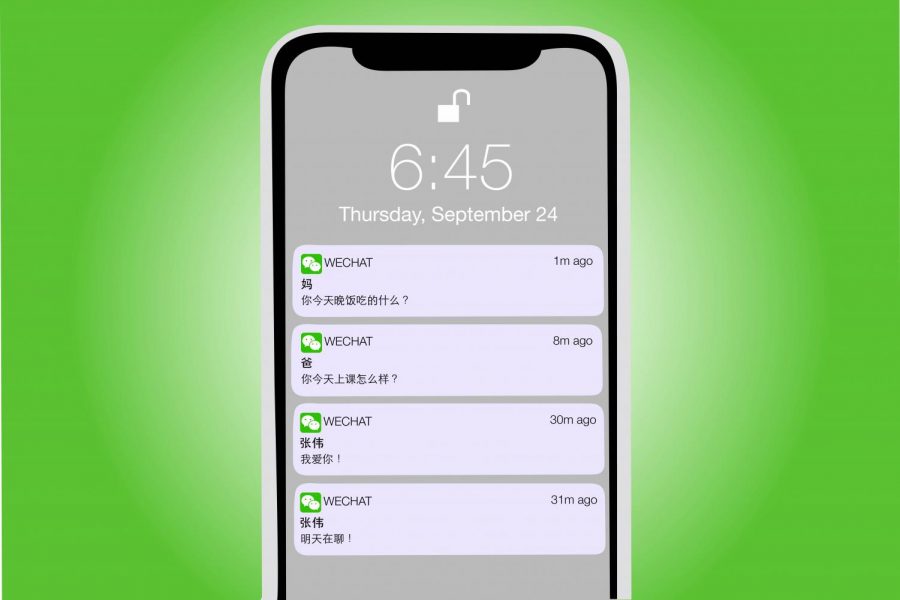 WeChat is the most popular messaging app in China. When Chinese international students come to study in the U.S., it’s one of the only ways they can keep in contact with friends and family back home.

When Weinberg sophomore Ika Qiao needs to contact someone, her “automatic reaction” is to open WeChat.

The two are among the many Chinese international students who are at risk of losing their strongest connection to friends and family at home if President Trump’s proposed ban on WeChat is allowed to take effect. The ban, which has been temporarily blocked in court, would prevent all updates and new downloads as well as all financial transactions through the app and could even instruct internet providers to block traffic to the app.

Banning social media apps is not a novel move in the sphere of Sino-U.S. relations — Facebook, Twitter, Snapchat and Instagram are all among the U.S.-based social media companies blocked by the Chinese government.

But Liu believes the WeChat ban is much different in the scope of users it will affect.

“These (apps) have been banned since such a long time ago, people in China don’t really use these apps,” Liu said. “But WeChat is something that everyone uses in China.”

Qiao said adapting to this ban would also be different because of the near monopoly WeChat has on communication in China. She first learned about the potential ban from her parents, who have been urging her to look into other ways to be able to communicate with them at home in Shanghai.

Weinberg sophomore Annie Chen’s parents forced her to download a “random messaging app” out of fear that they would wake up one day and no longer be able to communicate with her. The same fear of losing all contact with her parents caused Liu to feel “a little anxiety.”

Despite the magnitude of the ban’s impact, Chen, Qiao and Liu aren’t surprised by the move by the Trump administration, which has previously targeted international students through prohibitive visa restrictions and targeted Chinese people in particular through the use of rhetoric such as “Chinese virus” during the COVID-19 pandemic.

For now, Qiao is exploring using email and other means of communicating with her family, but worries that these apps may also be banned in the future.

“There was a meme on Facebook saying when TikTok was going to be banned that 80 percent of the teenagers in the U.S. will learn to use a VPN,” she said. “Maybe we can do the same.”