The Ripple: BLM and the Ballot 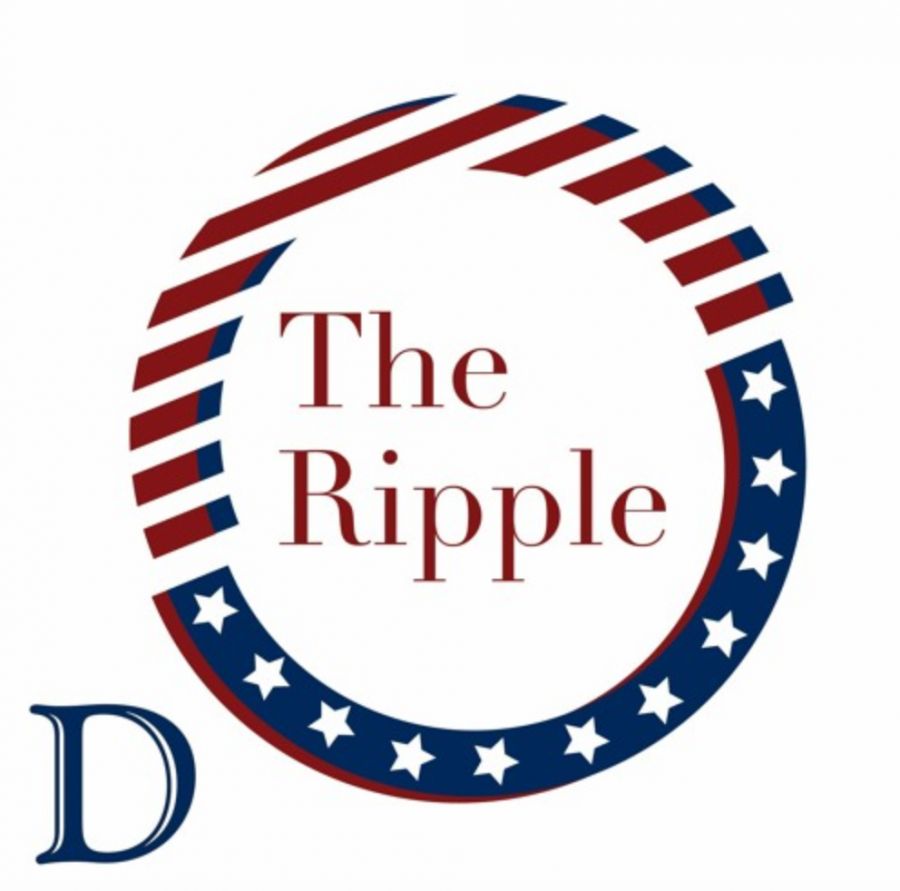 Julia Richardson, Reporter
The Daily Northwestern · The Ripple: BLM and the Ballot

Events during the past few months have sparked conversations about defunding the police, prison reform and the Black Lives Matter movement. Northwestern student leaders discuss these issues and their place in the rapidly approaching 2020 presidential election.

RYAN ABBOTT: Biden’s kind of struggling to carve out a strong stance for himself, and I think that might hurt him going forward.

ELIZA GONRING: In my opinion, the uprisings are an assertion of abolitionists’ beliefs into the mainstream at a level that we really haven’t seen before.

JULIA RICHARDSON: From The Daily Northwestern, I’m Julia Richardson. Welcome to The Ripple, a podcast on the effects of state and national politics on the Evanston and Northwestern community. The following podcast contains explicit language.

JULIA RICHARDSON: The killing of George Floyd and ensuing protests have sparked conversations about racism, defunding the police and prison reform and abolition on a national level. With the 2020 presidential election only a few months away, candidates’ responses to recent events have been under increased scrutiny. A few of Northwestern’s student leaders, across the political spectrum, weighed in.

JULIA RICHARDSON: Adam Downing’s the events director for Northwestern University College Democrats. For him, this election is important.

JULIA RICHARDSON: Although Adam would like to see Joe Biden coming out more for Black Lives Matter in response to recent events, he believes the steps Biden has taken are promising. And while Biden wasn’t his first pick for the Democratic nomination, he and NU College Democrats plan to do everything they can to drive out the vote for him.

ADAM DOWNING: We understand that Trump right now is not doing anything for BLM. Seeing his responses to it were to use tear gas to clear streets, to enlist other police policies which made the police a more militant force in the United States and I believe has hurt the movement.

JULIA RICHARDSON: Ryan Abbott is on the other side of the political spectrum — he’s the secretary of public relations for Northwestern University College Republicans. Ryan thinks that Biden could be doing more to respond to the Black Lives Matter protests.

RYAN ABBOTT: I’m not very familiar with what Joe Biden is doing. And that might be just because he hasn’t done very much. And I certainly understand he’s not the President of the United States. He’s only a candidate. There’s only so much he can do. He’s done well with the tools he has, but the statement that he’s making is not strong enough, and he hasn’t carved out a good enough niche to really cement a stance in the midst of these issues.

JULIA RICHARDSON: He also feels Trump’s response to protesters did not start out strong but has become better over time.

RYAN ABBOTT: When Trump says, “I don’t like police brutality, but I also want to maintain law and order,” it’s a much more nuanced stance that I think is a lot stronger than the one Biden is putting forth.

JULIA RICHARDSON: Other students are less focused on the presidential election. SESP senior Eliza Gonring is invested in abolitionist efforts — that includes police and prison abolition.

ELIZA GONRING: Every death that happens inside of a prison or every death that happens because of health complications that were developed while you were incarcerated, because your food you’re getting is shit, the healthcare you’re getting is shit, the conditions you’re living in are shit, like those are also state-sanctioned murders, just like the people that are shot by cops. In my mind, there’s no difference. And there’s really no liberation until we get rid of prisons.

JULIA RICHARDSON: For Eliza, prison abolition is connected to the abolition of the state. That means her opinions about elections are complicated.

ELIZA GONRING: We have to abolish the state, and you can’t vote that in. I always, in my life, will flop back and forth on whether or not I think we should vote. Sometimes I’m like, “Yeah, we should,” and sometimes I’m like, “I’m not going to put my energy into it, because I don’t see what I’m going to get out of it because my goals do not align with the goals of anyone that I could elect.”

JULIA RICHARDSON: The debate over policing is a long-standing point of contention, with some arguing that the police system should be reformed or abolished. This is playing out on Northwestern’s campus, too. NU Democrats outwardly support the Black Lives Matter Movement, but don’t have an official stance on abolition vs. reform, according to Adam.

ADAM DOWNING: As the Democratic Party doesn’t have an official stance on this, we think it’s best to just make sure people are informed. We say, you know what, if you want to come to our organization, our club, and you want to be staunchly in favor of reform, fantastic. If you want to be staunchly in favor of abolition, that’s also fantastic. It’s not our place, as we believe College Democrats, to have a strong stance on the opinion. Just, we understand that something needs to happen and change needs to occur, we just are open to multiple possibilities of that.

JULIA RICHARDSON: Meanwhile, Ryan’s personally not against the idea of police reform but believes some people may be going a little too far.

RYAN ABBOTT: If you’re supporting just scaling down the police or removing police, I’m not sure how that’s going to make people feel safer.

JULIA RICHARDSON: With conversations like this happening all over the country, Biden and Trump have voiced their opinions on the police.

DONALD TRUMP: When asked about different things concerning our incredible police, who have been absolutely put in a very bad position, Joe Biden said he would defund the police. Biden would defund them; he’d abolish them I guess.

JOE BIDEN: No, I don’t support defunding the police. I support conditioning federal aid to police based on whether or not they meet certain basic standards of decency and honorableness, and in fact, are able to demonstrate they can protect the community and everybody in the community.

JULIA RICHARDSON: Biden’s campaign platform actually supports a $300 million investment into the Community Oriented Policing Services, or for short, COPS program. This program would fund training on community policing and hiring of additional police officers. Eliza doesn’t believe that President Trump or Biden will accomplish what needs to be done in terms of abolishing the police.

ELIZA GONRING: Between Trump and Biden, people are going to die en masse, prisoners are going to still be in prison, Black people are still going to be dealing with all the bullshit we’ve been dealing with since we were brought to this country. There hasn’t been a single president that has materially enhanced the lives of Black people, a single president that has taken an active stance against police brutality. I’m not necessarily relying on leadership, I don’t even think I can. I’m relying on the power of the people, and right now, we’re seeing what we could do. There’s nothing we can rely on that is more powerful than the people.

JULIA RICHARDSON: From The Daily Northwestern, I’m Julia Richardson. Thanks for listening to another episode of The Ripple. This episode was reported and produced by me, Julia Richardson. The audio editor of The Daily is Alex Chun. The digital managing editors are Molly Lubbers and Jacob Ohara. The editor in chief is Marissa Martinez.