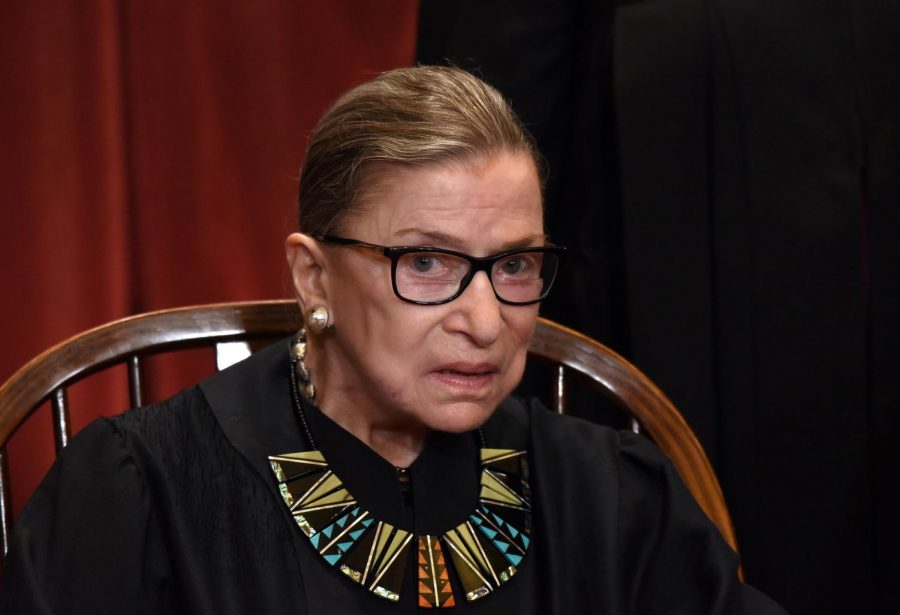 Justice Ruth Bader Ginsburg, who passed away on Friday, was famous for both her decisions and dissents which notoriously defended gender equality and LGBTQ+ rights, including voting in favor of same-sex marriage in 2015.

Supreme Court Justice and American political icon Ruth Bader Ginsburg died Friday, leaving behind a rich mark on the fight for gender equality and civil rights in U.S. courts. Her death came roughly six weeks before the presidential election, raising questions about next steps for the federal judiciary.

As the second female Supreme Court justice, Ginsburg was famous for both her decisions and dissents which notoriously defended gender equality and LGBTQ+ rights, including voting in favor of same-sex marriage in 2015. In a news release, political science Prof. Alvin Tillery reflected on her legacy.

“Justice RBG was an American icon,” Tillery said. “As a young lawyer, she did more than perhaps any other figure to advance women’s equality through her landmark victories as a member of the Supreme Court Bar. She continued to be a champion for gender and racial equality during her tenure on the nation’s highest court.”

Many, such as Pritzker Prof. Martin Redish, saw Ginsburg’s legacy as reflective of certain values of equality.

Redish cited landmark cases United States v. Virginia, where she delivered the majority opinion, ruling the Virginia Military Institute’s male-only admissions policy unconstitutional. He also spoke on her dissent to the Shelby County v. Holder ruling that overturned a provision of the Voting Rights Act of 1965 requiring states to receive federal approval when making major changes to their voting laws.

But for Redish, Ginsburg’s most notable dissent was a little-known case in which she defended a New Jersey factory worker who lost several fingers in a manufacturing accident. Since the manufacturing company was British, the Supreme Court ruled he had to go to England to file a lawsuit.
This case stands out for Redish as the hallmark for what RBG did best: defending “the little guy.”

“She does it by meticulously analyzing and explaining the law,” Redish said, calling her fight for justice “intellectual” as opposed to ideological.
Meanwhile, as many hail Ginsburg as a champion for progressive justice, many have criticized her for less progressive votes on issues such as criminal sentencing as well as her vote in favor of the Atlantic Coast Pipeline.
Pritzker Prof. Kim Yuracko said she felt “uncomfortable” evaluating Ginsburg on that basis.

“The highest ideal of our courts is that judges and justices get life tenure so that they can interpret the law in the way that they think is most faithful either to congressional intent or to the Constitution,” Yuracko said.

Following the passing of Court justices, who serve lifetime tenures, the responsibility of nominating a new justice falls on the serving president. With the court holding a 5-4 conservative majority before Ginsburg’s passing, Redish expressed concerns about what will happen next.

“I fear that some well-deserved rights… are in serious danger,” Redish said, specifically citing women’s rights and LGBTQ+ rights, such as gay marriage. “I hope I’m wrong. But I would worry about that when it’s a 6-3 conservative vote.”

Ginsburg dictated to her granddaughter shortly before her death calling it her “most fervent wish” that she not be replaced under the current president. However, on the night of her death, Senate Majority Leader Mitch McConnell (R-Ky.) pledged to vote on a replacement before the end of President Donald Trump’s term.

Redish called this move “shameless hypocrisy” by the Republican Party, which insisted that Justice Antonin Scalia’s seat not be filled when he died about nine months before the next presidential election in 2016. Ultimately, former President Barack Obama’s nominee, Judge Merrick Garland, never received a hearing.

According to Yuracko, Ginsburg’s legacy extends past that which is “purely doctrinal.”

“Women of my generation, we really did know how much women of Justice Ginsburg’s generation did for us, and that it was a lot harder for them,” Yuracko said. “The debt was really clear to us because we were close enough to really remember and realize how much easier it was for us.”

Yuracko described herself as feeling both “indebted” to and “inspired” by Justice Ginsburg’s strength and determination, as well as her ability to maintain an unparalleled career while raising a family.

Pritzker Prof. Deborah Tuerkheimer echoed this sentiment in an email to The Daily.

“Justice Ginsburg was the fiercest of fighters for a world in which gender does not limit opportunity,” Tuerkheimer wrote. “By dint of brilliance, grace, and sheer force of will, she helped to transform the legal meaning of equality. By her extraordinary example, she inspired women across generations, whose personal and professional choices are (a) continuing testament to RBG’s legacy.”

— Buchaniec: the case for a female president