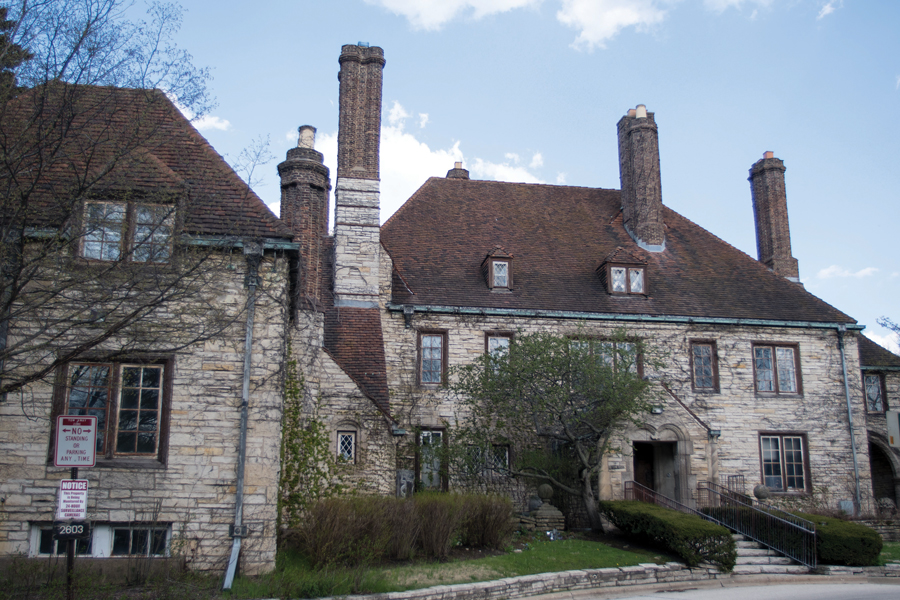 The Harley Clarke Mansion, 2603 Sheridan Rd. On Monday, City Council chose Artists Book House out of four proposals for a lease for the property, and will move forward with the group.

City Council sent proposals to repurpose the Harley Clarke Mansion back to the City Manager’s office for continued evaluation after four groups presented their plans to City Council and the community on Monday.

Each organization submitted their vision for how the building, which is located on Evanston’s lakefront at 2603 Sheridan Rd., would function within the Evanston community, and also explained the fundraising hurdles that stand in the way of their goals.

Artists Book House detailed their vision to turn the lakefront property into a book-making and literature center, while Evanston Community Lakehouse & Gardens described a vision of Harley Clarke that was a multi-purpose community center.

Highlighting financial sustainability, The Evanston Conservancy proposed a “nonlinear funding” model which would utilize outside investors and lease the property to local businesses, and ONECommunity Museum presented plans to repurpose the mansion into the nation’s “first sustainability museum.”

The proposals will undergo an evaluation through the City Manager’s office, where each proposal will be “scored” based on its community benefit and financial feasibility, among other factors.

Ald. Judy Fiske (1st) said the City Manager’s office should prioritize timeliness during the scoring process because of the extended delay in the project.

Previously, groups have proposed multiple plans for the mansion — including a pitch for its demolition, a possible renovation into a hotel and a prior iteration of Evanston Community Lakehouse and Gardens’ proposal, which was turned down by City Council in April 2018.

“I’d like to ask staff to really focus on the numbers and the timeline,” Fiske said. “I know COVID has drastically affected all of this. How are there timelines? How have they changed? How much money do they have to put up front?”

“Make a decision to award the lease to one of these four organizations, and let’s move on,” Sutton said. “The building is deteriorating and the citizens of Evanston are asking for a house that represents all the people. So let’s get moving on this.”

Patrick Donnelly, vice president of Evanston Community Lakehouse & Gardens, attempted to make a distinction between The Evanston Conservancy and the other organizations.

Donnelly argued that those pushing The Evanston Conservancy’s proposal were “clearly money people,” while the other organizations are geared toward a non-profit approach.

While Evanston Community Lakehouse & Gardens and the Artists Book House will need to raise millions of dollars fundraising for their project, The Evanston Conservancy aims to finance their project through outside investors who will then earn a return on their investment. They plan to lease the property to various local businesses, such as a nature-based preschool, after the restoration is completed.

According to the organization, it is this financial model that can ensure economic sustainability.

“Evanston Conservancy has a strong business plan and I feel confident we’ll crush our investment goals, especially with such a distinctive project and premier location,” said Joe Krouse, who serves on the project’s legal and finance advisory board.

But some Evanston residents, such as Communication senior Nolan Robinson, said the property has potential beyond financial feasibility.

“I’m sure if you’ve driven past that lake before — there’s one demographic, all the houses are huge, and it feels like I don’t fit in with my own neighborhood,” Robinson, who is Black, said in a video during Evanston Community Lakehouse & Gardens’ presentation. “We need to invest in our people, and let them know that we hear you. We want this for you. And let’s get it done.”

— In Focus: How the Harley Clarke Mansion became Evanston’s most hotly contested issue