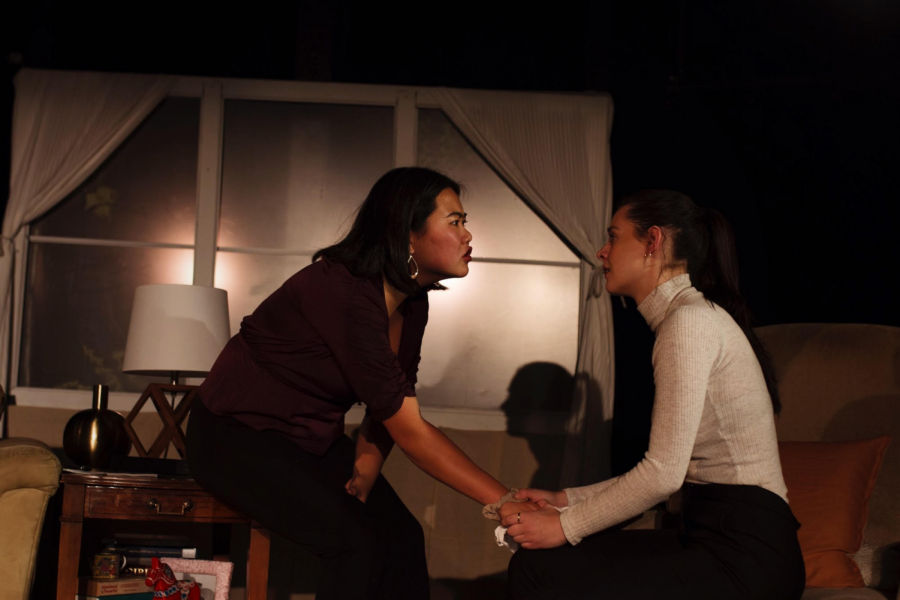 From a 2019 production of Never Not Once by Spectrum Theatre Company, a StuCo member board. StuCo published diversity and inclusion initiatives on Sept. 6.

In light of nationwide racial reckoning and protests, many Northwestern students have been fighting for substantive change and representation for people of color within the theatre community.

The executive board for the Student Theatre Coalition, NU’s collective of nine student theatre groups and two dance groups, published a diversity and inclusion statement on Sept. 6 which acknowledged that racism has persisted in student theatre.

The board examined and is making efforts to fix the ways in which student theatre has been complicit in systems that have unfairly disadvantaged students of color, StuCo co-chair Casey Wells, a Weinberg junior, said.

On Sept. 11, the board hosted a town hall in order to provide a space to talk about the anti-racism action items.

“These proceedings were not just (the executive board) having an insular conversation about things that we (thought) we should do, but actually getting input from the community,” Wells said.

StuCo co-chair Pallas Gutierrez, a Communication junior and former Daily staffer, said auditions and board selections before have favored those with prior theatre experience. But those with experience tend to come from well-funded theatre programs at affluent high schools, disadvantaging low-income people of color, they said.

In response to this concern, StuCo will work to make it more accessible for students without prior theatre experience, or with financial concerns, to participate in student theatre.

According to the statement, the board also wants to select more shows written by people of color. Communication junior Emily Zhang, a StuCo member and production manager who attended the town hall, said it is important to represent people of color in theatre because of the perspectives and experiences they bring, not only for the sake of diversity.

She said the race of actors adds a layer of complexity to the shows, and directors have to think critically about what that would mean for the story and for the characters.

When done meaningfully, telling stories of people of color encourages diverse audiences to come to shows, Gutierrez said. When they wrote a play about a Cuban-American family, their Latinx friends who had never attended theatre performances went to watch.

Zhang said student theatre is in a unique position where the students have the ability to take initiative to represent people of color and make impactful change.

“(Student theatre) is where I feel like we get a chance to make rules, make new policies, make structural change because we built the structure,” she said.

— Northwestern theater aims for growth in inclusivity of organizations, productions