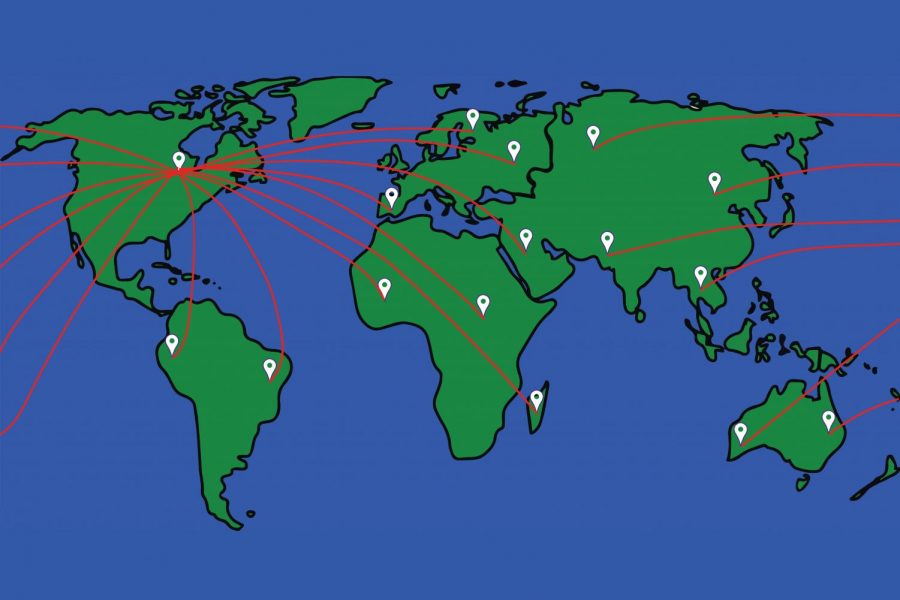 International students talk about difficulties and uncertainties under the Trump administration.

McCormick freshman Alicia Cabrera, who lives in Lima, Peru, is one of many international students who have found themselves unable to come to campus.

“I really wanted to go to campus this fall,” she said. “The whole year I was hoping to go because everything was so uncertain. But when the day came closer, I realized that I wasn’t going to be able to do so.”

U.S. Immigration and Customs Enforcement stated in July that incoming non-immigrant students will not be permitted to lawfully reside in the U.S. if their coursework is “100 percent online.” Freshmen with at least one hybrid or in-person class, however, are still able to enter and study in the U.S.

Though Cabrera could have selected an in-person class this fall to fulfill the visa requirement, she said she was unsure what would happen if courses changed to remote in the middle of the quarter.

“I was afraid that they were going to send us back home. Because there were not many flights that go from from the United States to Peru right now, that was also a concern,” Cabrera said. “So having this guideline that I had to take some in-person class was very stressful because I didn’t know what was going to happen if I went there.”

Despite this, Cabrera considered herself “lucky” because Peru follows Central Time during the summer in the Northern hemisphere, which means even at home, her classes would be in sync with her on-campus peers.

On the other hand, for McCormick freshman Ian Go, some classes will end as late as 4:30 a.m. Go, who lives in Manila, the Philippines, said he had decided to stay home as early as August and was preparing his sleep schedule to accommodate his late night classes.

“After COVID and after seeing how scary it is and how uncontrolled it is in a lot of places, my family thought that I should stay here and do remote learning,” Go said.

Due to the unavailability of visa appointments, uncertainty surrounding entry to the U.S. may persist beyond Fall Quarter for some international students.

Cabrera said despite submitting her forms as early as possible, her original interview date was cancelled and she had to reapply. She now has a timeslot for Jan. 20, two weeks after the start of Winter Quarter.

“I think the strange part of it is we don’t know the end of it,” Bello said. “We could go in Winter Quarter, we could not. We could spend the entire year here. We just don’t know how everything is going to play out in terms of public health, in terms of politics. It’s all very, very undefined.”

Erica Zhang, a Communication and Weinberg freshman living in Xi An, China, said some international students had been petitioning Northwestern to earn credits at a local university due to the uncertainty surrounding student visas.

A similar proposal called Study Away was enacted by Cornell University in July. With it, eligible international students would be able to study at 16 partner institutions for the fall semester and enroll in both local courses and online courses from Cornell.

In an email to the Daily, University spokesperson Jon Yates said international students on J1 or F1 visas may be able to earn credit for courses taken at institutions in their countries of permanent residence as long as existing credit transfer policies are met.

“So many people are in so many different situations,” Zhang said. “And we’re just thinking that a ‘go-local’ option would be beneficial for some of us.”