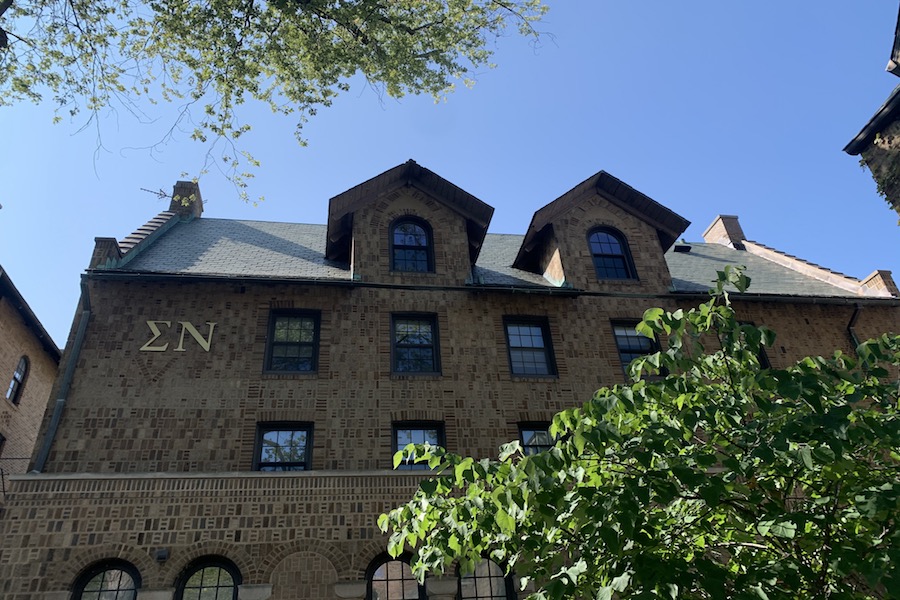 After their numbers began dwindling following a “mass wave” of disaffiliation, newly appointed executive board president J.R. Hecimovich said he doesn’t know what the future holds for the Sigma Nu chapter at Northwestern.

About 75 percent of the fraternity’s pledges, including the chapter’s former president, Weinberg junior Philip Clement, said they were inspired to drop out after seeing the momentum of the Black Lives Matter movement and testimonials on the Abolish NU IFC/PHA Greek Life Instagram account.

“I felt like a lot of people have had this large shift in perspective (over the summer),” Clement said. “With this new perspective, I personally didn’t feel comfortable being in an organization that operated the way Greek life currently operates.”

Clement said conversations took place virtually during the summer months and culminated in a larger meeting where he presented a three-pillar plan for reform. This included anti-racist recruitment practices, removing financial obstacles and dismantling misogynistic practices.

However even with a relatively progressive approach, Clement said many of Sigma Nu’s most active members still planned to deactivate. Without these members, he said he had no hope to accomplish meaningful reform and decided to deactivate as well.

“A big part of why I chose to disaffiliate or depledge was because of the Black Lives Matter movement and my views on defunding and abolishing the police,” Communication sophomore McGuire Price, a former member of the chapter, said. “I realized it was hypocritical for me to think the frat can reform if I don’t believe that the police can reform.”

Hecimovich, a McCormick and Communication junior, was vice president under Clement and has since taken over the presidency. But with the loss of their original leader, more members disaffiliated, leaving the chapter with about 25 members compared to about 100 last year.

Ben Buettell (Weinberg ‘84, Kellogg ‘88) serves as chairman of the board of directors for Sigma Nu as well as vice president and treasurer of the house corporation. He also acts as the president of the Gamma Beta Foundation, which provides financial aid funds for Sigma Nu pledges.

“I’m disappointed that some members have decided to end their membership, but each member must make his own personal decision, and I respect that,” Buettell said. “I believe fraternities and sororities have been, and can continue to be, important forums for dialogue on all relevant issues at Northwestern and elsewhere.”

Some members, like Communication junior Alejandro Malavet, said they have benefited greatly from the fraternity’s financial support. Malavet said his decision to participate in the chapter was partly a financial one, as he was given more aid than he owed in fraternity dues. But after a turbulent summer, he also decided to disaffiliate.

“I don’t really think any sort of amount of money would have kept me in the (organization),” Malavet said. “I just don’t really feel comfortable being associated with it anymore.”

That discomfort is also felt by those who remain in the frat, Hecimovich said. With the Abolish Greek Life movement happening at the same time as the pandemic, he said the situation is confusing and doesn’t know what comes next for the chapter.

The Office of Fraternity and Sorority Life told The Daily that it is aware of students making decisions around their affiliations with Greek organizations due to the contexts of COVID-19 and Abolish Greek Life. FSL wrote that it is committed and open to engaging with the campus community to “provide clarity” and ensure people are “equipped to make informed decisions” about their chapter affiliations.

Although Hecimovich said he is unsure if he will disaffiliate or not, he said it would be irresponsible to conduct recruitment at this time. He says while he and the continuing members remain, he wants to have as positive of an impact as possible.

“It might be better if some of us can be here with the knowledge and the good intentions that we have to try to maintain some level of control over how we are impacting campus,” Hecimovich said.

A previous version of this headline had misstated the number of members who had disaffiliated. The Daily regrets the error.