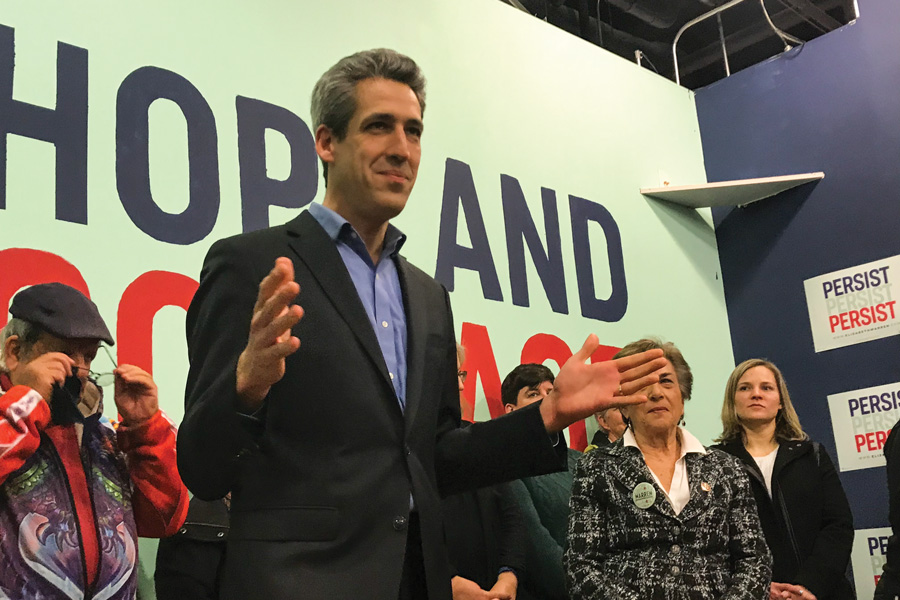 After six years as a state senator in Illinois’ 9th Congressional District and a 2018 gubernatorial run that fell short in the Democratic primary and resulted in an endorsement of Gov. J.B. Pritzker, longtime Evanston resident Daniel Biss is stepping back into politics with a bid for Evanston mayor in 2021.

Biss, who has lived in Evanston for 14 years, confirmed plans for his campaign to Politico on Thursday after announcing his candidacy with a Q&A in the Evanston Roundtable. During his 2018 gubernatorial run, Biss placed second in the Democratic primary, and received significant support from Evanston residents,

To officially run for mayor, Biss must submit a petition with at least 921 signatures of support for his campaign. The petitioning period began Aug. 25, and all petitions for mayoral, aldermanic and city clerk races in Evanston must be filed between Nov. 16 and Nov. 23.

Prior to the general election on April 6, Biss will also have to run in a Feb. 23 mayoral primary — a previous subject of controversy in the 2017 mayoral election, according to the City Clerk’s office.

In the last election, mayoral candidates were prepared to file in December, but one candidate, former 9th Ward alderman Brian Miller, filed in November and cited a 1992 referendum requiring a primary for any mayoral race with two or more candidates. Since then, the city has called for a more defined primary process.

Biss is the first mayoral candidate to officially announce his plans to run, less than a month into the petition period. Mayor Steve Hagerty has not yet announced whether he will run again. However, Biss told Politico his main focus in the coming weeks is the November election, where he will work to get Democratic candidates elected down the ballot.

“We’re in the midst of serious national discussions about racial justice, policing, and segregation — critical issues that shape the fabric of our society and that are addressed in large part at the municipal level,” Biss told Politico. “That gives progressive communities like Evanston the opportunity to enact visionary policies on these topics — it would be an extraordinary privilege to lead us through that process.”