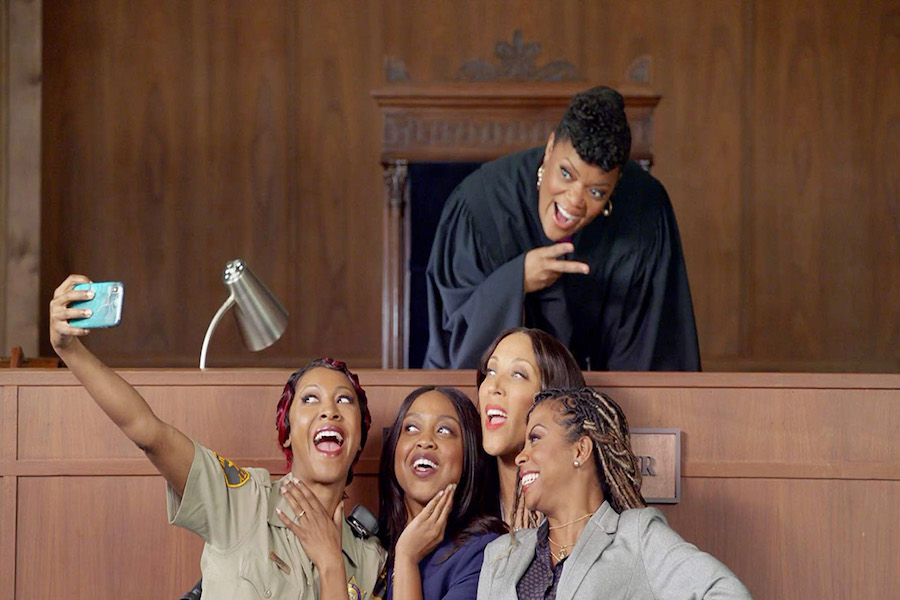 A still from HBO’s “A Black Lady Sketch Show.” Among this year’s Emmy nominees are Northwestern alumni Robin Thede and Ashley Nicole Black from the hit sketch comedy show.

Among those nominated for the 72nd Primetime Emmy Awards for excellence in television are Northwestern alumni Robin Thede, Stephen Colbert, Jill Leiderman, Seth Meyers, Jenny Hagel, Allison Hord and Attica Locke. From late night comedy hosts to drama miniseries producers, here are some of the alumni and their respective Emmy-nominated shows.

Created and produced by Robin Thede (Medill ‘01), “A Black Lady Sketch Show” is a narrative series that presents sketches performed by a core cast of black women, including Thede and Ashley Nicole Black (Communication ‘08), who also writes for the show.

The show, successor to David Letterman’s “Late Show with David Letterman,” follows the classic late-night talk show formula, with each episode starting with a monologue and a look at recent headlines.

Like other shows in its genre, the episodes also feature sketch comedy, celebrity interviews and musical performances. Jen Spyra (Communication M.F.A. ‘12) is a writer on the show.

Jill Leiderman (Communication ‘93) was nominated for Outstanding Variety Talk Series for “Jimmy Kimmel Live!”, of which she was the executive producer from 2006 to 2020.

The show is created and hosted by Jimmy Kimmel, and it features comedy, along with guests including other comics, celebrities, athletes, musicians and people with unusual or compelling personal stories.

This year, Meyers and writers Jenny Hagel (Communication M.F.A. ‘09) and Allison Hord (Communication ‘05) were nominated for Outstanding Writing for a Variety Series.

Meyers is known for his perfectly timed wit and off-the-cuff satire, and he blends politics, news and comedy. This is the fourth year in a row the show has received a nomination for this award.

Attica Locke (Communication ‘95) received a nomination for Outstanding Limited Series for “Little Fires Everywhere,” of which she is a co-executive producer.

The web television miniseries, based on the 2017 novel by Celeste Ng, is set in the Cleveland suburb of Shaker Heights, Ohio during the late 1990s and stars Reese Witherspoon and Kerry Washington. It tells the story of the picture-perfect Richardson family and a mysterious mother-daughter pair who turn the Richardsons’ lives upside down.

“Little Fires Everywhere” weaves together themes such as race, motherhood, adoption and class.