Football: What to know about the Big Ten’s October return 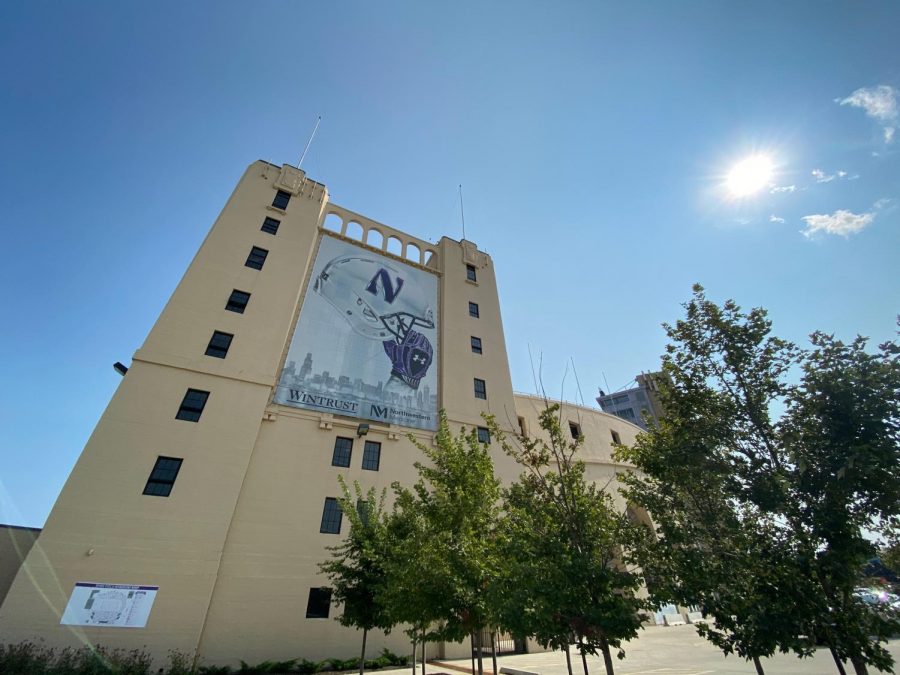 After 36 days of postponement, the Big Ten Council of Presidents and Chancellors (COP/C) announced Wednesday its decision for football to return next month.

Here’s a list of some important details regarding how today’s decisions affect the Wildcats.

All student-athletes, coaches and trainers will receive daily antigen testing before each practice and game, with a University-appointed Chief Infection Officer sharing each program’s data with the conference.

Daily antigen testing will begin as soon as possible, but no later than Sept. 30.

If a student-athlete tests positive for COVID-19 through a point-of-contact test, they will receive a polymerase chain reaction (PCR) examination to confirm the positive result.

Ohio State head team physician James Borchers said he is confident that daily antigen testing will prevent the spread of COVID-19 because the tests’ turnaround times, as well as confirmatory PCR testing, will allow programs to rapidly confirm infected individuals.

“We have been very comfortable with the idea that we’ll be able to provide daily rapid testing,” Borchers said. “That will give us great surveillance of our student-athletes and those individuals involved in those competitions (such as) coaches and staff and be able to respond to that with confirmatory molecular testing and PCR testing so we can quickly remove individuals that may be at risk of infecting someone else.”

Mjaanes said the antigen testing technology can detect outbreaks before they happen. It detects proteins of the virus at levels thought to be below the level of infectivity.

“So basically you’re catching somebody with a positive before they are even contagious,” Mjaanes said. “That’s a huge breakthrough in this. If we can do that on a daily basis, we can identify people before they’re even infectious. We can remove people and really maintain the sanctity and the health of the team.”

What the decision means for the general campus community

Schapiro was asked whether he thought it was appropriate to restart the Big Ten football season while Northwestern’s campus remains closed to freshmen and sophomores.

He responded that there was no reason to prevent the fall football season from happening if experts believed it could be done safely.

“The feeling was that if we could play football safely and there was a way the Big Ten was going to provide, to meet the costs of daily testing and we were able to do it,” Schapiro said, “I don’t see any reason why you don’t want to go forward.”

In a press conference later Wednesday, Maryland athletic director Damon Evans told the media that each Big Ten school was to cover the cost of its own COVID-19 testing programs. Evans estimated that it would cost each school between $700,000 and $1 million.

When asked what he would say to non-athletes in the Northwestern community who do not have the possibility to be tested at such a frequent rate, Phillips said he did not have an answer.

“That was a decision that was made and not with a lot of dialogue and not with an awful lot of reflection on what that would mean,” Phillips said. “In the end, this is something that the Big Ten is administering.”

All student-athletes who test positive will take part in cardiac testing that includes an echocardiogram and MRI scan. These student-athletes have to be cleared by a University-designated cardiologist to return to the field and can resume competition a minimum of 21 days after testing positive for COVID-19.

Concerns about the cardiac effects of COVID-19 arose earlier this summer when a number of Big Ten athletes were found to have developed symptoms of myocarditis — a rare condition that causes inflammation of the heart muscle — after testing positive for the virus. Mjaanes said every school in the conference now has access to cardiac MRI technology to help test athletes for myocarditis.

If a team’s positivity rate is above five percent and a population’s rate — the number of positive individuals divided by the total population at risk — is above 7.5 percent, the program must stop practice and competition for a minimum of seven days.

Schapiro said there was “almost virtually no chance” the conference could safely start competition five weeks ago, adding medical advances in understanding the pandemic and myocarditis gave him confidence to vote yes.

“When the facts change, our minds change,” Schapiro said

Each team in the Big Ten will play eight conference regular-season games starting the weekend of Oct. 23.

The schedule is expected to be announced in the coming days.

After each program plays eight games, the teams with the best records in the East and West Divisions will meet in the Big Ten Championship Game the weekend of Dec. 18. That same weekend, teams in the same slot in each division’s standings will face off.

Phillips, who chaired the Big Ten’s subcommittee on television, said his group has been in communication over the last month with various broadcast partners to get on the same page for television scheduling.

Additionally, he said the conference’s schedule will allow teams to participate in the College Football Playoff (CFP) and traditional bowl games.

“To play a regular season in a meaningful way, to weave it in with our partners at Fox and ESPN, to do it under the lights that our student-athletes so enjoy doing and to have it culminate at the end of the year with a chance to play in the CFP and a chance to play in traditional bowl games is incredibly exciting,” Phillips said.

“We had a schedule through Friday,” Fitzgerald said. “We’re going to adjust that now for tomorrow and Friday, do a little bit more installation and a little bit more on the field. Take a couple days off to kind of recover and then get really back into it next week with a six-days-a-week preparation.”

The conference is still discussing how many hours teams should practice.

Fitzgerald added that he feels confident that the team will be able to be ready for the season to start in October.

“We really took maybe about a week off between the postponement and starting workouts back,” Fitzgerald said. “We gave our guys a chance to go home and some guys came back this week. But they were all working out either here or working out at home with getting plans from our strength staff.”

There will be no public sale of tickets for Big Ten games.

Penn State athletic director Sandy Barbour told the media the Big Ten will look at each campus’ situation to try and find seating for the families of athletes and program staff members at both home and away games.

Updates on other sports coming soon

All fall sports, in addition to football, will have access to the Big Ten’s comprehensive testing efforts, Warren said. The Big Ten’s statement this morning said that information about the start of other fall sports, as well as winter sports that start in the fall such as men’s and women’s basketball, “will be announced shortly.”

Also on Wednesday, the NCAA’s Division I Council approved a Nov. 25 start date for the men’s and women’s college basketball seasons. Full practices for those two sports are permitted to begin on Oct. 14.

Phillips said that he hopes the decision on the remaining fall sports will be made sooner rather than later.

“Within a period of, I would hope a few days, if not into next week,” Phillips said. “We have to get our arms around what we’re going to do with the fall sports. But that decision from the Big Ten is forthcoming.”

— Big Ten announces postponement of all fall sports, aims to resume play in the spring