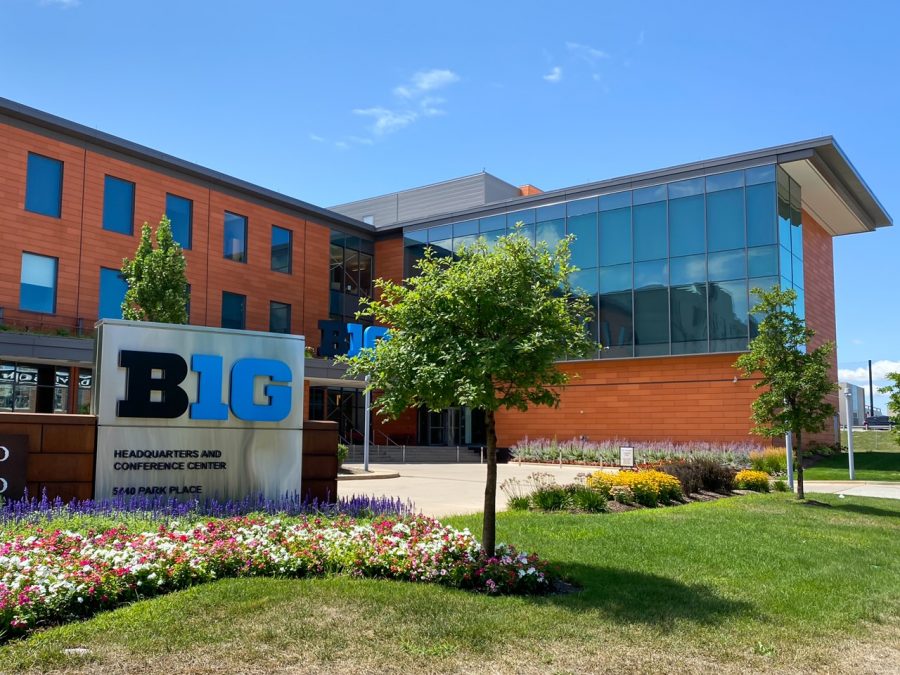 Big Ten Headquarters in Rosemont. The conference's leaders unanimously voted for its college football season to return in October.

The Big Ten’s Council of Presidents and Chancellors (COPC) announced a plan for an October start to the conference’s football season Wednesday, reversing its Aug. 11 decision to postpone the fall sports season.

The conference will require all athletes, coaches, trainers and other individuals who are on the field for practices and games to undergo daily rapid testing for COVID-19.

“From the onset of the pandemic, our highest priority has been the health and the safety of our students. The new medical protocols and standards put into place by the Big Ten Return To Competition Task Force were pivotal in the decision to move forward with sports in the conference,” said Northwestern President Morton Schapiro, the chair of the COPC and of the Return to Competition Task Force Steering Committee. “We appreciate the conference’s dedication to developing the necessary safety procedures for our students and the communities that embrace them.”

The vote to resume play was unanimous, the conference said. In August, the COPC voted 11-3 to postpone all fall sports in the conference, with Iowa, Nebraska and Ohio State dissenting.

While the conference has yet to formally announce the updated schedule, the season will start its eight-game slate on the weekend of October 23-24 and end with the Big Ten Championship Game in late December. Games will likely proceed at campus sites without fans, according to reports from ESPN.

The decision to play a season beginning in October applies only to football. The conference has yet to announce its plans for other fall sports.

League officials presented a formal plan for the conference’s return to play to the COPC on Sunday, per Yahoo Sports’ Pete Thamel’s reports. The weekend meeting involved presentations from medical, scheduling and television subcommittees, and reportedly stressed improvements on the daily rapid COVID-19 testing front. The Pac-12 and Big 12 conferences have already announced partnerships with medical companies to provide rapid daily testing for athletes at their member schools.

Northwestern’s biggest names were involved directly in the Sunday meeting, according to ESPN’s Adam Rittenberg: Schapiro chairs the COPC and the Return to Competition Task Force; athletic director Jim Phillips chaired the subcommittee on television; and coach Pat Fitzgerald was one of four coaches on the subcommittee on scheduling.

“I’m excited for our guys to have a safe opportunity to play the game they love,” Fitzgerald told the Chicago Tribune.

Uncertainty about which schools will be able to field teams and play games in October remains. As of Sept. 10, more than 8,500 COVID-19 cases had been recorded on the Big Ten’s 14 campuses since the start of the pandemic, per the New York Times’ database.