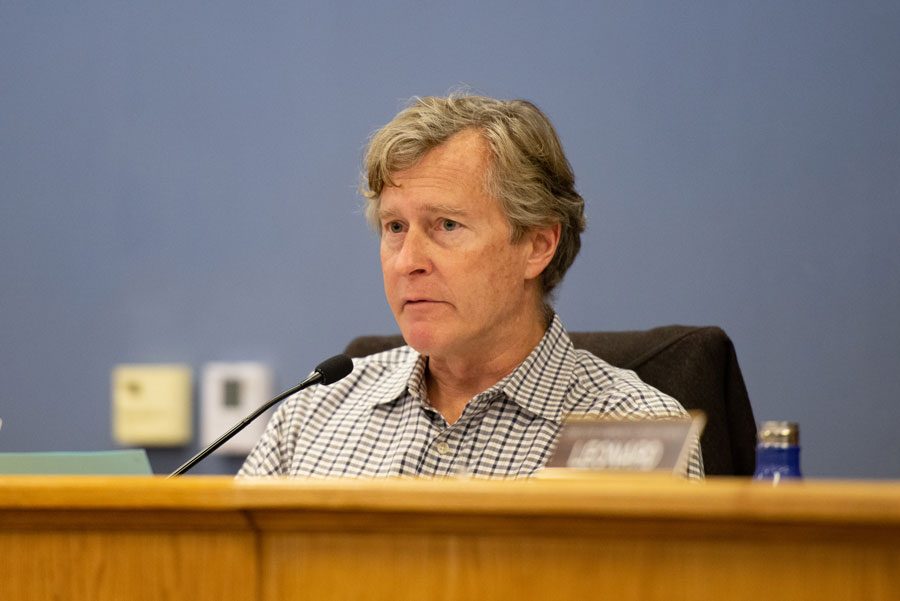 City Council voted Monday to table a resolution that would have created a temporary moratorium on tenant eviction notices due to COVID-19.

The proposed moratorium, similar to a directive currently in place throughout Illinois, would protect tenants who failed to meet rent payments due to COVID-19-related financial difficulties. To qualify under the moratorium, the renter would need to submit a Tenant Notice of COVID-19 Impact to their landlord and negotiate a repayment agreement.

The moratorium would not absolve tenants of missed rent payments or protect them from evictions unrelated to COVID-19, such as significant property damage to their unit.

Kelley Gandurski, the city’s corporation counsel, said the resolution was first drafted as a stopgap to extend protections for Evanston tenants when Gov. J.B. Pritzker’s statewide eviction moratorium was set to expire at the end of August. However, Pritzker later extended the temporary ban through September 19, and the Centers for Disease Control and Prevention issued a federal moratorium in effect from September 4 through the end of the calendar year.

“We amended the resolution to dovetail those state and federal moratoriums, which will just extend those provisions for another 60 days once they end,” Gandurski said. “If at the end of the year the federal moratorium ends, this will last them until February.”

Wilson said he believes the resolution would lead tenants to negotiate unnecessary deals with their landlords under a perceived but false threat of eviction. The federal moratorium, he said, already blocks landlords from filing most evictions.

“It puts requirements on landlords who are seeking to do an eviction that they can’t even actually do,” Wilson said. “That might lead a landlord or a tenant into making a deal that might not be in their best interest.”

The federal moratorium does not apply when states, local territories or tribal areas have issued separate moratoriums with equal or greater protections for tenants. However, Wilson said the CDC directive is stronger than the proposed local moratorium. The CDC moratorium, he said, provides a sweeping ban on evictions, while the proposed resolution would only impose limitations and require landlord-tenant negotiations.

Landlords have filed lawsuits against the CDC moratorium, and some legal experts claim the directive overextends the body’s federal authority. Ald. Cicely Fleming (9th) said she thinks the moratorium could be thrown out in court.

“I’m not sure if I want to hang my hat for tenants rights on (the CDC moratorium), given our federal government,” Fleming said.

Fleming, who voted against tabling the resolution, said she wants to provide extra support for local tenants. But Wilson said he believes the resolution could do more harm than good.

“It does not dovetail with the recently drafted and adopted CDC provisions,” Wilson said. “If there’s a desire to have greater protections, maybe we can entertain that, but the way it’s written right now, I think opens the door for the opposite to occur.”