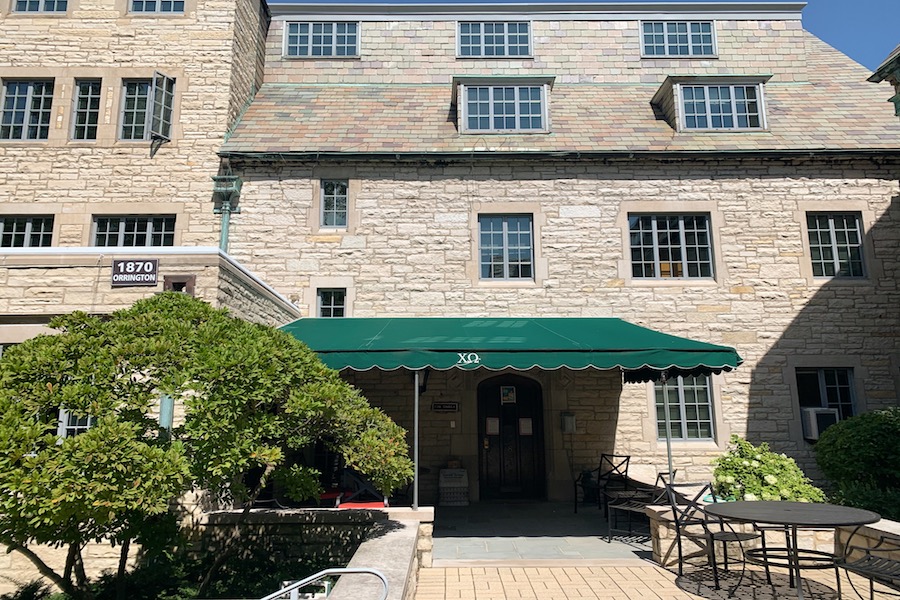 Forbidden from voting on dissolution, Northwestern’s Xi chapter of Chi Omega published a 19-page open letter to the sorority’s national Supreme Governing Council on Tuesday, calling for accountability within the organization and nationwide reform.

As many Greek life chapters on campus reevaluate their role at NU, the majority of Chi O members favor the dissolution of their chapter, according to an Instagram post published Tuesday on the chapter’s account. However, the post said their national organization has prevented the chapter from voting on the issue.

“Chi Omega needs to be held accountable for racist, classist and oppressive practices,” the post read. “Given the overwhelming control that the national organization has over individual chapters’ ability to disband, Xi chapter has written this open letter to Chi Omega Nationals in an effort to reform a national greek (sic) system while it is forced to exist.”

This comes days after NU’s chapter of Gamma Phi Beta voted to relinquish its charter, approved by its international organization last week.

Weinberg junior Sheridan Bernard, vice president of the chapter, said members began talk of disbanding with the national organization around the time the Abolish NU Greek Life Instagram account was created. She said members asked what dissolution might look like for their chapter, but national representatives said there was no way the chapter could vote to disband because that could involuntarily take away membership of those not in favor.

If every member chooses to deactivate or resign their membership, Sheridan said that could pave the way for possible dissolution of the chapter. However, she said in that case, the national organization would likely send representatives to campus to recruit new members themselves.

After that, Sheridan said a group of 10 to 12 members wrote the open letter because they wanted to help change current policies and reform the system for future members. The letter, she said, draws from experiences of current members and stories shared through the Abolish NU Greek Life Instagram account.

“Nationals would essentially tell us that these changes (from the letter) are possible on an individual chapter level, but they didn’t talk as much about making those changes on a national level,” Sheridan said.

The demands outlined in the open letter go beyond the measures already introduced by the national organization, calling for the Council to release data on Chi O’s diversity, open recruitment to non-binary people and alter the organization’s financial policies.

The national Supreme Governing Council has yet to issue a public response to the chapter’s demands. However, since the letter was published, about 300 Chi O members from chapters across the country have already signed it in support.

“A lot of them are saying they’re excited that we’re doing it because they felt like they weren’t able to make the change within their chapters because they’re just one person,” Sheridan said. “My biggest hope for this is that these changes happen and people internalize not just the fact that we’re making changes but why we’re making them and how our place in Greek life affects others, especially marginalized people.”

While Chi O’s national organization did recently form a “Special Committee on Diversity, Equity and Inclusion,” no representatives from the University’s chapter serve on the body. Furthermore, beginning this fall, all current and new members of Chi O from across college campuses will be required to participate in conversations centered around the topic of diversity, equity and inclusion.

“It is our hope that, through these small-group conversations, understanding and sensitivity surrounding these important topics will be fostered, and sisters will make thoughtful choices throughout their lives, while standing together as advocates and allies for marginalized communities,” the Supreme Governing Council wrote on their website.