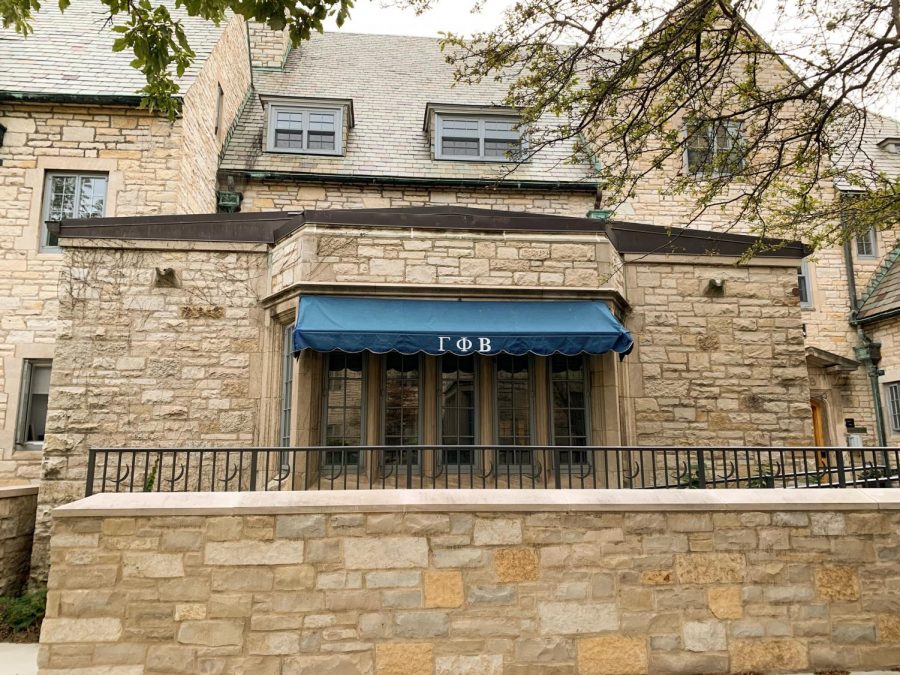 The Gamma Phi Beta house, 640 Emerson St. Alumnae and former members of the Northwestern GPhi chapter have recently clashed over the decision to suspend its charter.

Northwestern’s chapter of Gamma Phi Beta voted to relinquish its charter Aug. 3 and was approved by its International Council to indefinitely suspend its charter last Thursday.

This comes two months after the beginning of Northwestern’s Abolish Greek Life movement, which calls for the dismantling of Panhellenic Association and Interfraternity Council.

Over the course of the summer, former GPhi Financial VP Lily McClain said the chapter began filing incident reports and discussing topics like abolition and disbandment once these Instagram comments were brought to light. Former members of color shared stories about fellow members saying the N-word and stereotyping black men, as well as their experiences feeling uncomfortable eating ethnic food in the dining room or being asked to pose for an Instagram post to show off the chapter’s diversity, she said.

The chapter’s executive board, of which McClain was a member, had meetings with the GPhi International Council on reforming chapter dues, the fine system, the sorority’s affiliation with fraternities, the legacy policy and gender identity restrictions, she said.

McClain said the conversation topics within the chapter moved to disbanding once they realized the GPhi International Council did not support their ideas and instead advocated for more gradual reforms.

GPhi motioned a vote to relinquish its charter Aug. 3, which McClain said passed with a majority in favor. As the International Council reviewed the vote, members of the NU chapter sent letters to explain their reasoning for disbanding, which she said may have been the reason why the Council decided to hear them out and sent an email about the charter’s suspension on Aug. 27.

“Gamma Phi Beta has existed with systems of oppression and barriers to access for far too long, and we accept our role in changing that,” the GPhi International Council wrote in the email, obtained by The Daily. “We fully acknowledge that we are not only late but also new to the active work of anti-racism and inclusion, so we look to those who have been doing the work long before us for guidance and inspiration.”

The email continued, “When Gamma Phi Beta returns to Northwestern, it will be as an organization who has done and will continue to do the work at all levels for equity and inclusion. We look eagerly toward a more inclusive, accessible future at Northwestern where Gamma Phi Beta will demonstrate fidelity to our guiding principles and provide a meaningful sisterhood for all women who share our values.”

Even though GPhi’s charter is suspended for the time being, McClain said it is still technically in place and there is a possibility for the chapter to return in the future. According to the email, the GPhi International Council did have the opportunity to accept the relinquishing of the charter and close the chapter at NU, but decided that it had not “lost hope” in the ability for GPhi to “confront and dismantle racism and exclusion.”

However, McClain said she doesn’t see any value added in Greek life on NU’s campus anymore. She said at this point the institution “only takes from the University” and any efforts to improve it are a moot point.

“It became very apparent to me — which it should have been apparent all along — seeing the ways in which (Greek life) further segregated an already elitist university into an even more elitist group,” McClain said.

A former member of GPhi, who chose to remain anonymous, said regardless of whatever experiences some members may have had in the organization, it’s important to listen to people who were harmed and do something about it. She added that the situation made her see how representation and diversity initiatives “aren’t enough.”

The Abolish Greek Life movement has exposed the systemic issues with the institution, but she added that the last few months had also prompted a major reckoning with the specific issues of her chapter. Even if a lot of the concerns came from older pledge classes, she said the former members felt obligated to call out the issues and make sure they never happen again.

“People are finding out the very real flaws in the way the system was designed,” she said. “I can’t see a world in which GPhi is going to come back in a few years.”